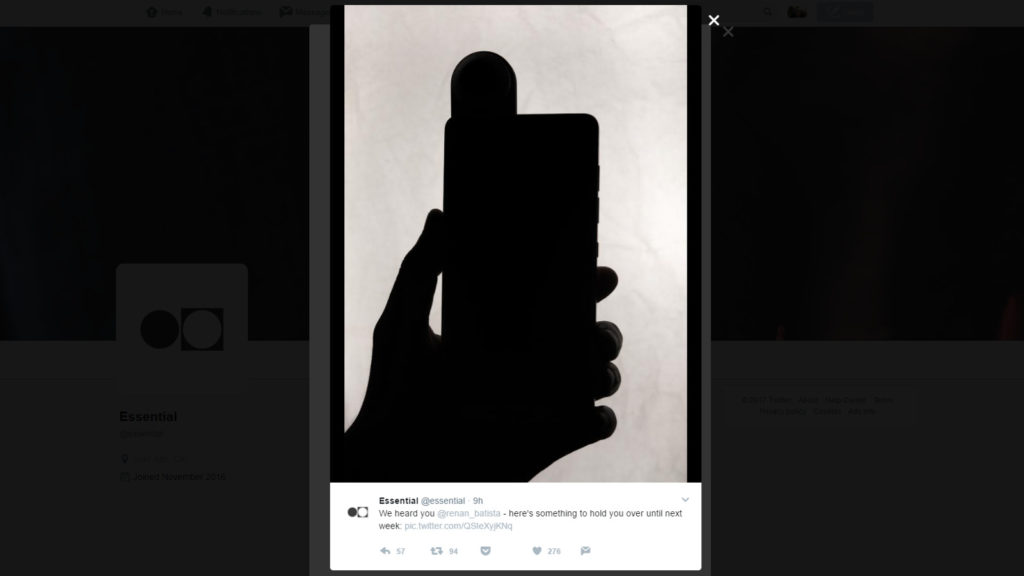 Andy Rubin made waves earlier this year when his new firm, Essential, teased a new smartphone with thin bezels.

Now, the Android co-founder’s company has teased a look at the device, as well as a launch date, saying that “something big” was coming on 30 May.

Hi, welcome to our Twitter page. We’re here to let you know something big is coming May 30th! Stay tuned…

So what could it be? Essential later tweeted a silhouette of the device, showing a smartphone with what appeared to be a bulbous attachment atop it.

However, it seems like we’re looking at a phone with a 360 camera, as evident by the lens if you zoom in on the photo. If that’s not enough evidence, Twitter user Salah Ahmed responded to the tease with an edited shot, seemingly revealing the camera.

More evidence for the 360 camera comes via Rubin himself, who tweeted a photo of a project his colleague was working on. The photo showed a monitor with an unstitched 360 degree view of sorts.

Can anyone guess what my colleague Wei is working on? First correct guess wins a signed version of the product when it’s ready! pic.twitter.com/RjGLczdCgV

I suppose we’ll find out all on 30 May. Here’s hoping the 360 camera is either detachable, or doesn’t have a massive bump. 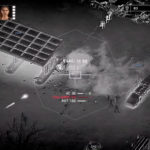