Why reveal new games one by one when you can simply do an entire blowout? That’s what Ubisoft did, announcing a series of entries in popular franchises.

For starters, we’ve got a new, as yet unnamed entry in the Assassin’s Creed franchise. The franchise’s UK Twitter account didn’t give much to go on, aside from a GIF that says “a new era begins”.

The second game announced by Ubisoft was The Crew 2, being a sequel to the original free-roaming racing title. Aside from a logo, we don’t have any other details here either.

Prefer a shooter? Then you’ll be glad to know that Ubisoft has confirmed Far Cry 5 is coming. Again, aside from Ubisoft publishing a logo and confirming the game title, we have no other details on hand. 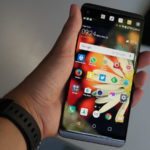