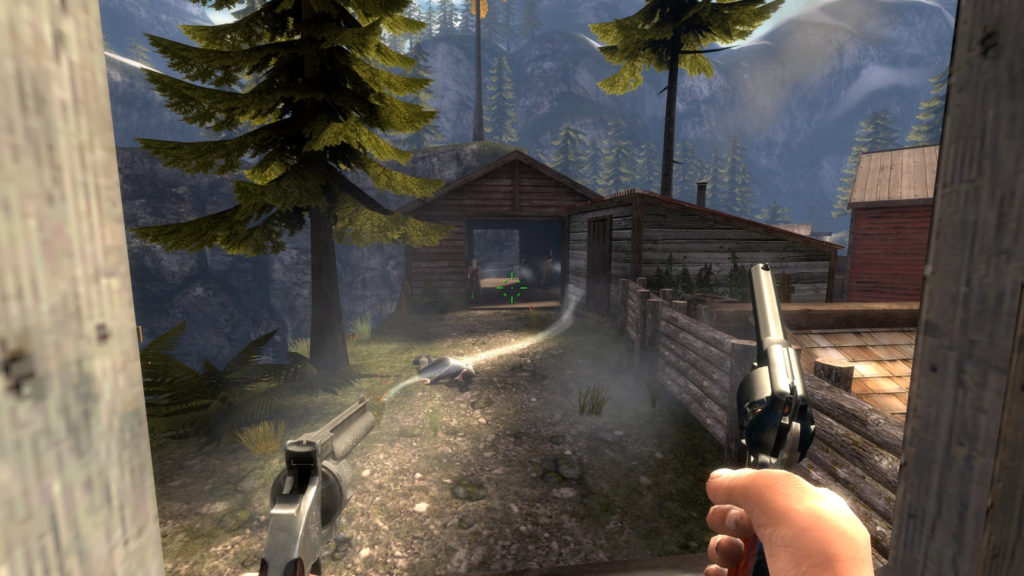 In the last month or so, I’ve started exploring Steam’s extensive library of free-to-play online-multiplayer titles in search of something that could provide me with the same level of satisfaction as the big guns (Battlefield, Call of Duty), without totally breaking the bank.

Through this expedition I’ve discovered three gems that fit these criteria. They might not boast the graphical prowess or praise of their big league cousins, but they firmly stand their ground as immersive and entertaining multiplayer titles.

Fistful of Frags is a fast-paced western-themed shooter built in Valve’s Source Engine, and personally, is one of the most addictive games I’ve played in recent years. As you can imagine, it plays a lot like a cowboy Counter Strike (and reminded me a lot of the multiplayer in Call of Juarez).

Although there are a variety of game modes, the main aim of the game will usually be to get the highest number of “Notoriety Points” in a match. Notoriety Points are earned by performing kills, with the number of points based on the quality of your kill. Actions such as head shots, kill-streaks and environmental kills (like shooting an explosive barrel) will earn you the most notoriety.

You will take part in roughly ten-minute-long rounds and will be prompted to choose your weapons (or buy them, depending on game mode) at the start of each round (or later by pressing “B” in the “buy zones”).

Instead of modern weaponry, you’ll be provided with a broad selection of 19th century weapons such as a bow-and-arrow, Colt revolvers, a Smith Carbine sniper rifle (with iron sights of course) and the ever-faithful sawed-off shotgun. You will also be able to collect special weapons from colour-coded chests hidden in the maps, providing you with higher-tier guns.

Now that’s enough talking. Arm yourself and pass the whiskey!

What I liked about this game:

Beyond the highly-satisfying frantic and tense gameplay (and the obvious allure of the Wild West), I really enjoyed the wide variety of game modes. Versus Mode, for instance, pits players against each other in one-on-one rounds, each round providing you with a different setting and selection of weapons, such as a sniper rifle in field filled with explosive barrels. And, as with any good free-to- play title, there is a much-appreciated lack of a pay-to-win system.

Other than being a bit “graphically-challenged”, I couldn’t find much wrong with Fistful of Frags. All in all, it’s a great game. The weapons can, at the best of times, be horribly inaccurate but I think that’s a case of truthfully simulating 19th century guns. There also aren’t any South African servers, with the lowest ping (referred to as “latency”) I’ve encountered being around 140.

Last Man Standing is one of the most frustrating yet rewarding experiences I’ve had in gaming. It falls under the fairly new “Battle Royale” genre (H1Z1, PlayerUnknown’s Battlegrounds), which pits a considerable amount of players against each other in a large open-world map. The aim of the game, as its name suggests, is to be the last man standing.

In the case of Last Man Standing, up to a hundred players can join a single round. When entering a match, you will be dropped at a random location on the map, armed with nothing but your bare fists. It is then up to you to explore the map in search of weapons and attachments (scopes, grips, etc.), while avoiding conflict with other players. The game also boasts a surprisingly in-depth attachment system, allowing you to add various magazines, scopes, muzzles and grips to your guns.

Once you’re armed though, you will have to use a blend of stealth, tactics and environmental awareness to even get close to the top ranks. You might think camping in some obscure part of the map might gain you the advantage but another feature of the battle royale genre is the presence of an ever-shrinking damage barrier that forces players to converge at a single spot.

What I liked about this game:

The tension in this game can be pleasantly overwhelming. Your death is potentially waiting for you around every corner and overcoming it is an extremely satisfying experience. I also liked the fact that money doesn’t get you ahead (as guns are collected in the map and not bought) and can only be used to buy “coins”, which can then be spent on pure cosmetics (of which there is quite an extensive library).

It takes a few minutes to enter a round, which can be annoying if you died quickly in the previous match. Also, there are no South African servers, so for now our best bet is the European one that gives you an average ping of 160.

If Far Cry and Minecraft had a baby, the result would probably look a lot like Unturned. In its most basic form, Unturned plays like your typical sandbox survival game. You will start out with nothing and will have to collect various resources to build structures and keep your meters (hunger, thirst, health, etc.) in check.

Although you are able to build makeshift weaponry via the crafting system, your strongest weapons will be spawned at random locations around the map. There are also lots of other goodies to discover such as a range of vehicles and boats, and even the occasional plane or helicopter. Exploration isn’t just encouraged but highly rewarding.

Unturned also provides you with pretty decent character customisation. Even though your character is basically an assembly of blocks, you will be able to change its colour and have a selection of hair and beard styles to choose from. You will also be able to mix and match different outfits, which you will find while exploring the map.

Unturned is one of the most impressive free-to- play titles I’ve encountered and it’s almost unimaginable to think that the bulk of it was created by an eighteen-year-old named Nelson Saxton.

What I liked about the game:

For starters, Unturned is the only title on this list that boasts South African servers with a very tolerable 37 – 80 ping. Beyond that, the game provides you with a plethora of things to do and experience. From building custom structures to driving tanks, there is a ton of fun to be had.

There is also a great variety of game modes, such as role-playing, death matches, and even a battle royale. Whether you want to bathe in the blood of your enemies or just have some creative fun, Unturned will be sure to keep you busy.

Like most survival games, you will be stuck in an interminable grind for resources and experience points (used to level up your character stats). If you’re going at it alone, this process can become rather dull and tedious. The South African servers are also seldom as active as its foreign counterparts, and I often found myself migrating to the European servers. 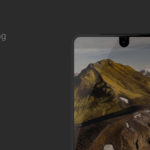