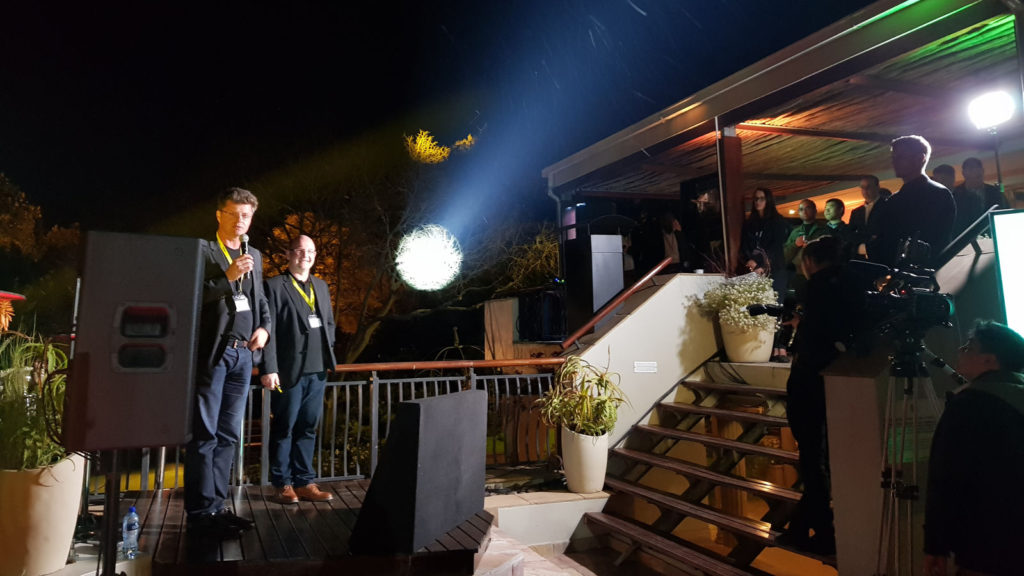 “It was overwhelming. We went to the meetings and people are coming and hugging, (saying) ‘thank god you are bringing Nokia back’.”

This was according to HMD Global CEO Arto Nummela, speaking to Gearburn at the Nokia/HMD launch event in Johannesburg. The event officially welcomes Nokia-branded smartphones, running Android, to South Africa,

Nummela, a long-time Nokia veteran, said that they “couldn’t find a country in the world” that was unwilling to bring Nokia smartphones back.

The Nokia-branded Android phones are shaping up to be very promising phones in their own right. But the company also launched the Nokia 3310 reboot, coming to South Africa earlier this month. And the media response from some quarters (ourselves included) was that it was overpriced for a feature phone. After all, you can buy an entry-level Android phone, that actually runs WhatsApp, at a cheaper price.

The executive says that in more developed markets, people wanted a “detox phone” with a “battery that lasts forever”.

“One thing that we are investing a lot in… the Nokia feature phones… is the quality. And quality costs. It is just a fact of life.”

Generic phones with the Nokia name slapped on it?

Is it just Nokia in name only? How much actual Nokia DNA is in this partnership?

“We selected Nokia designers, all the designers who want to do Nokia. And to be honest, this has been the easiest recruitment challenge I have ever had…” the CEO answered. He added that these designers were responsible for “pretty much all the hit devices” by Nokia over the years.

“These are inside-out, Nokia devices, in terms of how they feel, but then also, the soul,” the CEO added. In fact, he claimed that they conducted consumer testing with the new crop of smartphones, removing all branding.

“Most of the people said ‘this must be a Nokia’… And to be honest, the most Nokia (sic) out of all of this was the Nokia 5.”

Of course, Nokia is entering a crowded market in the Android space, but Nummela is aware of this.

“In terms of Android, the competition is extremely fierce, no doubt about that,” the CEO explained, citing a pure take on Android and regular security updates as a few differentiating factors.

So what kind of target has the company set for itself? The CEO didn’t dive into specific figures, but it’s certainly a lofty goal anyway.

“Our joint aspiration with this partnership we created is that we are going to be among the top Android players in the coming three to five years.”

Nummela spent well over a decade at Nokia, so what did he think when the company switched to Windows Phone and dropped MeeGo? Unfortunately, the HMD CEO says he wasn’t able to comment on this.

“So I can’t also ask you for your thoughts on the conspiracy theory that (former Nokia CEO) Stephen Elop was a mole?” we asked.

“I cannot comment. You’ll have to ask Stephen Elop, he (currently) works at Telstra,” Nummela grinned and answered. The HMD CEO noted that they were actually working with Elop as part of Australian launch efforts.

Nokia seems to be going all-in on the world’s most popular mobile platform then. But what are the odds of a Windows Phone or even a Sailfish device, for old time’s sake?

Nummela said the two flagging platforms accounted for less than one percent marketshare, meaning Android was “clearly the choice of consumers”.

On camera patents, flagships and tablets

Of course, Nokia smartphones were well-known for their camera credentials, but has HMD licensed any of these patents from Nokia?

“I can’t disclose exactly the contents of our deal, but we made a substantial investment in IPRs [intellectual property rights – ed] when we made this arrangement with Nokia…”

The HMD CEO did however stress that imaging was “definitely” a basic feature in smartphones and that they were taking it “extremely seriously”. He added that they were working on different partnerships that would be announced in due course.

Nummela refused to comment on the upcoming and oft-rumoured Nokia-branded flagship phone though. What about the possibility of tablets and smartwatches?

The HMD CEO cited sinking tablet sales and the popularity of two-in-one devices as a reason to leave tablets alone for now.

“So, we don’t have any immediate plans to look at that. If we do something in that space, we want to innovate.”