We all know that the Google Pixel 2 is coming, especially after the praise heaped on last year’s models. But it seems like have our first leaks of the next-generation Pixel phones.

According to XDA Developers, citing a source “familiar with the matter that spent time with at least one of these phones”, there will indeed be two models available.

The so-called Taimen variant is the XL version, packing a 6-inch AMOLED screen with a 1440p display — ideal for VR then. The source adds that the display is made by LG, which lines up with earlier reports regarding Google and LG Display.

Otherwise, a single camera, 4GB of RAM, Snapdragon 835 and smaller bezels are also set for the larger handset, the source says.

The Google Pixel 2 seems to be an evolution over last year’s model, but the headphone jack is a big question

Then there’s the Walleye model, being a smaller Pixel with a 5-inch full HD display (screen tech wasn’t revealed, but we’re assuming AMOLED), similarly large bezels and overall design to last year’s model, a Snapdragon 835 chip and 4GB of RAM.

However, XDA’s source also claims that the small Pixel will have front-facing speakers but no headphone jack. Sigh. It’s unclear whether the lack of a headphone jack applies to the smaller model only or both phones. 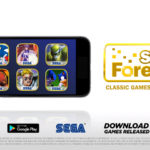