Gran Turismo Sport might be the most eagerly anticipated PS4 exclusive of 2017, but when’s it coming out anyway? Fortunately, Sony and Polyphony Digital have dished out a 18 October launch date (17 October in the USA) for the new title.

The news comes a short while after the conclusion of the game’s beta, which saw players able to get their hands on pre-release builds of the game. Gearburn’s own Andy Walker spent some time with the beta, coming away suitably impressed for the most part.

Polyphony Digital also detailed the various editions of the game that will be available at launch, starting with the standard edition, obviously.

Other editions include the Collector’s Edition, Steel Book Edition, Digital Deluxe Edition and the Day One Edition.

Gran Turismo Sport represents a departure of sorts for the franchise, focusing on the esports aspect of virtual racing. In fact, the FIA motorsports body has teamed up with Polyphony Digital to run championships in the game. The governing body adds that virtual champions will be honoured alongside real-world champions at the FIA’s yearly prize-giving.

Content-wise, we’re looking at 140 cars and 19 tracks. But these will be revealed in more detail later this year. 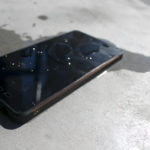