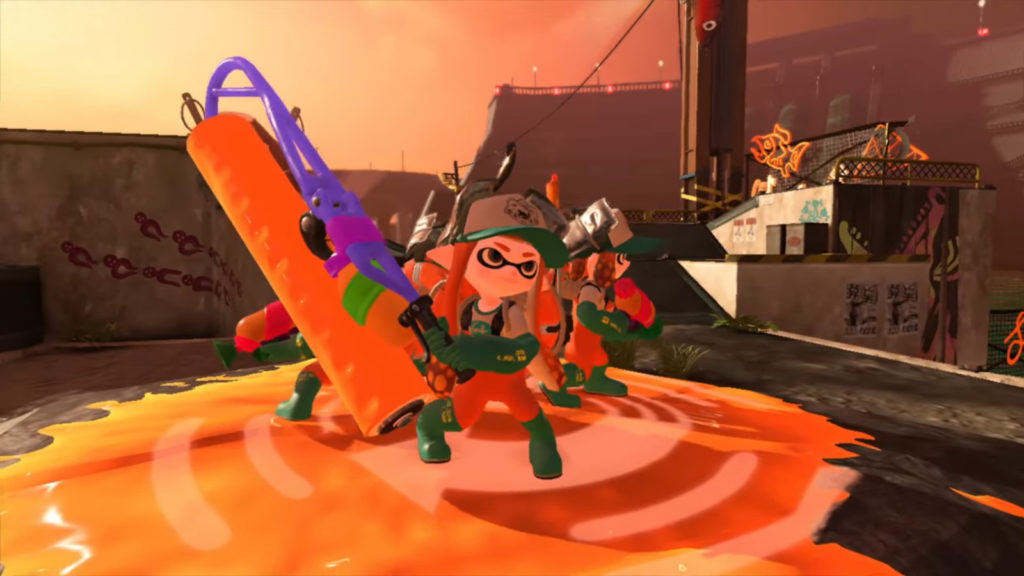 The original Splatoon represented a rather whacky and original take on the multiplayer shooter. Featuring kaleidoscopic visuals, unique traversal mechanics and fun paintball-style ink battles, was there any wonder that we’d see Splatoon 2?

In any event, the review embargo has lifted, so what do some of the bigger outlets think of the sequel?

The publication’s Sam Machkovech writes that Splatoon 2 isn’t the original game with a number attached to the end of the title.

“Splatoon 2 is a bona fide sequel, if barely, but that jump in number matters when I offer it as an unqualified recommendation for the next purchase most Switch owners should make. The game has its glaring issues, but Splatoon 2 absolutely executes on the promise and innovation of the original game.”

Machkovech notes that the campaign and multiplayer modes “largely resemble” the original game, but adds that the fleshed-out single-player portion does a good job of teaching you to use new tactics. The writer also praised the level verticality/traversals and better weapons/powers.

All in all, the reviewer noted that Switch owners who enjoy shooters should get the game, even if the new Salmon Run mode wasn’t good and loadout-swapping was a pain.

The publication gave Splatoon 2 an eight out of 10, saying that there are enough new features and tweaks to make it stand out from the first title.

The single-player mode gets praise here, owing to the variety of collectibles on offer, satisfying traversal mechanics and variety of weapons. And the website’s Kallie Plagge says that lessons learnt from the campaign also apply to multiplayer for the most part.

Much like Ars Technica, Plagge also noted the disappointing approach to loadouts, because “there’s no way to change your weapon once you’re in a lobby, so you’re stuck with whatever team composition you get”.

Gamespot also bemoaned the lack of integrated voice chat, with an upcoming smartphone app being the only solution so far.

The website’s Chelsea Stark slapped a “provisional” eight out of 10, owing to a wait-and-see approach regarding the game’s online performance at launch.

Stark praises the single-player mode in Splatoon 2, saying that the levels are all built around a specific mechanic, with these mechanics being used in hub worlds to uncover the next level’s entrance.

“While levels can be completed in any order before accessing any of the five hub world bosses — which is freeing! — sometimes I needed the weapon or practical knowledge from a previous level to reach the next one,” Stark noted.

The reviewer did have reservations about map rotation and criticised a few other multiplayer-focused mechanics.

“Want to swap your loadout while you wait for your eight-person squad to fill up? Nope. Want to see what your teammates are working with before the match? Impossible. Even more frustrating: You can’t queue with a team of fewer than four players. Decisions like these don’t make a lot of sense, especially when stacked against the modern multiplayer marketplace.”

Stark praised the Salmon Run mode though, but criticised the lack of online play here.

In his review for veteran publication Destructoid, Chris Carter bestows an 8.5 out of 10 on Splatoon 2.

The writer heaps praise on the expanded weapon variety, before speaking positively about the single-player campaign. Carter does however caution that future games might need to reinvent the campaign, as they’ve “officially reached the limit of this formula”.

Destructoid’s review is also full of kind words for the Salmon Run mode, noting that it was “just what the series needed” and that we could see a deluge of speed-runs posted online. However, Carter adds that accessing Salmon Run was a “complete mess” due to confusion over when it can be played online (if at all).

The writer also praised the more intricate features (such as powering up gear and League Battles) that aren’t a requirement at all to enjoy the game if you’re a newbie.

“If you’re the type of person who tried Splatoon for a little while and gave up, Nintendo hasn’t done a whole lot to change your mind outside of adding a horde mode. But with more concessions for higher-level play and a deeper meta, veterans will be jumping ship from Wii U to Switch in an instant.”