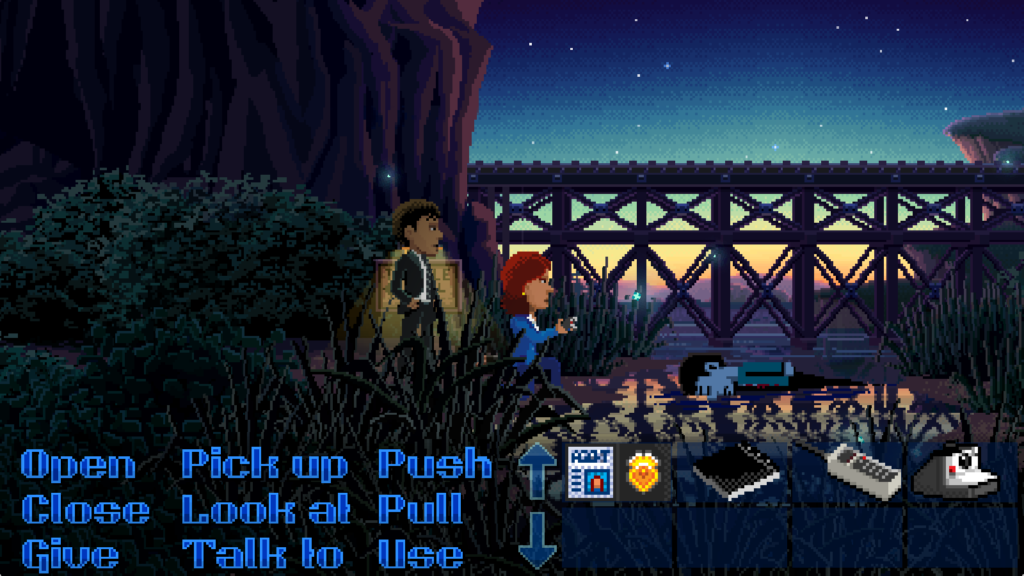 It’s Better Late Than Never time again, the review series that takes a look at the gaming titles we have unforgivably overlooked in recent months.

In this instalment we will be looking at two mystery-ridden, pixel art titles: the pleasingly bizarre retro-inspired point-and- click adventure, Thimbleweed Park, and the dark and unforgiving 2D-sidescroller, The Final Station.

If you’ve ever played any of the old-school Sierra or LucasArts point-and-click adventure games, then you will feel right at home in Thimbleweed Park. This game does not only blatantly and shamelessly draw its inspiration from these titles, but its characters often openly, and rather humorously, admit it throughout the game.

This is probably not surprising considering its designers, Ron Gilbert and Gary Winnick, were the lead designers on The Secret of Monkey Island (1990) and Maniac Mansion (1987), both of which were critically acclaimed point-and-click adventures in their heyday.

In Thimbleweed Park we follow the story of FBI Agents Ray and Reyes as they investigate the mysterious murder of a John Doe. In the process, they’ll be uncovering the seemingly quiet eponymous town’s plethora of dark and potentially paranormal secrets. Beyond the two bickering agents, the player will also take control of some of the other Thimbleweed Park residents, allowing you to explore the enigmatic story from multiple angles. But whether it’s a playable character or not, each personality in this game has been vividly realised, making any interaction an absolute pleasure.

As with most point-and-click adventure game, the two main ingredients of Thimbleweed Park are the narrative and puzzles, both of which the developers have masterfully crafted. The ever-evolving story will constantly keep you on the edge of your seat while the often unforgivably difficult puzzles will leave you scratching a crater in your head.

In terms of gameplay, Thimbleweed Park plays almost exactly like The Secret of Monkey Island. At the bottom of your UI you will have a list of commands you can use to interact with the environment and an inventory containing all objects collected throughout gameplay.

To solve puzzles, you will need to pay close attention to conversations and clues hidden in the environment, which will often lead to you running across town to gather all the information and objects needed.

Thimbleweed Park will admittedly not tickle everyone’s fancy. It’s an often frustrating experience that will demand your constant attention and a healthy dose of brain matter. Fortunately, the captivating narrative and the wonderful yet strange world of Thimbleweed Park was more than enough to keep me immersed. If you’re looking for a challenging and charming point-and-click gaming experience, I couldn’t recommend Thimbleweed Park enough.

The Final Station places you in the shoes of a train operator in a semi post-apocalyptic world ruled by a secretive Orwellian-type government.

At first glance, the game seems like a 2D survivor simulator, your objective being to safely transport your passengers to the “final station” while fending off zombie-like creatures, known as the “Infected”, in between as you scavenge abandoned towns for supplies.

For the most part, this much is true. But upon entering the game you will discover it be a much more linear and narrative-driven affair than it appears on its Steam page. As an avid lover of narrative-driven games, I personally found this to be a nice surprise. But some might enter this and discover a totally different game than originally anticipated, so take heed.

The game doesn’t feature any voice acting and tells its story via text-based conversations and notes found throughout the in-game world. The story itself doesn’t differ that much from the actual objective but does add a lot of colour to the game.

I found the narrative to be quite intriguing but I did sometimes feel that it focused too much on world-building than instilling a stronger sense of purpose. At times, this broke the experience’s otherwise expeditious nature. The Final Station‘s atmosphere on the other hand was beautifully executed. From the charming 2D pixel art landscapes to the ominous score, this game does convey its mood stunningly.

Once you reach the next station, your main objective will be to explore the variety of abandoned locations to find a code that will allow you to travel to your next destination. Along the way, you will also need to gather more supplies for the train and find and save as many survivors as you possibly can.

Of course, you will encounter a fair amount of the Infected too, which you can either gun down (if you remembered to craft bullets) or punch to death, which takes a fair amount of strategy as no Infected goes down with a single punch. The gameplay was definitely challenging and polished, but I did feel like it became a bit repetitive after some time.

With all being said and done, The Final Station delivered an enjoyable, although not memorable, experience. But for the reasonable price tag, I can definitely recommend it.

Developer: Do My Best 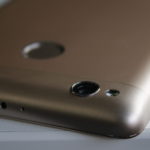