MediaTek has seen its business boom in recent years, owing to some solid, extremely popular designs in the mid-range category, such as the Helio P10 chip. Now, the company has revealed the Helio P23 and P30, but don’t expect a massive change here.

The company’s new chips feature the same octacore layout as previous devices, still using the Cortex A53 cores that are due to be replaced by the A55 soon. According to Anandtech, the biggest change on a hardware level is the fact that the new chips feature dual-core versions of ARM’s current-generation Mali G71 graphics.

MediaTek has revealed its latest budget processors, but there are precious few surprises here

Otherwise, another addition to the two processors is HEVC encoding, which effectively means better recorded video quality at the same file size or the same quality in a smaller file size.

Other than that, there are precious few improvements here, with Anandtech noting that the new processors are coming “bit too early to integrate” ARM’s A55 CPU cores instead of the A53 cores. The British chip designer was promising “up to 18% more performance at 15% better power efficiency” for the A55.

Still, we eagerly anticipate 2018’s budget processors, which should be shipping with the new cores and thus delivering a big leap in performance and battery life. 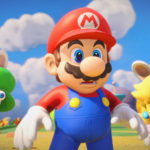