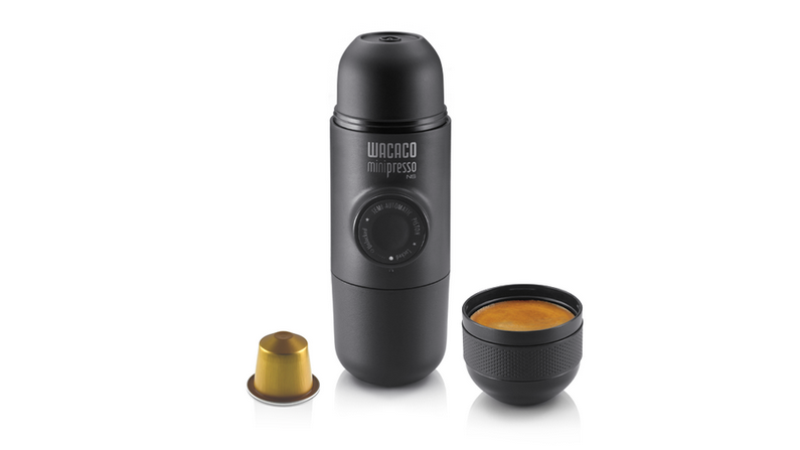 It’s never a dull day at the Gearburn office. One day you’re reviewing the latest smartphone, the next you’re hand-pressing an espresso like a seasoned, gadget-wielding barista.

As luck would have it, I quite like coffee. So my mood immediately perked when the Wacaco Minipresso landed on my desk for review.

It’s an odd device as first glance, and it gets stranger the more you fiddle. But in summary, it’s a miniature, manual espresso press.

It has four distinct parts — a cup, a water reservoir, the actual business end and a compartment for your coffee. You won’t be using any granules or grounds with the Minipresso, and that’s one of its big selling points. You’ll be using capsules.

Operation is fairly simple after reading the manual (yes, I couldn’t figure it out immediately, nor did I want to pull the poor thing’s head off without foreknowledge). The entire Minipresso can be dissembled into its four parts, allowing the user to wash it, or, you know, actually make coffee.

You place the capsule in the compartment, screw on the coffee containment chamber, pop on the water reservoir and wait. The chamber houses a few shark teeth that puncture the capsule, while the latter’s foil section is imprinted using a toothed plastic surface located on the chamber’s roof. It’s remarkably practical and pretty damn smart.

A shaft that juts out of the device’s body must be pushed in by the user, released, and repeated. Do this eight times, and it fills the pod within the chamber with water. Pumping the shaft beyond that point, and you’ll be producing rich, pungent coffee.

I often found that the water reservoir ran dry before all the coffee in the pod could be extracted, but it’s just a question of screwing off the reservoir, filling it, and popping it on again.

The resultant coffee, in my experience, is far stronger than electronic capsule machines. And working for the first pick-me-up of the morning does have its novelty. But the practicality only gives the Minipresso a slight advantage in the greater scheme of your active life.

The Wacaco Minipresso is a unique entry in the world of coffee machines, but it’s not perfect at all

For one, the device is billed as a portable coffee machine, but that doesn’t account for the additional preparation it requires. You’ll still need to boil water prior to filling the reservoir, or carry water in a flask alongside the Minipresso. For hikers or adventurers enjoying a day trip, carrying a flash filled with pre-made coffee makes a lot more sense.

Additionally, the Minipresso won’t exactly bless you with a steaming hot cup of coffee either. Depending on how long you let the device and its contents simmer — Wacaco suggests you warm up all the parts before use — the coffee will generally be less-than boiling when consumed. For some who enjoy gulping lava, this might be an issue.

There’s also the question of the price… At R1200, the Minipresso is only slightly cheaper than the entry-level capsule machines on the market. Is it worth such a massive investment? If you’re a geek, and absolutely have to have pod coffee available at all times, yes. In terms of overall value for money and its practicality versus other solutions, no.

Ultimately, I enjoyed using the Wacaco Minipresso if only for its novelty. The coffee is great, you’ll get an excellent forearm workout prior to its enjoyment, and it’s simple to use and clean. But it definitely comes with its fair list of ifs and buts.

Or better yet, possibly consider the grounds-only alternative. 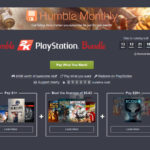