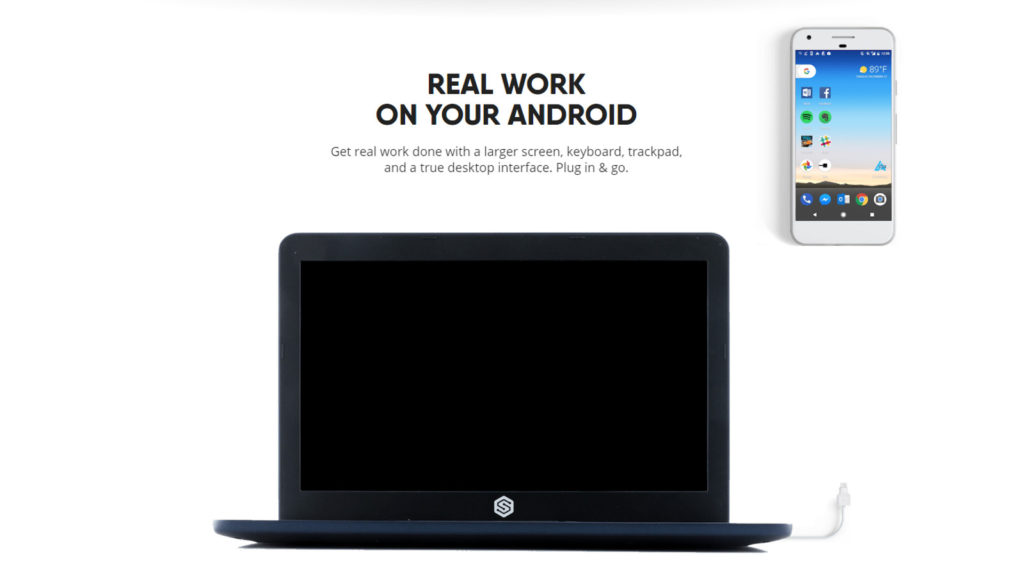 We’ve seen lapdocks launching before, way back in 2011. It’s a fascinating concept that sees you dock your smartphone into a laptop shell. The resulting fusion means your phone powers a laptop-style experience, complete with larger screen, keyboard and trackpad.

Unfortunately for Motorola and its original lapdock, we got a rather underwhelming, laggy experience. But the last 18 months or so has seen a resurgence in this sort of tech as devices get more powerful, with the Mirabook and Superbook being two of the leading third-party solutions.

But which one seems better? We look at what each brings to the lap…

Both devices pack a solid variety of hardware features, starting with the Mirabook.

Meanwhile, the Superbook is available in two 11.6-inch models, in the form of a standard variant (768p screen) and a premium model (1080p, backlit keys). Other than that, the Superbook packs an “8+ hour” battery life (and the ability to charge your phone), Android-specific keys on the keyboard (home, back etc), an earphone jack, USB Type C port, full sized USB port and microUSB charging port.

A glance at the SlimPort Connect website yields few other devices — strange. You’d think that the LG G6, LG V30 and HTC 11 would also be included, seeing that their predecessors are on the list… In any event, the company was promising a “universal cable” as a stretch goal, which would extend compatibility to the likes of Huawei, Oppo, Xiaomi and other brands.

The Mirabook team claims that desktop environments like DeX, Continuum for Phones, Maru OS, Remix Singularity and Oxi OS will work on the lapdock. And for those with Raspberry Pi computer boards and Intel Compute Sticks? The Mirabook should work with these too.

When it comes to smartphones, the Superbook is only compatible with Android, but the supported list is impressive. Your device needs to have Android 5.0 and above, USB OTG support (microUSB or Type C) and 1.5GB of RAM.

The team did get back to us after publication of the article though, giving us a rather interesting answer.

“The Mirabook is compatible with any kind of software interface, whether it’s DeX, Continuum or even the Sentio [Superbook – ed] apps, the user is free to choose. If you plug an LG G5, the stock Android menu will appear in portrait mode. Then you can download Desktop interface apps like Leena OS, Sentio OS etc,” Mirabook CEO Yanis Anteur told Gearburn.

So if you’ve got a Galaxy S8, Galaxy Note 8, a Windows Phone with Continuum for Phones, an Ubuntu phone (lol), a Remix device or something like that, the Mirabook should work well. But even phones without a baked-in desktop environment will work with third-party desktop apps. Those with Raspberry Pi 3 and Intel Compute Stick doodads should be able to use the Mirabook as a proper display though.

As for the Superbook? You’ll need to download an app to your phone, which serves as a bridge to the dedicated Sentio desktop environment. To be clear then, no matter which phone you have, the desktop experience should look and feel the same on this lapdock. The desktop environment delivers a taskbar, notification tray, multiple windows, right-click menus and compatibility with Play Store apps.

It’s worth noting that, at this early stage, the Superbook desktop environment seems like a smooth experience. But we’ll reserve judgment until we see more footage and/or get hands-on time.

The Mirabook is expected to ship worldwide by December 2017, while the Superbook is already available internationally. So if you must have one now, well, your decision is already made.

The Mirabook’s price tag currently starts at US$249 on IndieGoGo — the firm says it’ll eventually have a US$299 price. Want a Superbook? Then expect to pay US$129 or US$189 for the base or standard model.

Which one to get?

If you want to use Continuum for Phones (ergo have a recent Windows Phone) or DeX on the go, then the Mirabook looks like it should be your pick. But if you’ve got a mid-range Android phone in the past couple of years (or even a flagship), then the Superbook is more likely to be the lapdock for you, owing to its relaxed system requirements.

It also bears repeating that the Superbook is cheaper and it seems to have a polished desktop environment at this stage. In fact, if you have to buy a lapdock now, the Superbook is already on sale.

Still, Anteur’s comments regarding the ability to run Superbook’s own desktop environment (and environments from the Play Store) means the Mirabook is more versatile than you’d think.

It’s worth asking whether lapdocks are a fad once more though… But if you like the idea of a converged computing experience (and don’t mind carrying around a laptop shell), these might warrant a look. 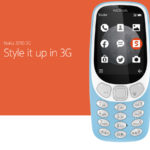