Taiwan’s Mediatek remains a strong player in the budget smartphone space, with its processors powering scores of models around the world. But what’s next for the chipmaker? What kind of trends does the firm see next year? We visited AfricaCom 2017 to interview Finbarr Moynihan, general manager of international sales, for more details.

As previously revealed, Moynihan said Mediatek would be taking “a bit of a break” from flagship chips. The representative gives his take on the high-end segment.

“What we see happening in the… flagship market… frankly, it’s probably become Apple and Samsung for the most part,” the executive explains. “…it’s not a growing segment, it’s obviously a sizeable segment. It’s kind of flat, it’s kind of stable. And to some degree, the progress from year on year has become somewhat incremental…”

Drawing a bead on budget devices

So what’s the chipmaker to do, then? Mediatek will be focusing on mid-range devices and the company’s Helio P series of chips.

“What we see happening actually, is that the mid-range of the market is much more dynamic. To some degree, those devices are closing the feature gap with the flagships, but at much more affordable price points,” Moynihan elaborates. The representative points to a “growing middle class” in China, India and the African markets as pushing the next wave of mobile growth.

As for trends in next year’s budget smartphones?

“I think there are a few trends that are becoming pretty obvious… Dual camera capability is certainly going to start coming way down… And you’ll see different implementations of dual-camera… I think the edge-less 18:9 displays are going to become… much more pervasive. And I think the other trends to watch, and it’s just getting started, is the convergence of machine learning and artificial intelligence with the device,” the executive explains, saying that machine learning chops will reach a variety of price-points over time.

“Whether it’s face recognition or object ID, computer vision or voice assistance or all of this… I think that’s going to be a technology or capability that’s going to drive the next wave of innovation in smartphones,” Moynihan says of machine learning and AI.

If these tasks are expected to become more pervasive, does that mean Mediatek is working on AI silicon?

“Yeah… I think you’ll see stuff coming soon,” the executive answers. “So we have a couple of things going on. We have a lot of activity inside our CTO organisation, developing sort of core technology around voice, vision, computer vision, that kinda stuff. But I think (what) the industry is learning in the space is that there isn’t yet a one-size-fits-all (approach).”

Moynihan says that even in computer vision, the algorithms for each task (e.g. face recognition or object identification) are different.

“So I think what will happen in the first phase is that people are going to use more generic, more programmable CPUs, GPUs, DSPs (digital signal processors) to run some of these accelerations. And then I think what will happen over time is certain things will probably become more optimised and put into acceleration in hardware, as certain applications and certain use-cases become more pervasive. So we’ll probably follow that kind of approach.”

From trends to firmware updates, Mediatek has plenty of info to dish out

One of the biggest developments in the mobile silicon field is the introduction of new CPU cores from industry pioneer ARM. The British firm is responsible for designing cores that get slotted into processors from Mediatek, Qualcomm, Huawei, Samsung and more.

It’s also important because it’s the first time in roughly four years that ARM is refreshing its low-powered core (from A53 to A55) — its heavyweight cores have seen more upgrades over the years. The low-powered A53 cores are used in almost every budget smartphone out there, so is Mediatek preparing any chips that use the new cores instead?

“I’m sure we’re looking at them… I don’t know, we’ve always adopted the new ARM cores as they become available…” Moynihan coyly states. Nevertheless, he concurs that a move to new A55 cores in general is a “fairly logical conclusion”.

Last year, Mediatek revealed that homegrown brands accounted for roughly a third of the volume they ship. So, what kind of changes have we seen since then?

“The China brands… have certainly become a bigger and bigger part of the global market. Not just in China. Certainly in India this past year, the local brand share has probably dropped from 50 (percent) to 30. And China brands have probably increased from 20 or 30 to 50,” Moynihan answers. But what about the African continent?

“Interestingly, I think MEA (Middle East and Africa) is still quite dynamic. I think it’s still playing itself out here. You have more local brands… So we still see a lot of diversity…” Moynihan explains. “But I would say in general, the local brands are probably still… maybe a little lower than last year, would be my guess in terms of the share of our volume…”

Far from being a case of the Great Chinese Takeover, Moynihan notes that local brands generally ship plenty of volume in the low-end market, with Chinese brands doing well in the mid-range.

We’d be remiss if we didn’t ask about Mediatek’s reputation for tardy or missing Android updates. Is it warranted? How are they improving matters if so?

“I think when it comes to the street (sic), some of that is warranted… I think maybe part of the challenge is that the Mediatek ecosystem really spans the whole range… Whereas I think Qualcomm is probably more concentrated in a few bigger brands for the most part. We don’t see Qualcomm so much in the local brands, for example.”

The executive cites their ongoing work with Google (such as GMS Express), Google’s own Project Treble and Mediatek’s efforts to streamline processes as evidence of the company heading in the right direction.

“We’re architecting our own code to make it more standard, more AOSP-friendly. We’re working with Google on all these programmes to make the whole experience more streamlined…”

At AfricaCom, 5G seems to be the biggest trend right now, as carriers and service providers gear up for the next-generation cellular standard. What does Mediatek think of the new tech? When can we expect networks to adopt it?

“I think we still see 2020 as the point at which 5G will ramp up. There’ll be pockets before that, but probably 2020…” the executive answers. “It’s definitely gathering momentum. The 5G momentum is not going to stop now.”

Mediatek also sees 5G as being less about speed and more about capacity, as Moynihan points to dense markets.

“You have these massive… metropolises. These are the size of Western European nations, packed into one dense urban area… There are just capacity issues… So I think 5G is just about delivering that capacity in those environments…”

Any chance of Windows 10 devices?

Earlier this year, Microsoft announced that Snapdragon-powered laptops/convertibles, running Windows 10, would be coming. Of course, Mediatek also makes these lightweight ARM chips, so can we expect the firm to power Windows 10 devices too?

“At this point… it’s not really a focus for us at the moment,” Moynihan answers, saying they were focusing on Android devices. 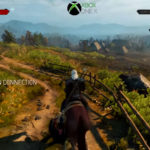