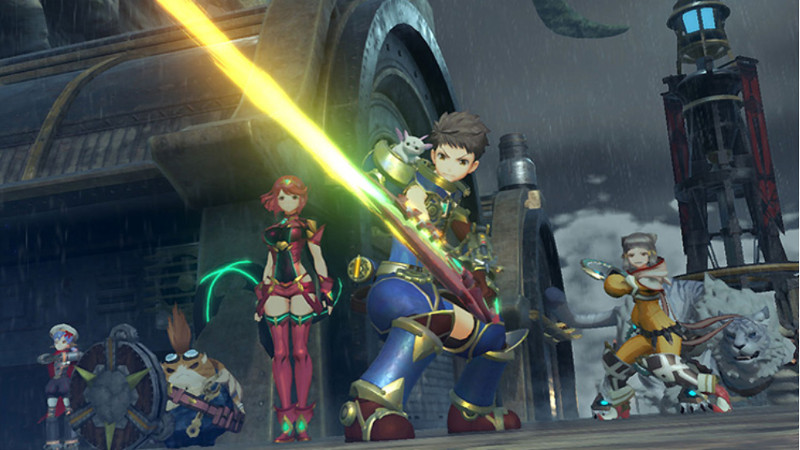 The Nintendo Switch has enjoyed a stellar launch year, seeing a steady stream of quality games since the console’s release. The stream isn’t stopping yet, as Xenoblade Chronicles 2 launches today.

Reviews have already gone live, so is it worth getting? We gather some of the more prominent verdicts.

The website bestowed a “recommended” badge on the new Switch title, calling it “unrestrained in its ambition”.

“By far the greatest frustration in the game is trying to figure out where the arrow you are following intends for you to go; hours can be lost to the game’s poor automated plotting, and kindergarten-esque map,” Parkin adds.

The reviewer says voice acting for the supporting cast is “unendurably poor” as well.

“Xenoblade Chronicles 2 is a crunchier, more chaotic proposition than the rest of Nintendo’s recent output, then. Monolith Soft either doesn’t have the resources or the relentless tenacity to explore every one of its game mechanics with the rigour and finality of Nintendo EAD. But while the game’s individual components are far from pristine, in combination they prove irresistible,” Parkin writes.

“For all the good things Xenoblade 2 eventually introduces, the 80-plus hours it takes to complete the story won’t feel like time wasted, but the bad taste of the its lesser qualities is never completely washed away,” Peter Brown writes in his Gamespot review.

Brown criticises the “poorly voiced” characters and “predictable” scenarios you’ll have to endure.

The combat system requires you to keep track of many factors, the reviewer writes, with the tutorials not doing an adequate job of educating you properly. Fortunately, Brown found that mastery of these systems only becomes a factor much later on.

“On this and many other levels, Xenoblade 2 exhibits admirable depth. Adventurous types that enjoy complex combat systems can easily spend more than 100 hours uncovering Alrest’s secrets and developing their team of Blades, provided they can come to terms with a handful of unavoidable shortcomings.”

Umar Bastra over at Critical Hit had plenty of good things to say about the new Switch title, but notes that the pacing of the story and gameplay will be a “sticking point” for many.

In fact, the reviewer criticises the story for its use of JRPG tropes and lamented the “shallow and two dimensional” cast. But Bastra notes that he became invested in the story after the 15 hour mark.

“The first big open area you get to is lush and just begging to be explored with a number of hidden areas and side quests to find. Unfortunately I got swept up in the excitement and decided to forget about the main quest line for a while,” Bastra continues. “At this point, a lot of mechanics were yet to be introduced, so exploration and combat weren’t as satisfying as I had hoped they would be. Once you’re given free Reyn however, it all comes together wonderfully to create one hell of an addictive gameplay experience.”

The reviewer praises the interlinked combat systems, saying it can be an “intoxicating gameplay loop”, but does note that it takes getting used to. Otherwise, the “absolutely gorgeous” environments also get some love, being a Monolith Soft trademark of sorts.

“Technical and pacing issues aside, Xenoblade Chronicles 2 manages to stand tall in a year where two juggernaut Nintendo titles dominated the system. This is one adventure you don’t want to miss out on,” Bastra writes.

The website’s Jeremy Parish was still working his way through the title (about 40 hours in), posting a review in progress and omitting a score. But the critic manages to paint a detailed picture of the game’s world.

“Green grass and impossible topography stretch as far as the eye can see; off in the distance, you can spot the faded silhouette of the nearest city, a kilometer away,” Parish writes. “Composer Yasunori Mitsuda’s score ties a bow on the moment, swelling to a crescendo as the sheer immensity of the world in front of you sinks in.”

“…it suggests why players might be willing to struggle through Xenoblade 2′s many design flaws. This is a mess of a game in a lot of ways, but by god, it’s an ambitious and big-hearted mess. And that counts for a lot.”

Speaking of design flaws, Parish feels that the developers have failed to incorporate some basic features, like a “cohesive or easily accessible world map”. Instead, you’ll be forced to visit a sub-menu and navigate to your current position on the map.

“It seems like a small thing at first, but considering how frequently you need to refer to maps while traversing a game world this large, it becomes a genuine headache.”

The Polygon writer also takes aim at the character designs, saying that the characters frequently “look like they arrived straight from a lingerie rave”.

Combat is another facet that comes under scrutiny, as Parish notes its “chaotic” nature and inadequate tutorials/explanations.

The critic praises the title’s portability though, saying that it’s a better fit for portable play than the likes of Skyrim and Breath of the Wild.

“Therein lies the paradox of this game. It feels like both a relic out of time and a welcome glimpse of handheld gaming’s future,” Parish writes, adding that the first half of the title has been a success nonetheless. 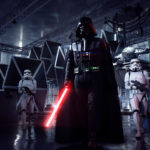