Qualcomm was in the headlines late last year after fellow chip colossus Broadcom announced its desire to purchase the chipmaker. The overture was rebuffed, which has since resulted in Broadcom setting the wheels in motion for a hostile takeover bid.

Now, Qualcomm has issued an open letter to shareholders, outlining several reasons why they should reject Broadcom’s takeover attempt and re-elect the current board.

“Broadcom is asking Qualcomm stockholders to voluntarily transfer to a hostile acquirer the considerable near- and long-term value creation Qualcomm has in front of it,” an excerpt of the letter reads. “It is attempting to acquire Qualcomm at an opportunistic, inferior price by installing a slate of conflicted Broadcom/Silver Lake nominees with minimal relevant experience.”

The company offered several reasons for shareholders to reject Broadcom’s proposal, starting with the value of Qualcomm. “It dramatically undervalues Qualcomm and does not reflect our clear path to near term value,” the chipmaker’s board claimed.

Qualcomm’s board cited regulatory complications as well, saying ” regulatory approvals could take 18 months or more and may require complex divestitures or operating restrictions making clearance difficult, if not impossible, to obtain”.

The board also claimed that the deal would only benefit Broadcom shareholders.

The move to 5G connectivity is underway already, as carriers, manufacturers and other players brace for the switch. Qualcomm’s board insists that Broadcom’s offer doesn’t take this sector into account either.

“It gives no value to the transformative opportunity in 5G and Qualcomm’s ability, through its leadership position and targeted investments, to deliver significant stockholder value as we capture this opportunity,” the board contended.

“Qualcomm is 12-24 months ahead of our merchant competitors in the transition to 5G — a result of our innovation and technological advancements.  We have already partnered with many companies to bring 5G to market, including Verizon, AT&T and multiple operators globally.  We are the partner of choice for infrastructure vendors such as Ericsson, Nokia, Samsung and others.”

The news comes just over a month after Qualcomm introduced its latest high-end mobile chipset. The firm is also focusing on the traditional computing sector, teaming up with Microsoft and other partners to launch Qualcomm-powered Windows laptops. 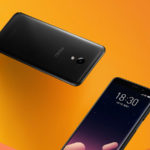