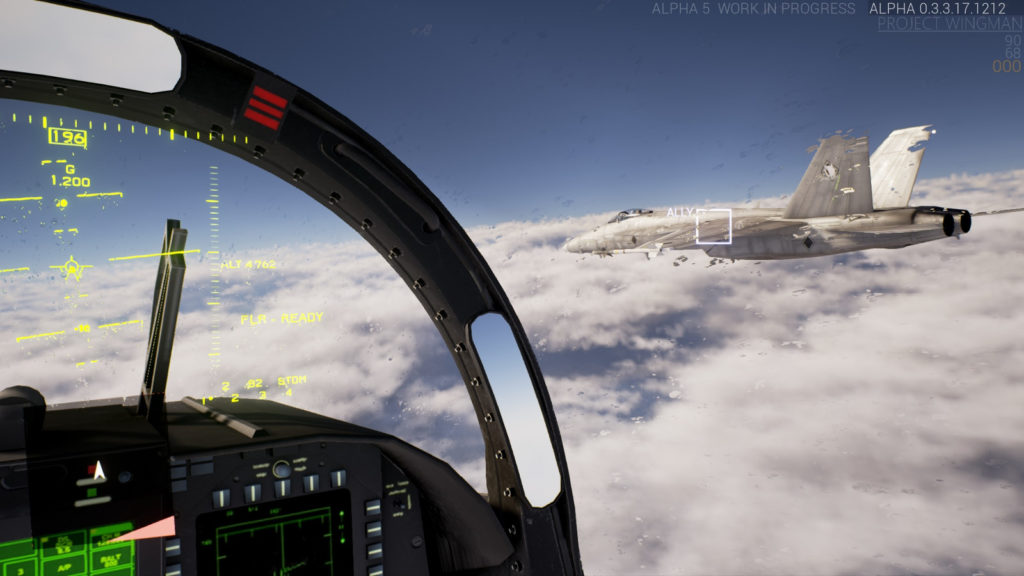 In case you missed our original report, we stumbled upon the Project Wingman demo late last year, being a fantastic take on the Ace Combat-style formula.

Between the fantastic visuals and familiar gameplay, it’s tough to believe that this is largely a one-man endeavour. We interviewed developer Abi Rahmani to find out more.

Gearburn: How did the idea for Project Wingman come about?

Abi Rahmani (AR): Initially I used Unreal Engine to learn about the engine and learn the art side and general 3D implementation of the engine. So I decided to create a little prototype and released it to the public. And that gained some traction so I decided to keep working on it and here we are. It’s been quite a fun experience and I never expected to get this far.

Gearburn: As an Ace Combat fan, the game feels super close to an AC title, in terms of the handling and visual style etc. Just how much of an impact did the franchise have on your game?

But with the announcement of Ace Combat 7, we’re starting to branch out and differentiate ourselves in our own ways moving forward. Now that we’ve got a solid foundation for the game we can start implementing all the ideas we’ve got swirling in our design document and polish them up for public showcase. Gearburn: What other videogame inspirations did you have when creating Project Wingman?

AR: Ah, there has been a lot of other inspirations when creating Project Wingman. So far we’ve taken inspirations from other games including Energy Airforce, Aero Elite, Airforce Delta strike, House of the Dying Sun and other games that aren’t even in the same genre such as Risk of Rain and Battlefield in various departments of the game.

Of course the inspirations are not limited to video games which can include various mecha TV shows and movies that drive the feeling of expensive-cool military hardware in use in military operations (sic). However, while we do take a lot of inspirations from other media, we try to add a lot of our own personal touches to make the game feel more unique. Whether it’s truly unique, we will find out. 🙂

Gearburn: Of course, it’s still early days and the game isn’t finished yet. But is a console release in mind too?

AR: Currently development is focused on a PC version due to the lack of manpower for other departments. However, sometime in the future I would love to have Project Wingman on other platforms.

Gearburn: In our article, we noted that the game has some fantastic visual effects already. Of course, you’re a one person team, so tell us more about the challenge of developing the game on your own?

AR: There are a lot of hurdles when it comes to developing a game on your own. Especially if you get stuck on a particular problem, you can’t really seek specialised assistance from someone nearby until you fully understand the problem and solve it yourself — it does get lonely being stuck in a problem alone haha (sic).

That being said, the internet is so vast nowadays that you can ask an endless amount of people, extract information from there and apply it yourself into your game and see which unique solutions work best for the game. I think it’s fully viable to learn from the web through endless amounts of information available nowadays.

Gearburn: Are there any particular aircraft you definitely want to add to the game?

AR: Ah, there are too many to be honest, but if I were to pick one, it’d have to be based off the NASA experimental F-15STOL/MTD. Something about canards on top of my already favourite aircraft + thrust vectoring just works wonders for me. 🙂 Gearburn: When can we expect the Kickstarter to go live? Are there any particular stretch goals and/or planned modes for the game?

AR: I don’t have a specific date as of yet but hopefully some time in Q1 to early Q2. Hopefully we can meet the deadline for the next public demo in that time. So things are quite hectic on my end to get that finished.

So far the stretch goals in mind (still WIP) are dedicated to improving the base game with things such as better music, audio, voices, and cinematics to improve the general quality and polish of the game. Beyond that, it’s additional features such as basic user generated content (e.g. custom missions), additional base content and such if it does get that far. (fingers crossed)

Gearburn: Are there any plans to support VR?

AR: I would love to support VR, however it is currently not a priority. However, things are happening behind the scenes… 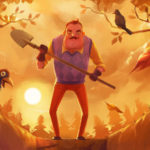