Chipmaker Qualcomm has been fined €997-million (US$1.2-billion) by the European Union for paying Apple to turn down cellular chips from rival companies.

“Qualcomm illegally shut out rivals from the market for LTE baseband chipsets for over five years, thereby cementing its market dominance. Qualcomm paid billions of US dollars to a key customer, Apple, so that it would not buy from rivals,” the European Commission’s Margrethe Vestager was quoted as saying in a statement. “These payments were not just reductions in price — they were made on the condition that Apple would exclusively use Qualcomm’s baseband chipsets in all its iPhones and iPads.”

This meant that rivals couldn’t mount a proper challenge to the US chipmaker, “no matter how good their products were”.

Details of the deal

The European Commission also shed light on the agreement between the two firms.

An initial agreement was signed between the two parties in 2011, which saw Qualcomm pledging to make “significant payments to the Cupertino company, as long as Apple exclusively used Qualcomm cellular chips in its iPhones and iPads. 2013 saw the deal extended to the end of 2016.

“The agreement made clear that Qualcomm would cease these payments, if Apple commercially launched a device with a chipset supplied by a rival. Furthermore, for most of the time the agreement was in place, Apple would have had to return to Qualcomm a large part of the payments it had received in the past, if it decided to switch suppliers,” read an excerpt of the EC release.

The European Commission report also revealed that Apple considered switching to Intel for some of its cellular needs, but decided against this due to the agreement.

“Intel… in particular, has tried to challenge and compete with Qualcomm for customers,” the commission noted.

“Qualcomm has abused this market dominance by preventing rivals from competing in the market,” the Commission concluded, noting that the fine was equivalent to 4.9% of Qualcomm’s turnover for 2017.

The ruling comes a few months after reports that Apple was indeed in talks with Intel for cellular chips.

Update, 2:39pm, 24 January 2018: Qualcomm has issued a response to Gearburn via a press statement, saying it “strongly disagrees” with the decision and will be filing an appeal.

“We are confident this agreement did not violate EU competition rules or adversely affect market competition or European consumers,” said Don Rosenberg, executive vice president and general counsel of Qualcomm. “We have a strong case for judicial review and we will immediately commence that process.” 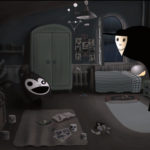