A few weeks ago, we got confirmation from a local LG executive that an upgraded LG V30 would be launched at MWC 2018.

Now, Korea’s ETNews has delivered more details, revealing that it would be called the LG V30s. So how will it differ from the bog-standard V30?

According the publication, the V30s will offer the same design but stand out with 256GB of storage and LG Lens functionality. The latter has drawn comparisons to Bixby Vision on Samsung devices, essentially using the camera for features like barcode scanning, language translation, product recognition and more. It’s also believed that the device will offer GPS navigation via augmented reality.

What about the all-important price then? The publication claims that the device will breach the one million won mark, equivalent to US$920.

There doesn’t seem to be any mention of improved horsepower though. So when combined with the increased price tag (the standard V30 launched at 949 000 won, or US$873), it seems like the original V30 is still a pretty solid deal. Here’s hoping there’s more to the LG V30s than more storage and augmented reality. 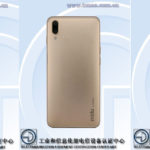