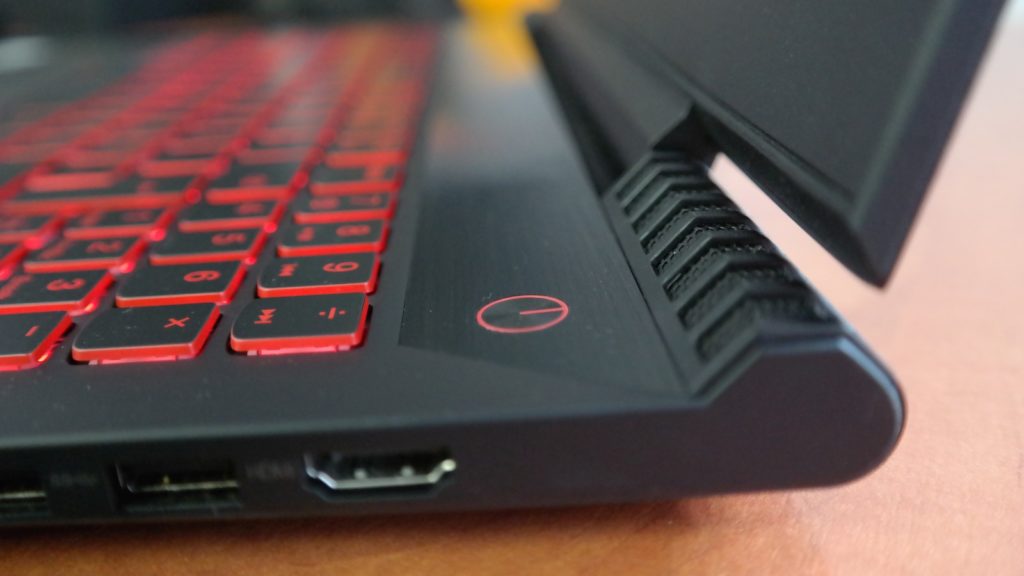 The gaming laptop is a technology genre that makes little sense to me. They’re almost always expensive, combine an awkward and lopsided combination of hardware, and more importantly, they’re not exactly pretty.

Granted, there are a few exemptions. The Lenovo Legion Y520, at least on the surface, isn’t one of them.

The Chinese manufacturer’s Y series is marketed to gamers, in case you didn’t quite grasp that through the red keyboard and angular case. It’s not exactly ugly, the Lenovo Legion Y520. The company itself calls it “stylishly savage”. But it doesn’t exactly boast Mona Lisa’s smile.

There’s a healthy dose of plastic used throughout the 2.5kg chassis, with a middle-mounted hinge flanked by stereo speakers crafted by Harmon Kardon. If you’re against bezels and traditional angles, the Y520 disappoints further. The screen is mounted in a block of tacky plastic, but at least the video calling camera is centre-mounted (albeit in a weird pointy top bezel).

Lower down, the keyboard sits comfortably in the centre of the chassis. The power button lies at the top right above a full number pad. The keyboard itself is excellent for typing and gaming, allowing for great response times. But thanks to the excessive use of red around each key, it’s not always clear where WASD is. This may be annoying for those starting their PC gaming journeys.

Another odd design decision is the touch pad. It’s aligned with the bottom of the keyboard, but not the chassis itself which points out to mirror the screen lid. It all looks a bit clumsy when sitting in front of it. The touch pad buttons are also only activated in their extreme corners, which requires some awkward positioning while gaming. And speaking of gaming, it’s near impossible with this touch pad. While using WASD, I was unable to register any touch pad movements. There’s no way to walk forward and pan the camera, for instance, and it’s not immediately clear why the touch pad is disabled while using the keys.

Nevertheless, this may simply be a Synaptic driver issue, but I was unable to find the correct setting. Instead, I just grabbed an external mouse, something that many will likely do anyway when gaming on the Legion.

So, how is performance then? On my review model, the spec sheet wasn’t what I’d call balanced. There’s an Intel Core i7-7700HQ with 8GB of DDR4 RAM. It was also mated to an Nvidia GeForce GTX 1050, a notably underpowered graphics card for the processor. There’s an additional NVMe 120GB PCIe SSD that holds the Windows 10 installation, and a secondary 1TB Seagate drive.

Lenovo could’ve shaved a few rand off the price by using a Core i5 CPU instead, or perhaps buffed the card to the 1060 spec instead. Additionally, while the NVMe drive is welcome, it’s not explicitly needed. Gaming on a SATA SSD — opting for more storage over raw speed, especially with a 1050 installed — makes more sense than the limited 120GB.

I was only able to install CS: GO, Fallout: New Vegas and Cities: Skylines before I ran out of space.

You won’t be playing Assassin’s Creed: Origins on Ultra on this machine, but it handed the aforementioned games at high settings with ease. Running Unigine Heaven also produced stellar results. It can run the benchmark at 1080p on Ultra at around 30fps with 2x anti aliasing enabled. Drop it down to high, and you’ll get a firm 55fps. I did notice screen tearing while playing New Vegas, but this could be the game’s age showing at this point. I didn’t notice the phenomenon in CS:GO or Cities, for instance.

The Lenovo Legion Y520 also has excellent heat management. Running Heaven for an hour gave a peak temperature of 64°C. Also, heat is drawn away from the touch pad and keyboard and exhausted out the rear of the laptop through a deep vent. It won’t be making your hands feverishly hot even during long gaming sessions. It’s a notable little design triumph by Lenovo.

Battery life is too respectable. I got around three hours on the battery while downloading titles from Steam and updating Windows 10. When gaming, this will drop noticeably. My initial CS: GO session lasted little over an hour before I had to plug the laptop into the wall.

All in all, the Lenovo Legion Y520 is a good budget gaming laptop with a few odd choices. It’s light enough to be an everyday tote, but it’s also comfortable enough to be an office companion. Its gaming chops could’ve been enhanced, in this particular package at least, by better decision making on Lenovo’s part. But still, the Legion’s real selling point is something we all care deeply about: price. At present, you can find the lowest specced device on the Y520 range at R12 999. It sports an i5, 8GB of RAM, and a 2TB hard drive, which seems about the perfect concoction for those beginning their PC gaming lives, or those looking to purchase a budget machine. Hell, at R12 999, it comes damn close to challenging purpose built desktop rigs.

But I’d guard against purchasing the machine configuration I reviewed. I couldn’t quite find a listing for it on any South African or international retailer websites though, so don’t be too worried. 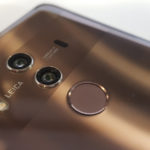