Welcome to smartphone launch silly season. Now that Apple has paraded its three new iPhone X devices for the world and its competitors to see earlier this month, the latter now have their chance to claim the spotlight.

Yes. October is going to be a busy month for smartphone fanatics. Whip out those diaries, because here’s what you can expect from the likes of LG, Samsung, Google and Huawei.

The first contender is a new LG flagship. The company’s V series has been known as a poster for its new tech ideas. Who can forget the second screen, for instance?

The V40 however will be a bit more subdued. Okay, not really.

Alleged specs include a huge 6.5 inch display, 8GB of RAM alongside a Qualcomm Snapdragon 845, and a Huawei-inspired triple camera setup at the rear.

That should give the phone five cameras in total.

From the page our source gave to us. pic.twitter.com/sQcxThbmtj

Perhaps best known at present for its hideous notch, many believe that Google’s new Pixel won’t actually have the notch and that the company’s duping us all.

Also expect colour options ranging from a fetching pink and a solid black.

Until then, we’ll wonder how else employees at Google can leak its smartphone to the global media.

A new Samsung Galaxy A?

Samsung has events for its A series? Yeah, we know.

Rumoured to have four cameras, as per its promo for the event, other rumours suggest that the company will shove a Qualcomm Snapdragon 845 chipset in the phone too.

Is this Samsung’s Pocophone F1 competitor? We’ll have to wait and see.

It will sport the HiSilicon Kirin 980 chipset, a notch, and possibly a triple rear camera setup mounted in a square camera module. 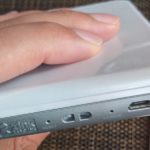