The upcoming Qualcomm Snapdragon 855 has reportedly been profiled and benchmarked on Geekbench.

Scores published to the benchmark site earlier this week allegedly parades some of the chipset’s hard performance numbers.

The American chipmaker’s new silicon outpaces the current Snapdragon 845 by around 50%, scoring 3697 on its single-core performance run. The 845 scores around 2400.

How does this compare to its rivals?

The 855 will be quicker than the HiSilicon Kirin 970, which powers the Huawei P20 Pro and Mate 10 Pro. The latter is considerably slower, scoring 1899 on its single-core run, and 6690 on its multi-core run.

As for the upcoming HiSilicon Kirin 980 — the chip that will power Huawei’s Mate 20 series — it may come extremely close to the Snapdragon 855’s performance.

At the 980’s launch, Huawei revealed that it scores around 3300 on Geekbench. However, it seems that only its single-core score is known at present.

Both chipsets will be based on the 7nm process though, so while raw performance numbers paint a picture of speed, it might be the battery figures that really set the American and Chinese chipsets apart.

The rumoured Samsung Galaxy S10 is set to be one of the first phones to launch with the Snapdragon 855, while the Huawei Mate 20 will launch in October.

As for Apple’s next device and possibly its next chipset? We’re a little over a week away from its unveiling. 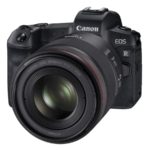