By Andy Walker, former editor
Read nextHP Spectre x360: craftsmanship and design like no other [Sponsored] 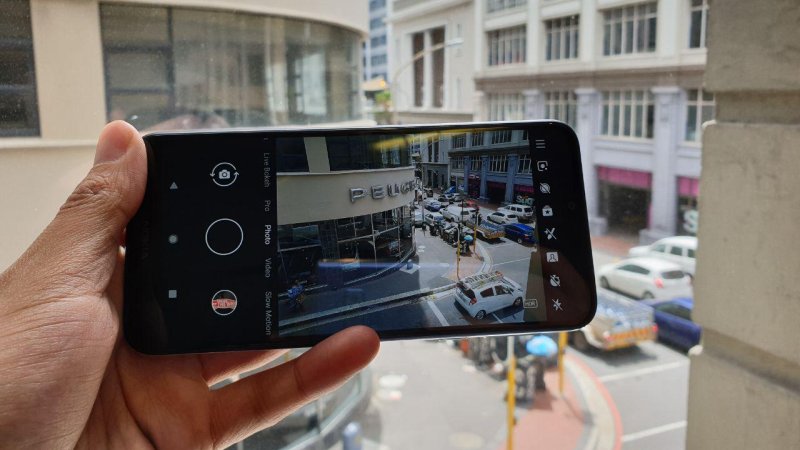 I love surprises. Don’t you?

When I got the Nokia 7.1 for review — rather spontaneously an unannounced, I should add — I was largely expecting the device to disappoint.

The Nokia 5.1 did. Its lack of a real strong point made it difficult to care about it, or even mention in important conversations.

Earlier this year, I also reviewed the stellar Nokia 7 Plus, a phone which was the complete opposite. It was a breath of fresh air, and cost about the same as the 7.1. It had flagship aspirations, and back then, I called it the best phones of 2018.

But, after using the 7.1 for a good portion of a month, I’d have to say that my smartphone of the year nominee is facing a stark challenge from this little world beater.

On the surface, the Nokia 7.1 is stately without being boring. Yes, it’s typically Nokia with little flash and plenty of hard edges, but it’s more polished than we’ve seen the brand this year. The blue review version I received looks a lot pricier than it is.

There are negatives though. The dreaded notch and a large chin combo is present and apparent, and the rear camera hump is as inconspicuous as a swollen thumb.

But these aren’t deal breakers, especially considering the Nokia 7.1 sports a headphone jack and a fingerprint reader at the rear.

All’s (largely) in proportion, and the phone’s pretty damn lightweight too.

The screen is another positive. 2280×1080 gives the phone just enough pixels to pack its 5.84 inch screen comfortably. This also gives its a slightly curious aspect ratio of 19:9. It’s a little longer than most devices I’ve used this year, but the decreased width does mean easier one-handed control.

But its party trick isn’t its res or screen size, it’s the support for HDR10.

Nokia’s calling it a PureDisplay screen, a marketing term really that indicates an LCD panel that supports the HDR standard the likes of Netflix supports. So viewing content on the phone should yield more details in dark and light scenes.

Honestly, on this screen size, you’ll only notice it alongside another phone. The difference is marginal for anyone who has never seen HDR content before, or those who couldn’t care less.

The pixels are pushed by a Qualcomm Snapdragon 636 — the same chipset found in the Hisense Infinity H20, and Nokia 6.1 Plus. It’s not slow. It’s not lightning quick. It’s just enough for browsing Instagram, watching Netflix, or browsing Google Maps.

When gaming though, Fortnite and PUBG Mobile players might want to look elsewhere. The 636, with its Ardreno 509, isn’t a pocket powerhouse.

South Africa’s only getting the 3GB RAM/32GB storage version, which is a disappointment. Storage disappears extremely quickly as you download series, music, and take pictures. And while there is a microSD card slot, I’d prefer the option for the more expensive 4GB/64GB model.

Still, with 3GB of RAM, you have more than enough temporary memory for multitasking. And avid snappers will want to get a microSD card in any case for a smartphone.

Forget the screen, it’s the camera that really makes this R5999 smartphone an interesting prospect. Although you’re only getting a primary 12MP sensor at the rear with f/1.8 aperture and secondary 5MP depth sensor, the picture quality is impressive.

In daylight, the phone’s quick to focus on subjects — boosted by phase detection autofocus. Dynamic range is pretty broad too, considering the amount of detail I managed to capture in bright light of Loop Street’s office buildings.

Shadows always hid elements of detail, while the sky was never blown out, harbouring a depth of blues.

This is true with a snap of Chapman’s Peak I took on a bright sunny day. Horsetails contrast with a blue sky, while the peak’s rugged crest can be seen in fairly rugged detail. But finer, sharper details in the foreground leaves got me excited.

This phone’s a casual photographer’s dream.

And the selfie camera, surrounded by indoor light at least, tends to smudge facial texture a bit too much for my liking. Outdoors, it’s admirable, if not extremely impressive.

There is an option to shoot in manual/pro mode, but the option pool is too shallow for serious shooting. Shutter speed ranges from 1/500s to four seconds, ISO tops out at 3200, and the camera’s focal length means macro images shot at more than 5cm from your subject.

At night, when you actually need pro mode, the Nokia 7.1 does struggle to focus and meter correctly, either making snaps too dark or too smudgy. The expanse of manual tweaks just aren’t there to help out, but there are hopes of this phone supporting Gcam, and Google’s NightSight tech.

Finally, let’s talk about the Nokia 7.1’s most important number: its price.

I’m not totally convinced that HMD Global has hit the right note here.

For one, I’d say the camera performance alone is worth considering this phone. Its chipset is dependible if not uninspiring, while the device’s look and feel does suggest a higher premium.

But a few things do hold this phone back.

For one, battery life is disappointing. In 2018, fitting a device this size with a 3060mAh capacity battery is weak. It’s just about enough — only just — for a full day’s walkabout, but you’ll always long for something beefier, something more substantial.

The Nokia 7 Plus, albeit a much larger, heavier phone, featured a 3800mAh battery, but I could easily squeeze more than a day and a half out of it. The Nokia 7.1 just doesn’t let me use it as much as I’d like to.

But, I have to concede, the positives do outweigh the negatives.

Battery life aside, I received Android 9.0 Pie the day I got the phone for review. Thanks to Android One, there’s barely any bloatware to speak of too (although you will have to deal with Google’s little annoyances, like its Photos app as the primary gallery). And with the latest OS version, flicking through menus is a snappy affair.

The phone features quick charging tech too, so your dead battery can be topped up in less than two hours. Additionally, there’s WiFi 802.11ac support, Bluetooth 5.0 aptX support, and NFC. Yes, yes and yes please.

So yes. The Nokia 7.1 is a stellar performer in the mid-range market, but it’s competing with so many other devices, it’s difficult to set it apart.

Hilariously, one of those devices is the Nokia 7 Plus.

So we’re back to my initial statement. While the Nokia 7.1 may have a sharper camera than the 7 Plus melded to a more attractive, lighter design, I prefer the rugged dependability of the 7 Plus.

It has a larger battery, bigger screen, and slightly better specs. All this at a similar — if not cheaper in some instances — price.

But this is a good thing for HMD Global. To have two devices competing against each other for my heart in the crowded mid-range segment, the company must be doing something right. 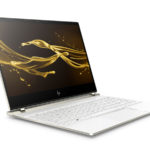