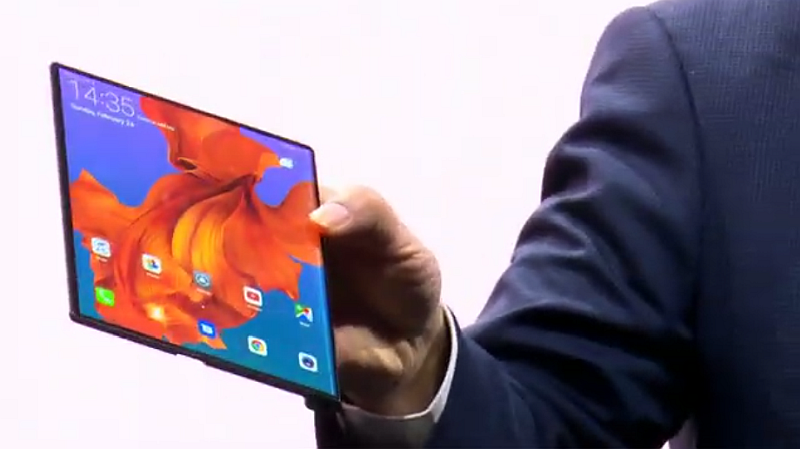 The Huawei vs Samsung rivalry is back in full swing. And we’re absolutely loving it.

Today, the Chinese company debuted its foldable smartphone, the Huawei Mate X, at a pre-MWC 2019 event in Barcelona.

But while the Fold lacked the fit and finish we’d expect from Samsung at the highest level, the Huawei Mate X looks like the finished item.

The company’s calling it the “world’s fastest foldable 5G phone”.

Huawei’s calling its fold the “falcon wing” design, which allows the display to fold without a gap. This comes from a patented hinge system, which is incredibly complicated judging by marketing videos. The firm’s been working on it for three years.

The Mate X once folded out is just 5.4mm thin, thinner than an iPad Pro. When it’s folded, it’s 11mm thick.

To solve the issue of the body being too thin for ports, the company’s using a sidebar which houses the charging ports and makes holding the device easier. It also houses the fingerprint reader too.

Taking advantage of that display size, the company’s also adding multi-tasking trickery, including side-by-side window browsing, as well as drag-an-drop — something we only really see on desktop OSes.

Camera wise, the camera is housed in the sidebar, which allows you to see the pictures people are taking using the camera. This is thanks to the double-sided screen design. It’s quite brilliant actually.

There’s only one device colour at present, Interstellar Blue. But there’s a bespoke cover that Huawei developed for the phone that prevents scratches on the screen, complete with a flap that allows both sides of the screen to be used.

Internally, the phone will feature Huawei’s Balong 5000 5G modem, and the company claims that it’s the fastest available, combining 4G and 5G networks. You’ll get dual SIM capabilities too.

Powering it all, the Huawei Mate X has a dual battery solution for 4500mAh in total, alongside Huawei’s SuperCharge for up to 55W fast charging. That’s 15W more than the Huawei Mate 20 Pro. You can charge the device to 85% in 30 minutes.

Additionally, no suggestion that the Mate X will support Huawei’s external storage expansion. 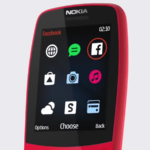