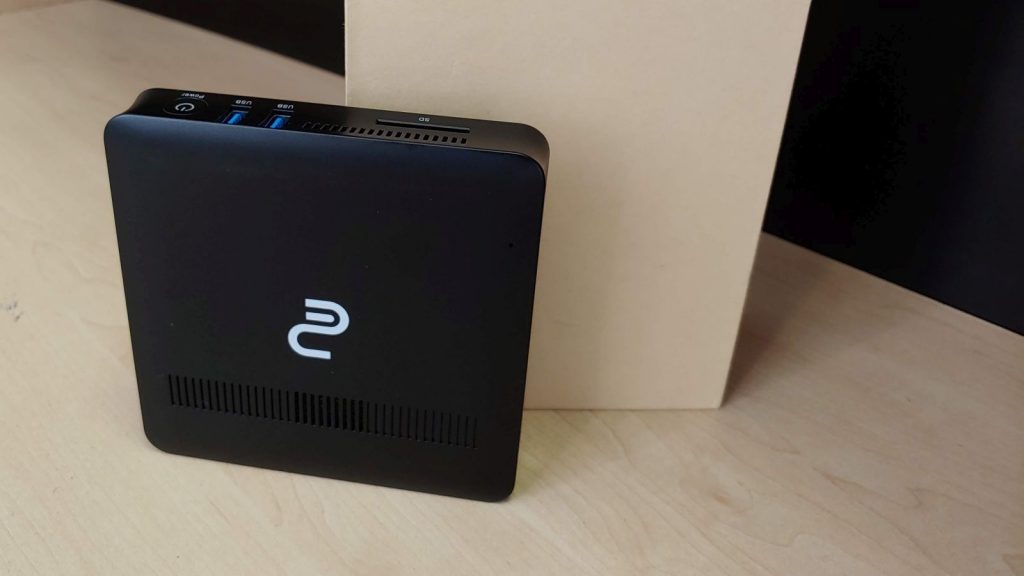 In South Africa, there aren’t many options for compact computers. While displacing the size of media players, but allowing companies and small workstations full access to Windows, these machines are great for those who don’t need an entire tower to house a PC.

While the CloudGate X is one such option, and is often marketed towards office folk, I’ve found that the tiny machine’s equally suited to more daring home users with a mini-HTPC build in mind.

Internally, the CloudGate X is powered by the Intel Celeron N3450 chipset, which launched nearly three-years ago now. It’s clocked at a base 1.1GHz but does turbo up to 2.2GHz when more juice is required. Mated to that is 4GB of LPDDR3 RAM and 1600MHz, and 64GB of eMMC storage. There’s also support for an M.2 SSD, and my review unit featured one with 128GB of internal storage. It’s a massively welcome addition, considering the recent price drops of SSD storage. You could easily upgrade this box to 500GB with less than R1500. 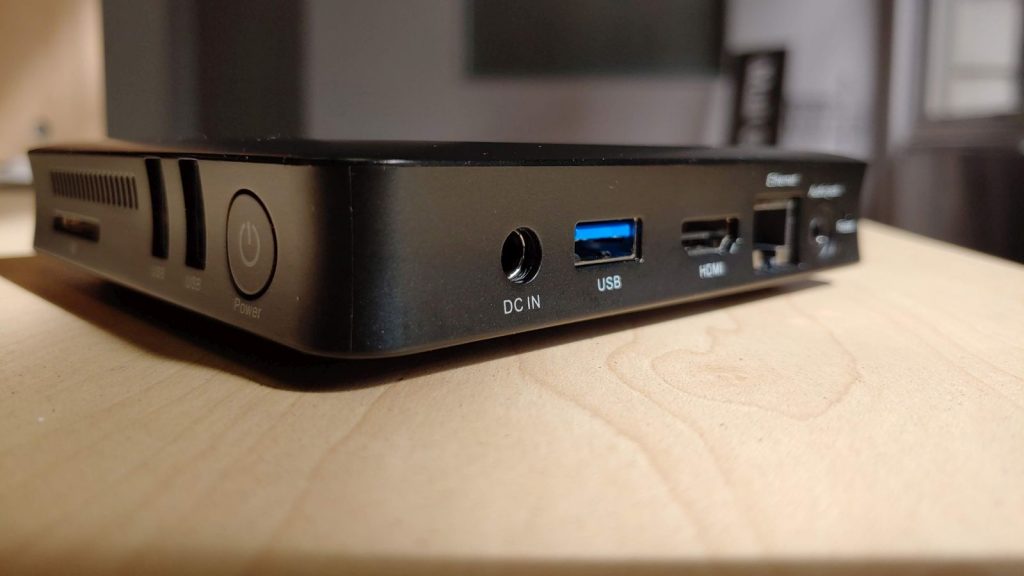 Unfortunately, don’t think that this is the complete HTPC box though. The machine doesn’t have discrete graphics, but instead uses Intel’s HD Graphics 500 onboard GPU. While you’ll be able to play a few Flash-based games, or titles like BroForce, you’ll be hard pressed to play anything more demanding. This is okay though. Considering the CloudGate X’s modest power demands, I wasn’t expecting it to blow consoles or larger gaming HTPCs out of the water.

More importantly is the following feature lineup: You get a Gigabit LAN port, WiFi 802.11 ac support, Bluetooth 4.2 support, an HDMI 1.4 port, single VGA port, and a 3.5mm stereo audio out jack. This also means you can connect two screens to the CloudGate X, a nifty little feature. And thanks to the VGA port, you’ll be able to use much, much cheaper and older screens than the current crop of displays.

All in all, the CloudGate X is more suited to office work than a mobile Windows 10-powered media player. Loading times for apps like Microsoft Word, LibreOffice and Adobe Reader aren’t too tardy. The eMMC’s Storage speeds usually hold these programs back, but I experienced no slowdowns while using them on the CloudGate X. Of course, if you’re worried about speed, you can always install apps to the M.2 SSD.

As it’s a small, VESA mount-capable, and light-on-power PC, CloudGate is marketing this product towards companies rather than consumers. And to that effect, it makes for a magical, low-powered back up computer or TV box.

Considering it weighs just 230 grams, it’s also a great box for travellers looking to beef up their hotel rooms, or Airbnb.

But, as mentioned earlier, I also gave it a chance to become my default HTPC box, testing its 4K media playback credentials, and its internet streaming potential. 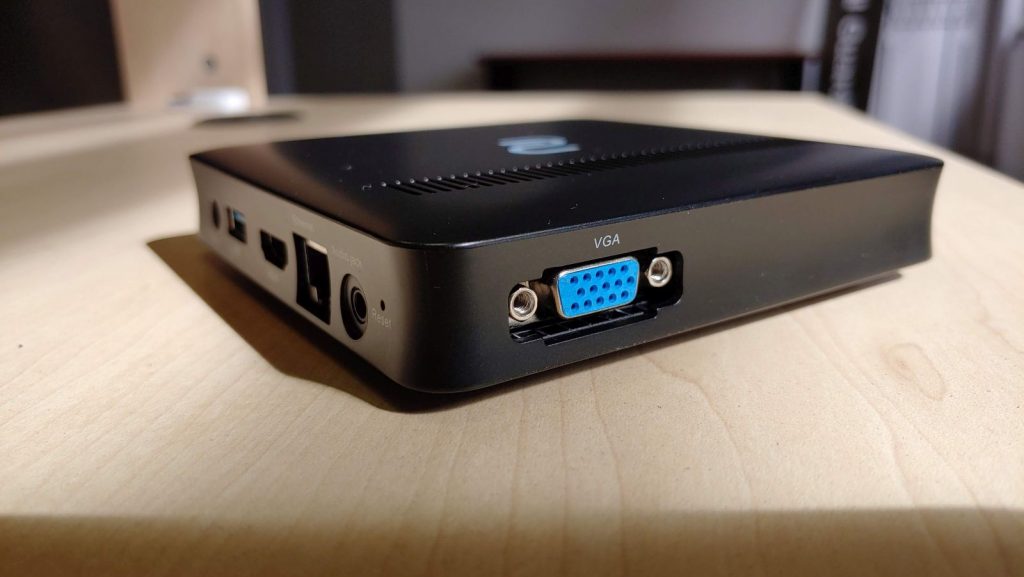 The quad-core Intel Celeron N3450 chipset might be dated and light on power, but it isn’t a slouch. You’ll probably want something with a larger cache and higher clockspeed if you’re interested in decoding on the device itself, but internet media puffs along without incident.

Granted, there are some design issues though.

The power cable is tragically short. I was barely able to plug it in behind my TV, and even then there was no slack left in the cable. It was pulled taught. I understand that this is likely a design decision for thin clients mounted to the back of PC monitors, or the underside of desks, but considering this device is sold to the general public, CloudGate should probably reconsider bundling the device with a longer power cable.

Oddly enough, the power button is also strangely difficult to find. I had to almost always search for it before I could switch it on. No edge of the device seems to be distinguishable as the “front” making physically navigating it a chore.

Strangely too, the aforementioned VGA port doesn’t hold connectors fast. While it does have those old school screws that many VGA ports have, I struggled to screw my VGA cable into the device. I tried with two other cables from different machines and still, no cigar. It may sound trivial, but companies will not appreciate workers complaining about sporadic screen disconnects. 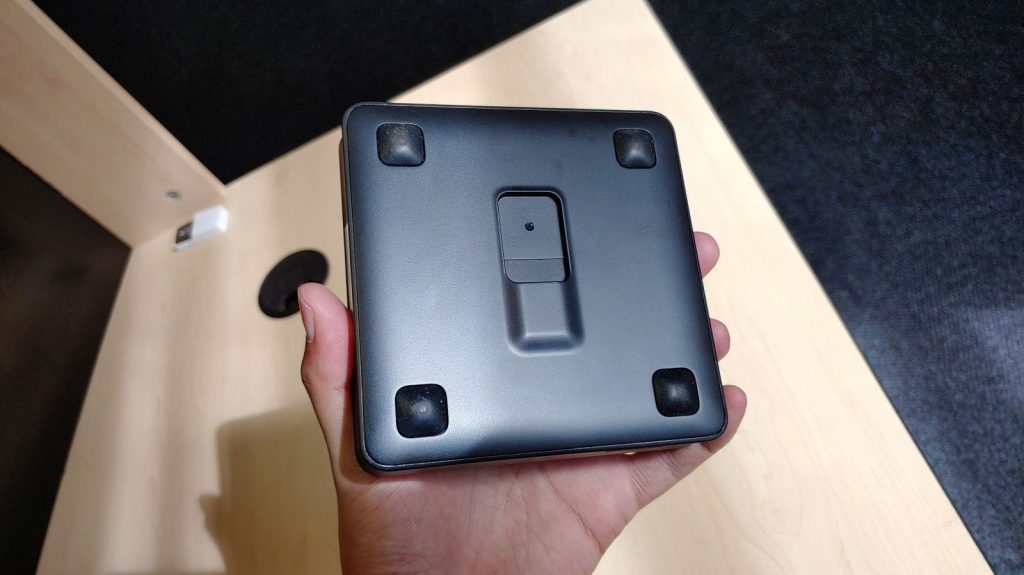 Still, for what it does, the CloudGate X is a surprisingly well designed box. It has an abundance of ports, from USB to video out. It has modern comforts like support for M.2 SSDs, WiFi 802.11 ac support, and Gigabit Ethernet. It also comes with Windows 10 — an OS that’s scantly ever below R2000. (Notably, the CloudGate X also supports Linux-based OSes.)

You may wish that CloudGate shoved a more modern CPU in the X, to reduce power draw even more but to provide a little more turbo thrust when tasks demand. But hey, the current chip is a good balance between those two. Just don’t expect it to do too much.

Buying these by the boatload for a gaggle of employees at a company makes heaps of sense, but, if you’re an end consumer just purchasing a secondary machine or lightweight Windows 10 box, it’s definitely not the worst decision you can make. In fact, you’d be pretty hard pressed to make a better one. 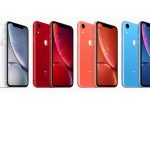