At its I/O event this week Google revealed its Pixel 3a and Pixel 3a XL, the company’s “more affordable” range of mobile devices.

According to Google, the new Pixels include “high-end” features for “half the price of premium smartphones”.

“You get up to seven hours of battery life on a 15-minute charge and up to 30 hours on a full charge,” the company explained.

Internally, both feature the same chips: a Qualcomm Snapdragon 670 with 4GB of RAM and 64GB of internal storage. There is no microSD card slot, but there is a 3.5mm headphone jack.

The phones further include a VR Google Maps feature that navigates in a real-world environment.

“The next time you’re getting around town, you can see walking directions overlaid on the world itself, rather than looking at a blue dot on a map,” Google noted.

The Google Pixel 3a costs $399, while the 3a XL sells for $479 and are already available in the US and other countries. The duo is not available in South Africa. 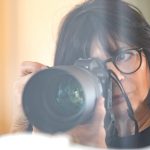