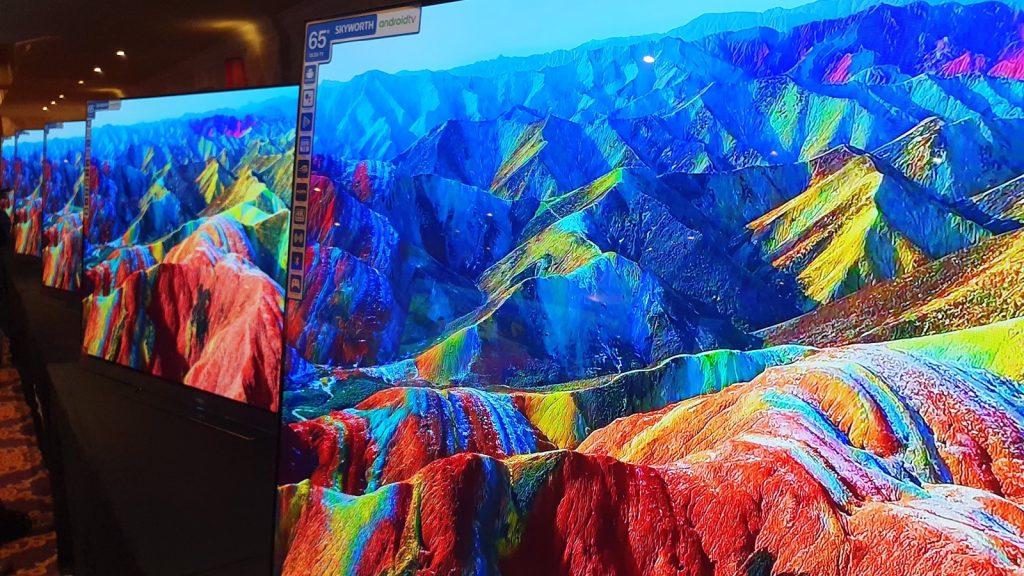 It becomes the second, behind LG, to offer OLED TV technology in the country. The firm, known for its technology research and development and producing TVs for OEMs, has been active in the South African market since 2014, when it bought Sinotec’s South African operations. It now manufactures both Skyworth and Sinotec panels in Hammanskraal, north of Pretoria, a facility it has pumped more than R50-million in to, it noted.

Although the firm showcased a number of new panels, one in particular was marketed as its flagship. Dubbed the S9, the display will be made available in two sizes, 55-inch and 65-inch. The latter, which features a 4K or 3840×2160 panel was on display for the media, but seemingly not playing a 4K resolution demo file.

Visually, the S9 appeals to the minimalist. Skyworth is punting its “Infinity Screen” feature, which it claims allows for 100% of the panel to be displayed as opposed to the industry standard of 89%. Marketing aside, the bezels are ultra thin, while the display itself measures 3.6mm at its slimmest point.

The bottom houses the control segment, while its fronted by a mesh speaker system. 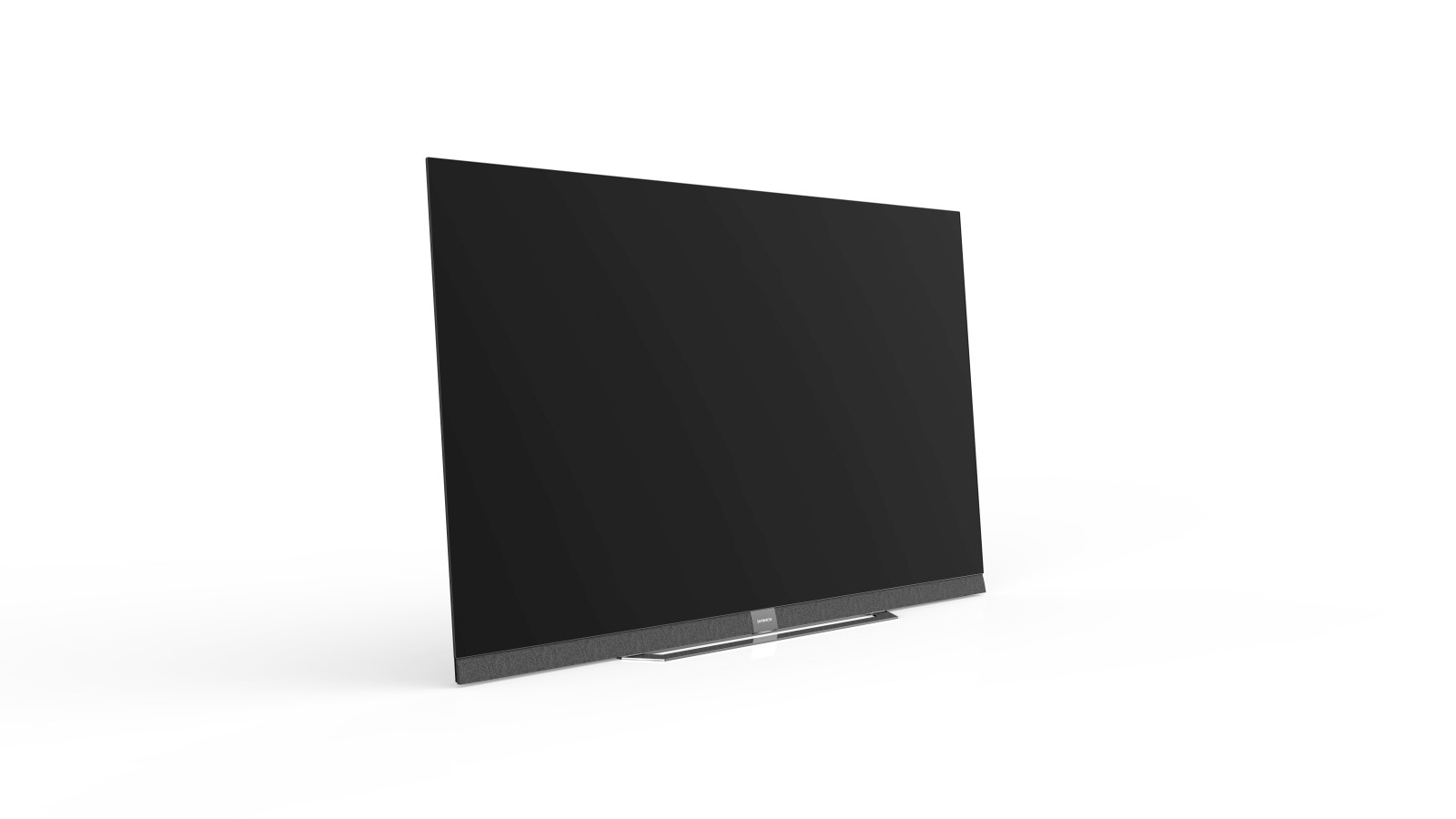 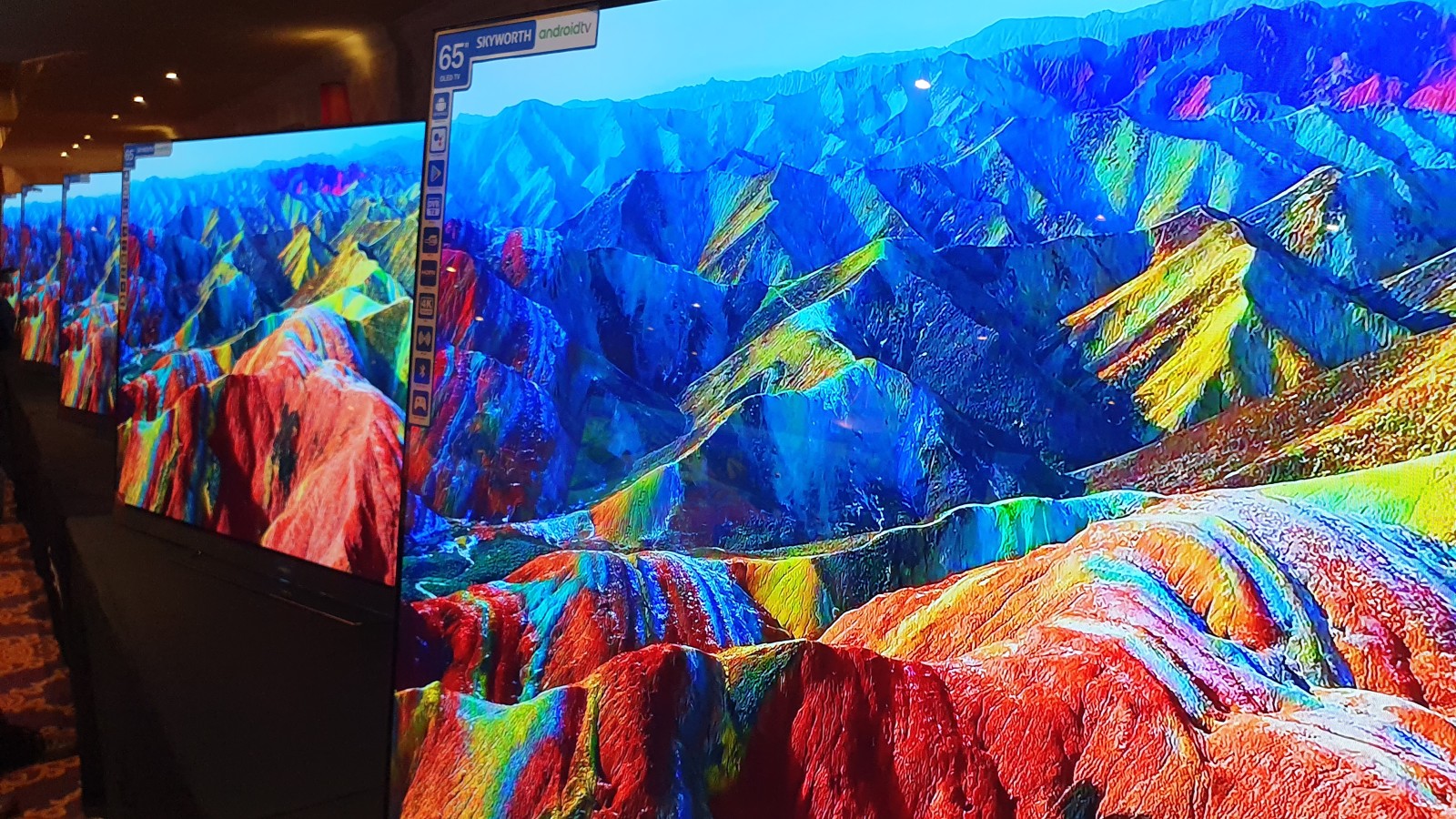 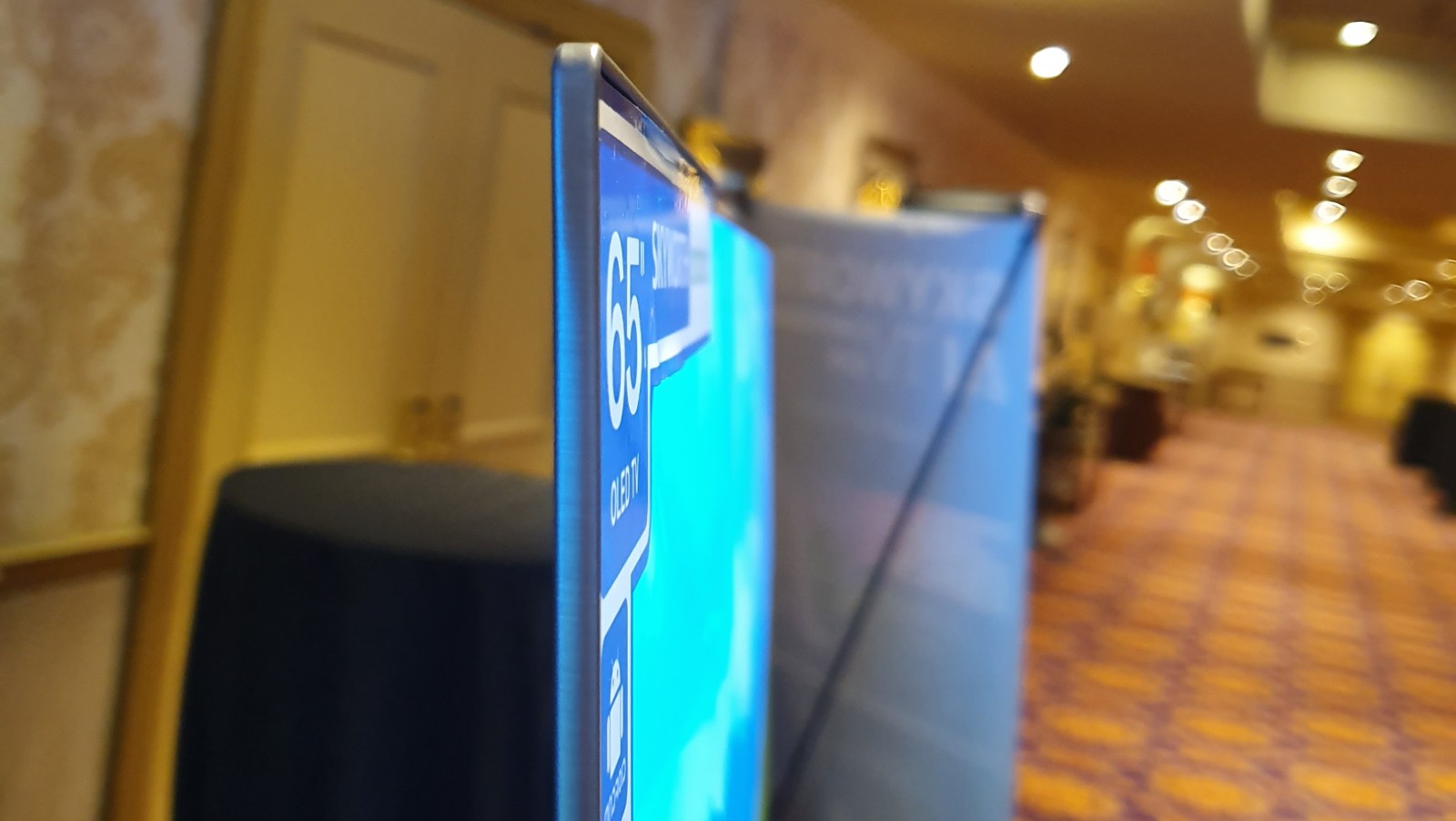 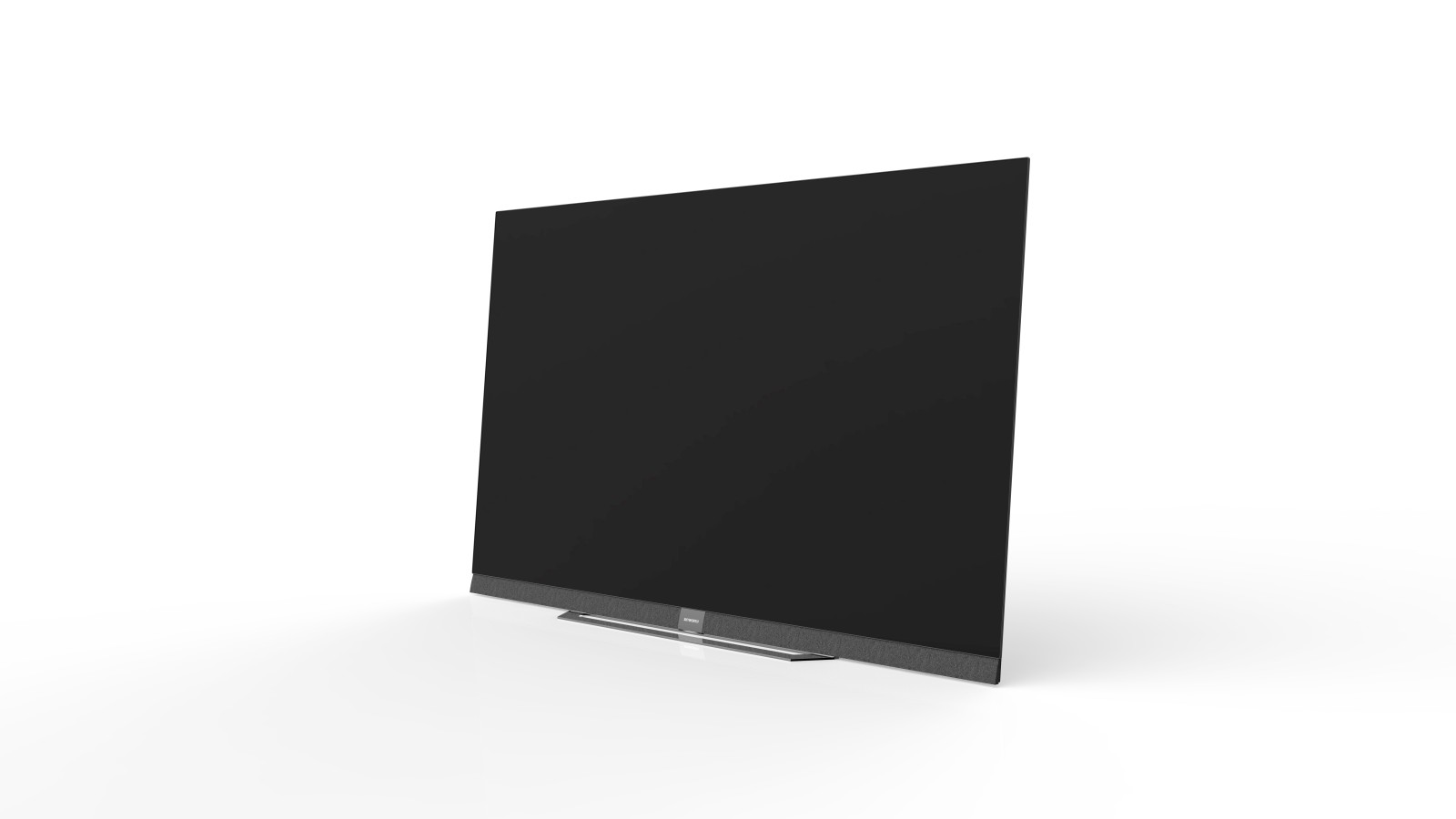 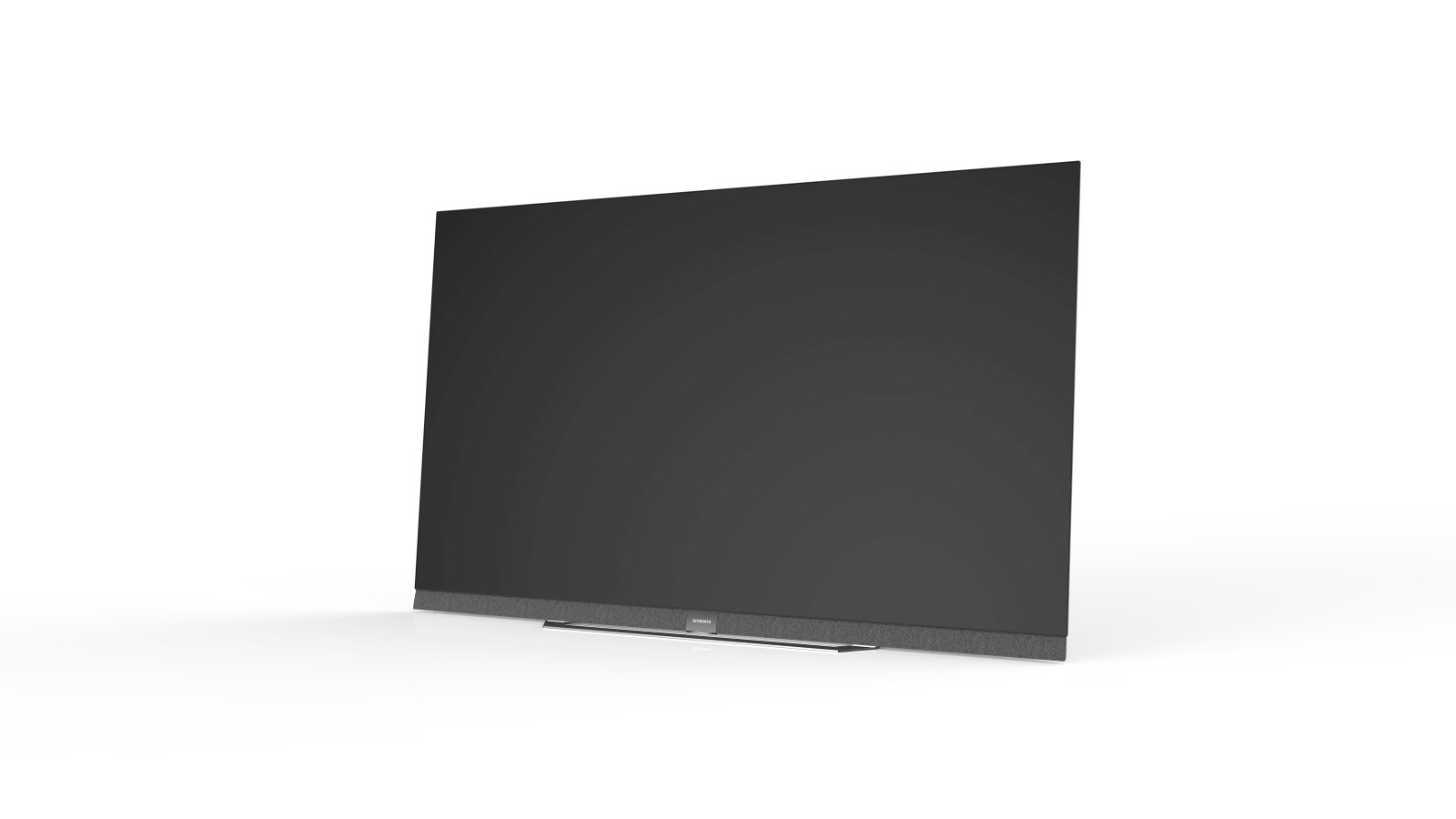 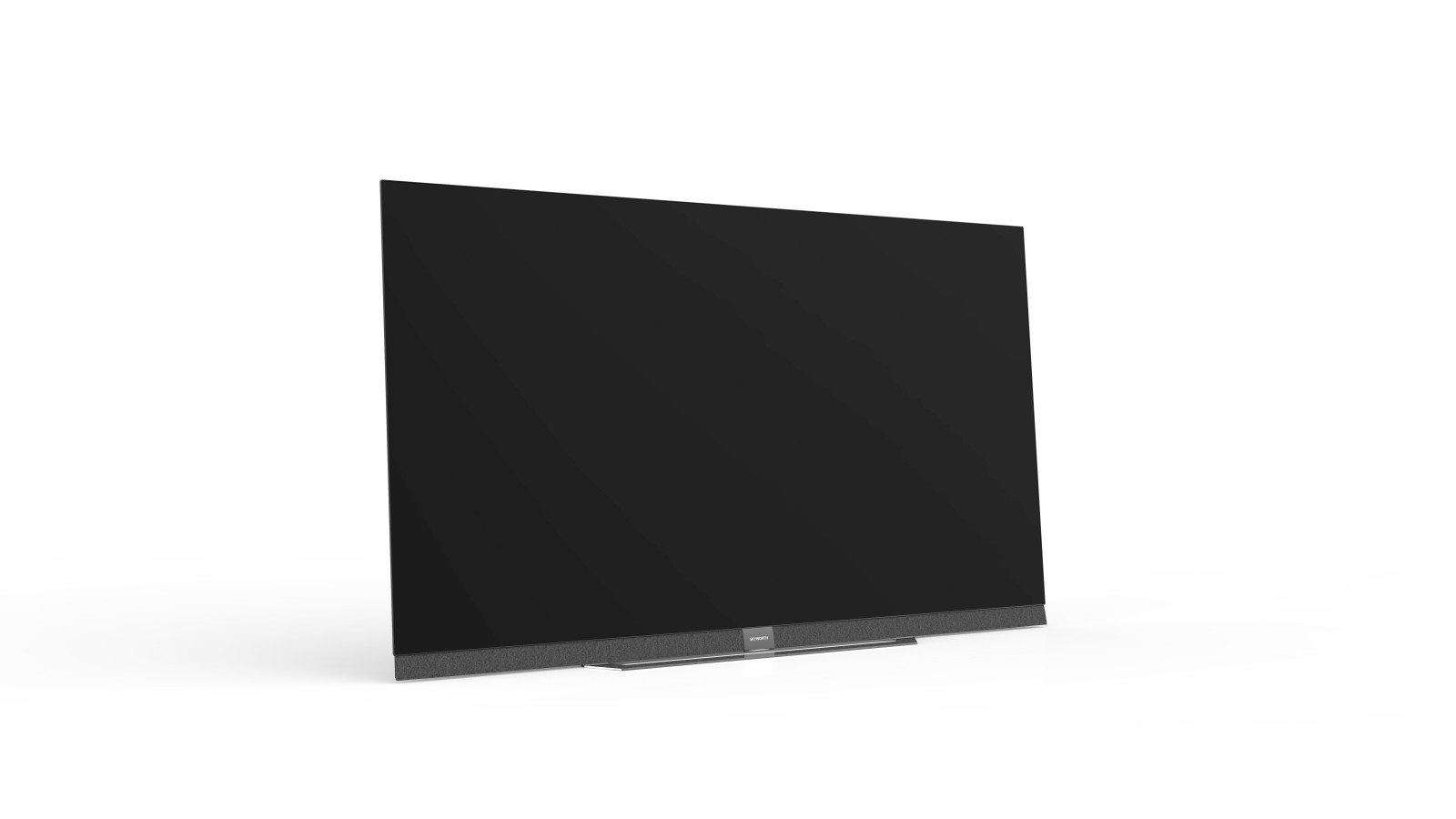 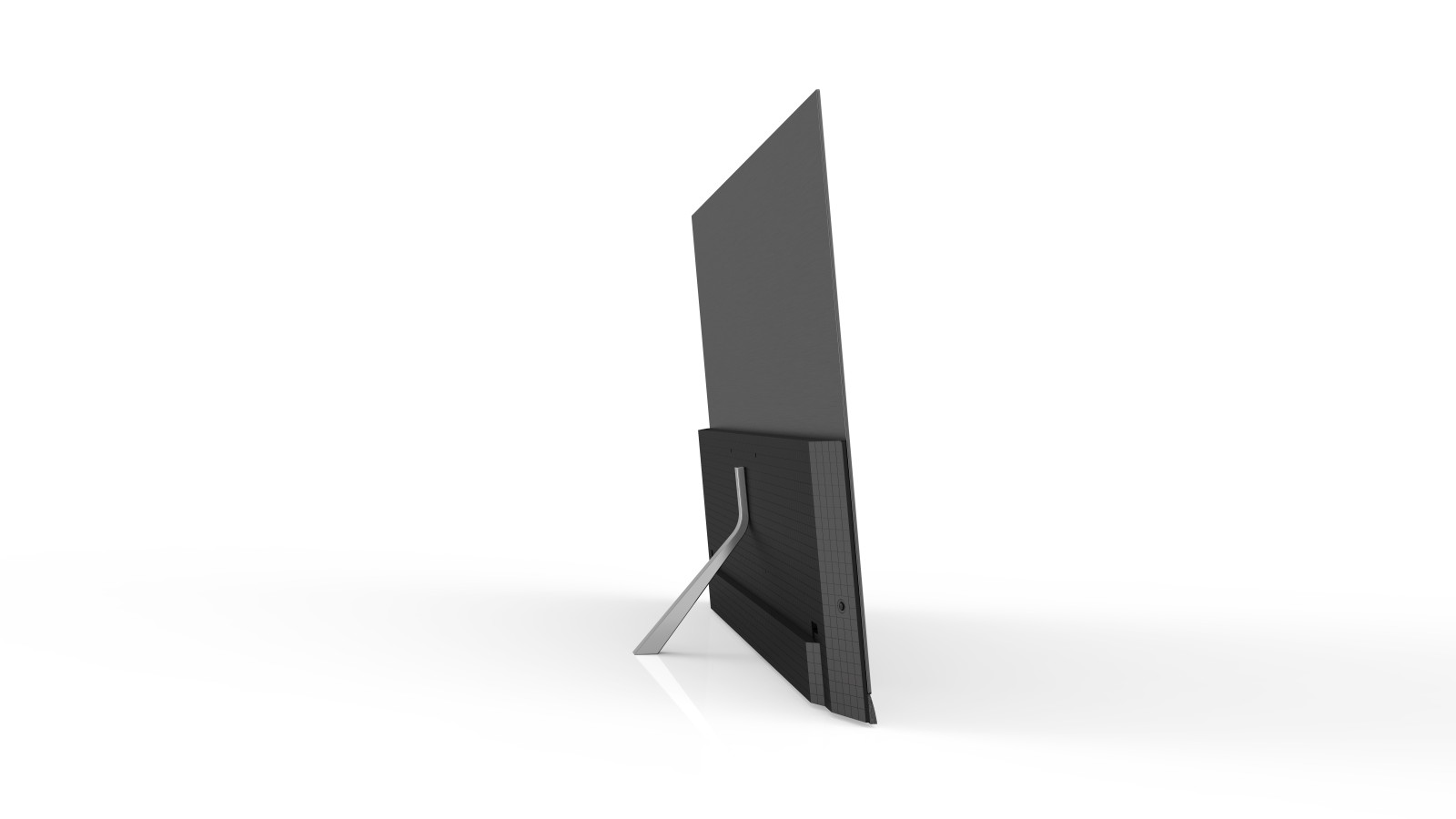 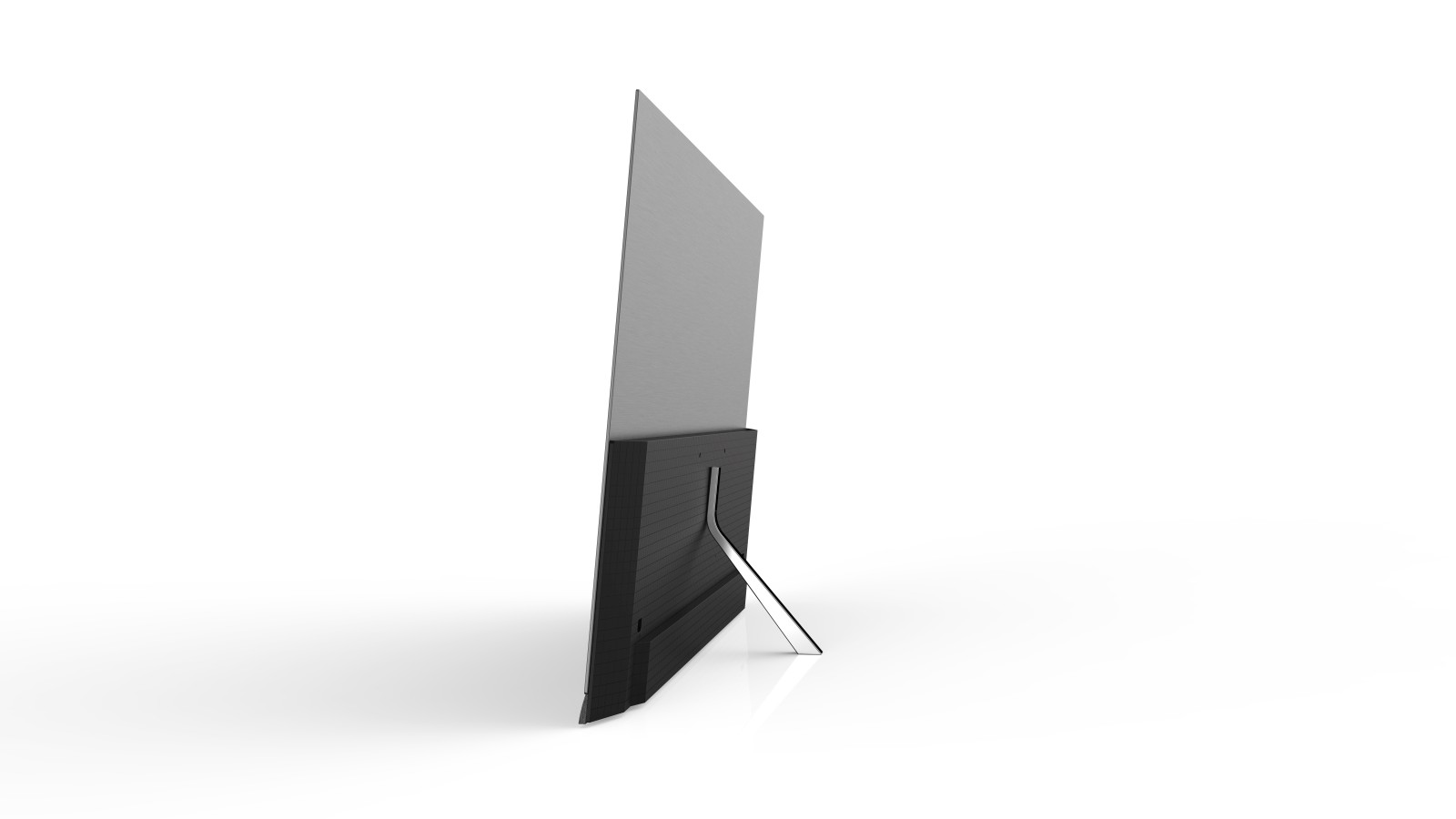 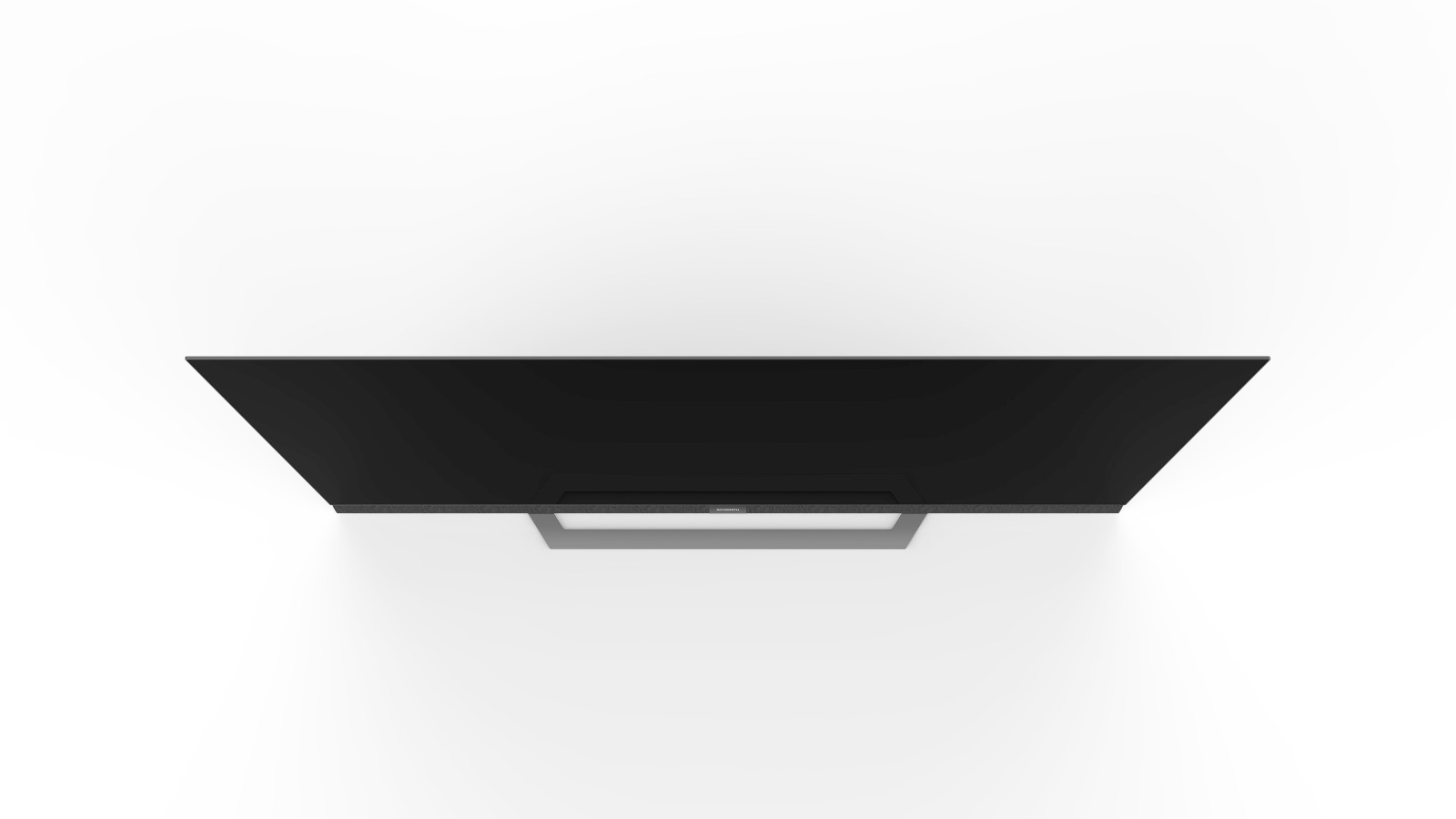 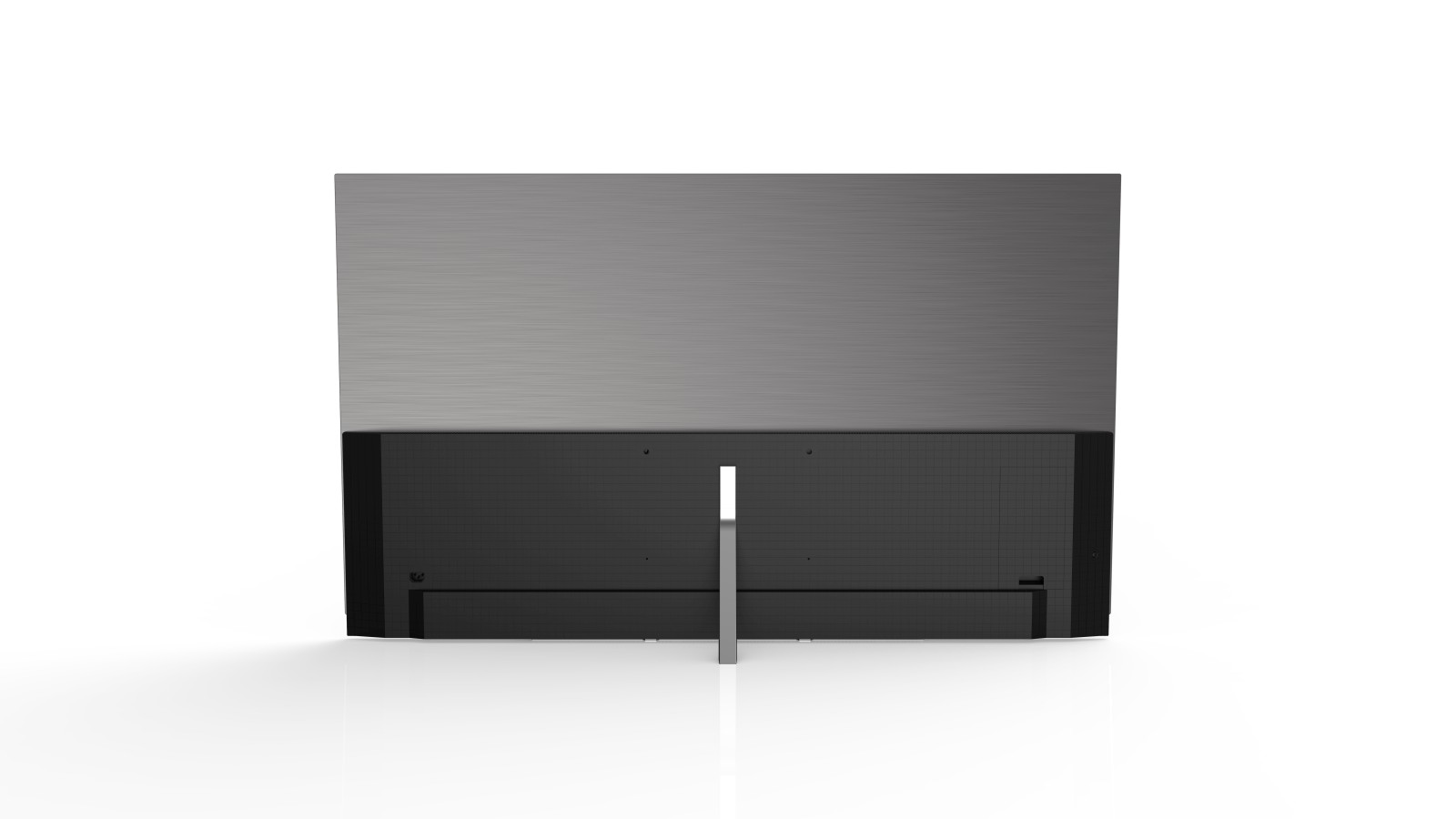 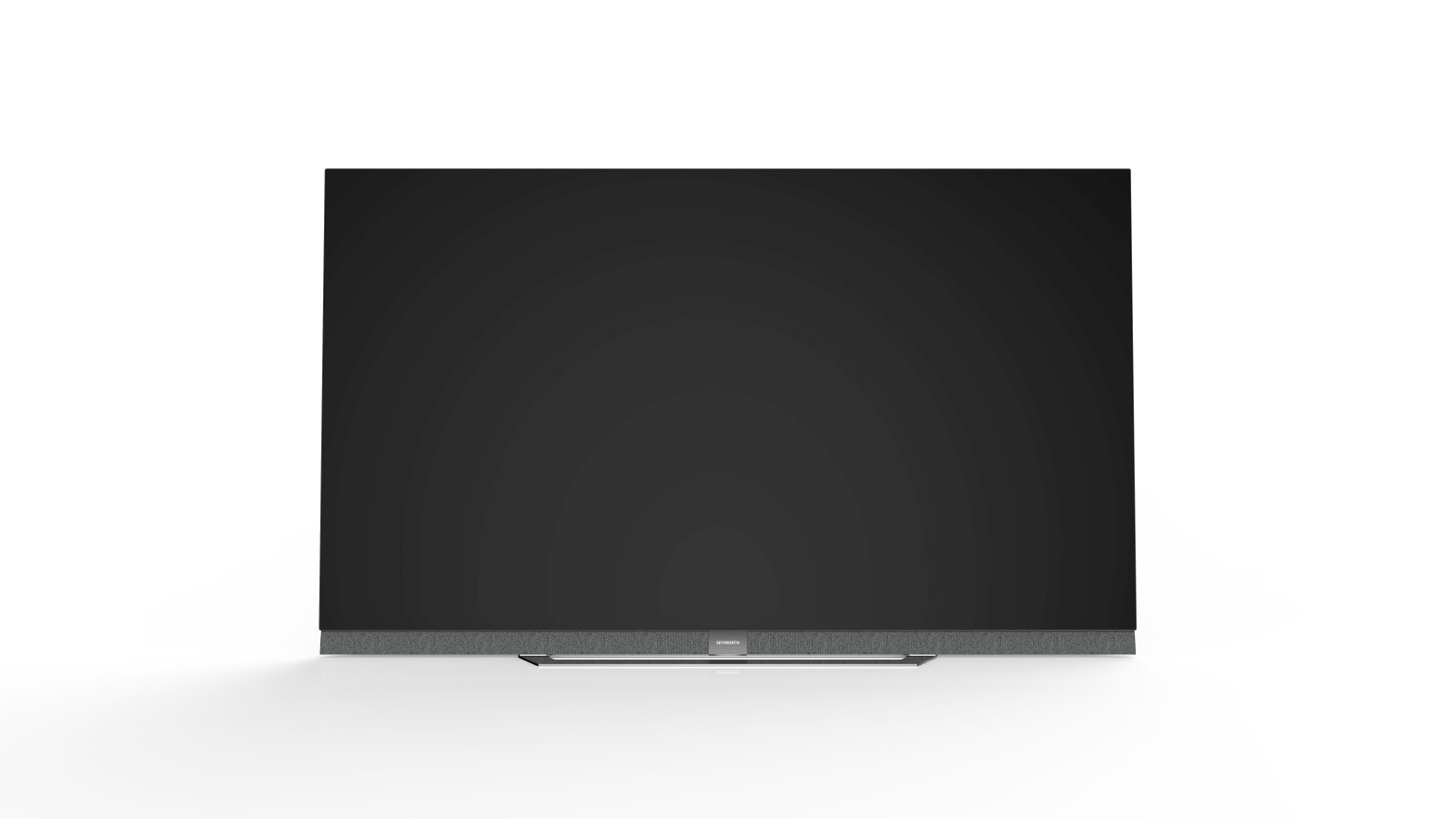 While some of Skyworth’s TVs included quite ludicrous looking “pigeon-toe” stands, the S9 has a simple front and rear leg coated in a chrome finish.

In terms of inputs, there’s RF In (because, South Africans need their SABC), Composite input for older gaming consoles, three HDMI ports, two USB ports and an Ethernet port among others. The latter’s particularly important for Android TV baked into the TV itself.

Because of this, Skyworth’s also calling these “AI TVs” even though none actually process any data onboard or feature any machine learning capabilities (bar Google Assitant, of course). It’s also envisioning the TV as the centre of the smart hub, unlike many companies that see the smartphone play this role. Skyworth believes that because the TV is in the common room of the house as a public screen, it should be the gateway to controlling other smart appliances. These actions are performed by Assistant, and Skyworth notes that more than 20 000 products currently function with the digital butler.

When the S9 65-inch eventually gets to South Africa, it’ll fetch around R40 000 according to the company’s employees. However, no prices were confirmed just yet.

Other displays on offer included the Q3C UHD TV, the Q20 UHD TV, the E20 FHD TV and KTV (Karaoke TV). That latter one will bring back some memories for 90’s kids. 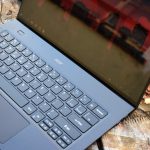