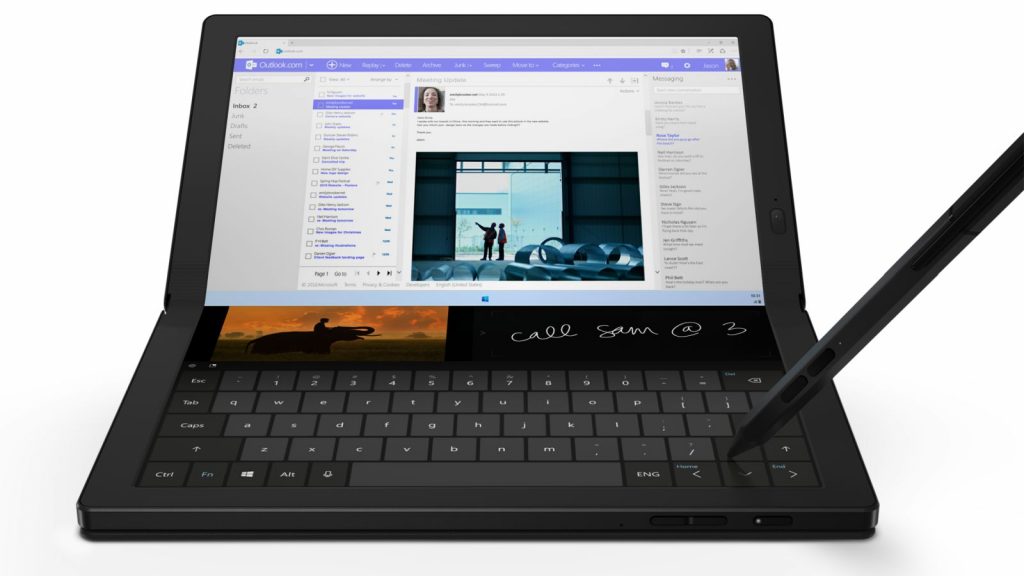 Chinese PC vendor Lenovo could be accused of playing it safe recently, but that notion went straight out the window this week.

At its CES 2020 event, the company unveiled a number of products that it hopes will redefine the tablet, laptop and foldable device genres for the year to come.

We were first made aware of the company’s foldable laptop plans in May last year, when it revealed a concept of a large 13.3-inch tablet that could bend, transforming one half of the display into a keyboard. 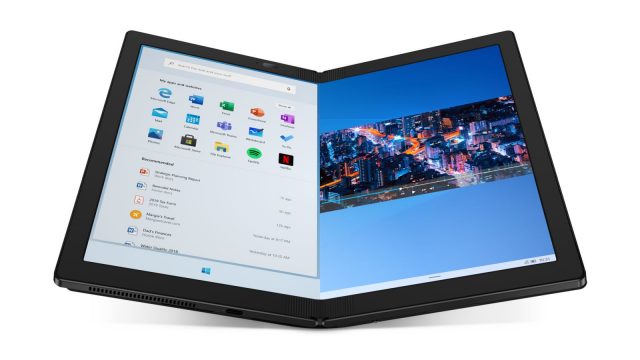 This week, the company unveiled an actual production-ready device that we’ll likely see in a select number of consumers’ hands in the coming months.

The ThinkPad X1 Fold is built using alloys, carbon fibre and leather at the rear, and bends on a “multi-link torque” hinge that Lenovo says was the result of more than six different designs and 20 variations.

LG Display built the bendable 13.3-inch pOLED screen too, which employs a 4:3 screen ratio. Lenovo hasn’t yet revealed the resolution.

The ThinkPad X1 Fold can be used with a Bluetooth keyboard, and Lenovo notes that it can also be offered in a 5G guise too.

Overall, the device weighs in at a kilo, but it won’t be as light on your bank account.

Lenovo’s asking for $2499 for the Windows 10 version, and a Windows 10X variants is also in the works.

Lenovo ThinkBook Plus: an e-ink screen on a notebook

E-ink is a great technology. Not only does it turn digital screens into books, it also uses a ridiculously scant amount of energy. So it makes it perfect for mobile devices. 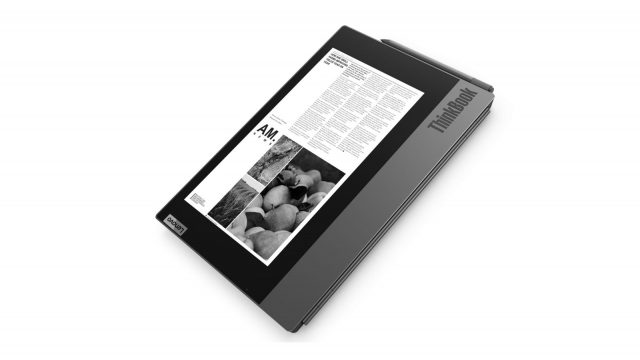 Lenovo agrees, so it turned the outer cover of the ThinkBook Plus into an 10.8-inch e-ink writing pad.

“The display can be used to create illustrations and take notes with the Precision Pen, at the same time as receiving essential notifications when the lid is closed,” Lenovo explained.

Flipping open the laptop, you’ll find a 13.3-inch 1920×1080 primary display. The company remained mum on the ThinkBook Plus’ internals.

In what the company calls another first, it announced the Snapdragon 8cx-powered Yoga 5G. 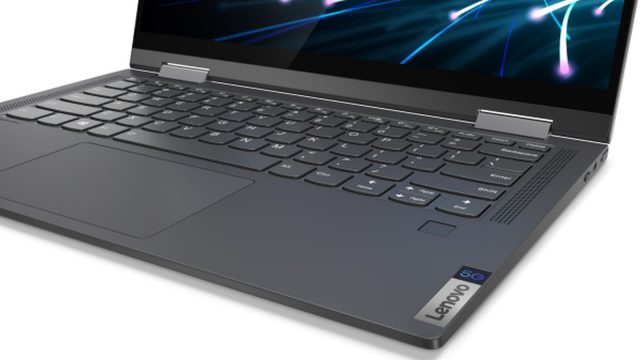 It’s a big step for mobile computing, considering that this chip is based on ARM architecture, technology we’ve more commonly encountered on mobile phones and tablets.

Weighing in at 1.3 kilograms, the Yoga 5G isn’t in either of these genres. The laptop has a physical keyboard, sports a 14-inch display, and is good for a quoted 24-hour battery life.

It supports Dolby Atmos and uses the Adreno 680 GPU. 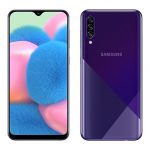