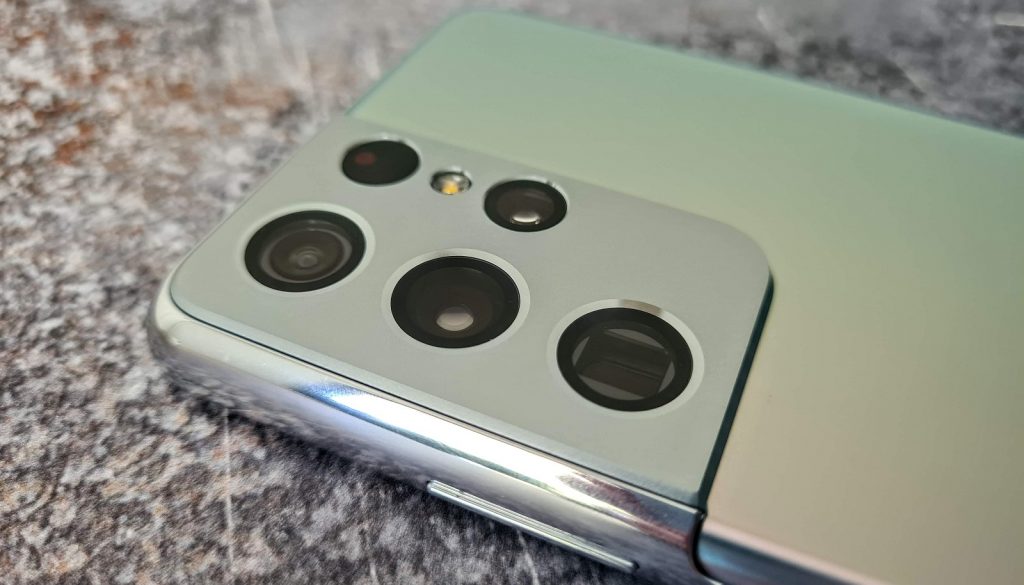 The Samsung Galaxy S21 Ultra 5G marks a new era in smartphone design for the company. But with one of its major competitors challenged by a Google services lockout, has Samsung chosen to innovate or rest on its laurels?

Last year’s Galaxy S20 range left some fans disappointed, especially with the price tags attached to the devices and the lack of 5G support. But in a surprise move, Samsung released the new S21 range at similar prices to its 2020 devices.

But is this all there is to attract consumers?

We spent some time with the Samsung S21 Ultra, and here’s what we found… 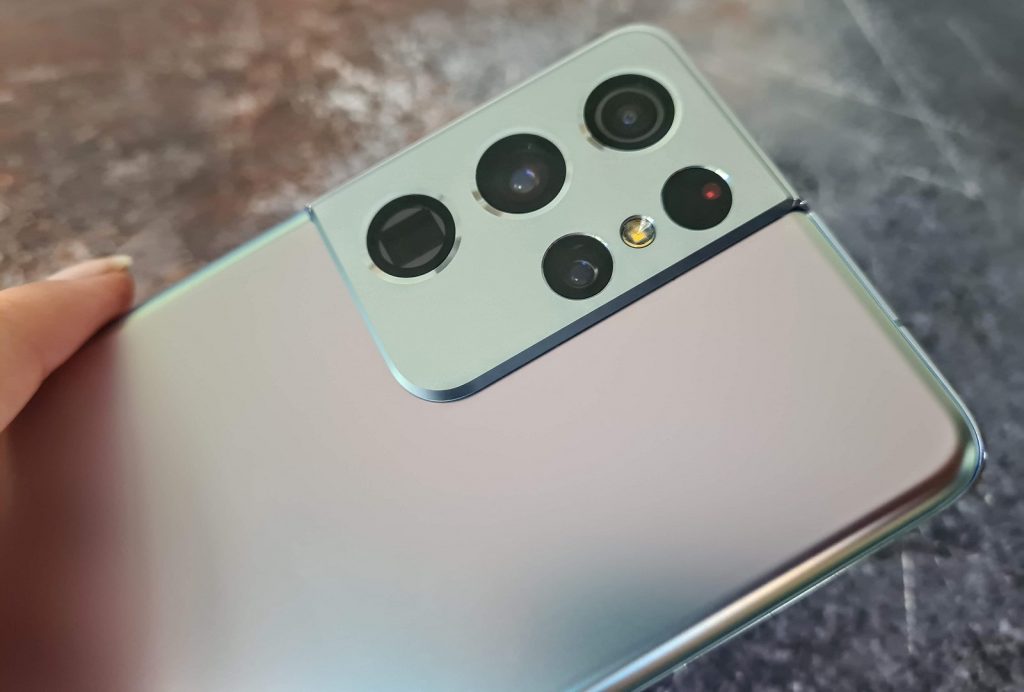 Samsung has definitely upped the game when it comes to the design of its Galaxy S21 series, including the S21 Ultra 5G.

While some people may not go for the distinctive camera housing, we preferred it to the muted design of the previous series. The contrast is done in a way that complements the overall design of the device and makes it stand out from the other unrecognizable rectangles we’re increasingly seeing in the industry.

The Phantom Silver colour of our review device was also a welcome feature. While not opting for the bright palettes of many recent Samsung devices, the colour option still offers a bit of flair thanks to its pearlescent and shimmery finish.

While larger than the typical smartphone, with its 6.8-inch display, it isn’t unwieldy. For those used to larger, phablet-inspired devices, this is nothing new. Though it may take some getting used to for people who use smaller devices. 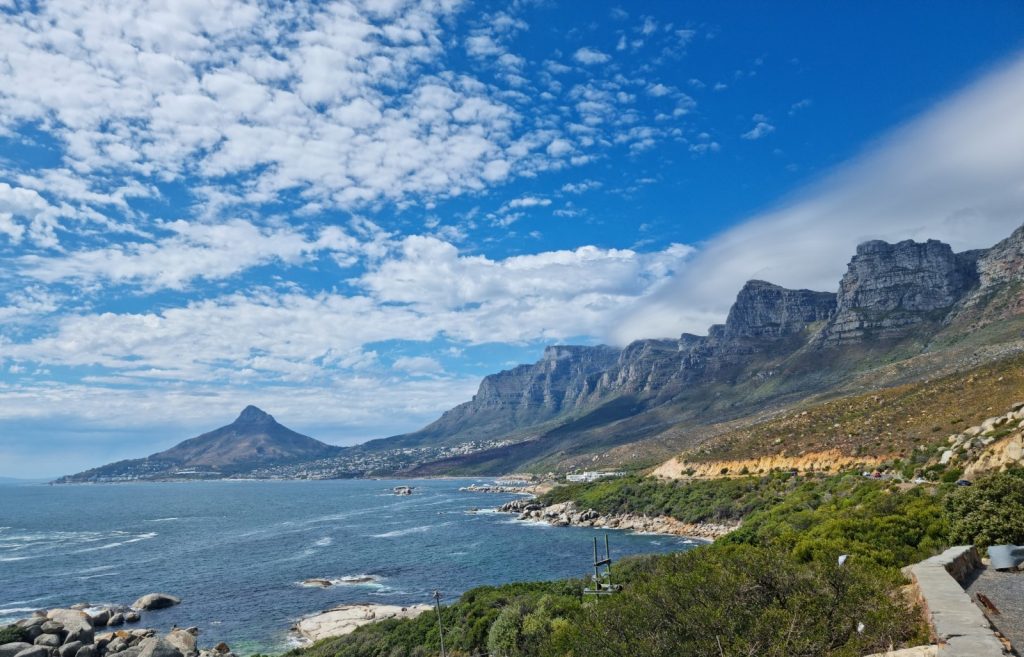 The S21 Ultra camera still delivers the high-grade camera experience of the previous generation, while switching up the specs a bit.

However, the S21 Ultra switches this up with a quad-camera setup consisting of a 108MP, 12MP, and two 10MP lenses.

Initially, this seems like a downgrade in resolution, but it actually leads to an improvement in one important feature — the zoom. Thanks to the additional 10MP telephoto lens, the S21 Ultra supports 10X optical zoom, improving the overall zoom quality of images considerably.

While most people won’t find themselves really using the 100X space zoom, the improved optical zoom really comes in handy on a daily basis, where the previous model only supported 4x optical zoom. 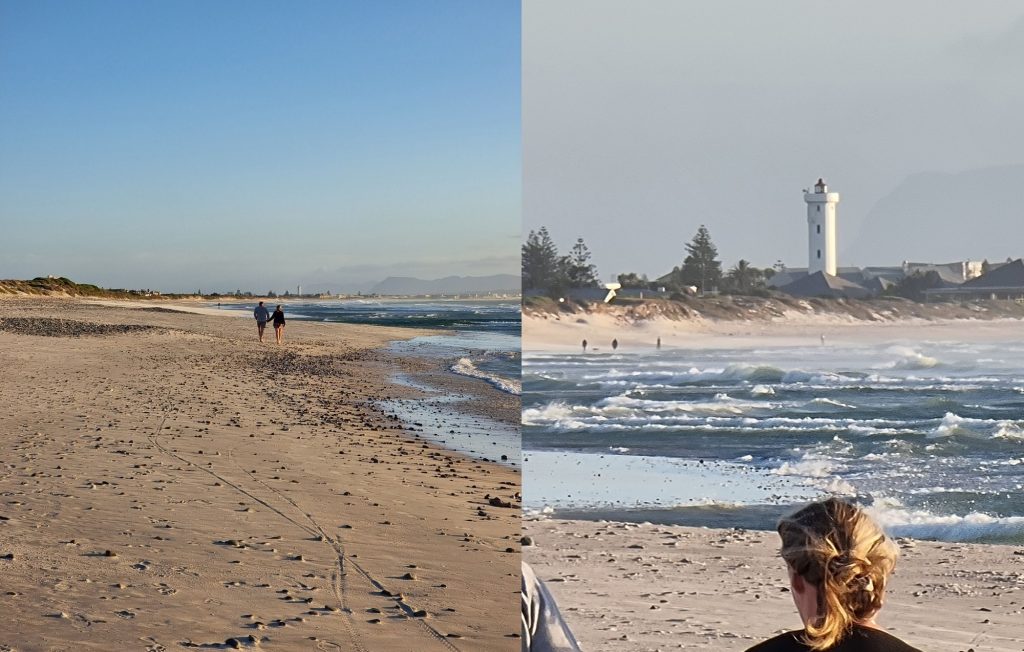 If you want your high-resolution photography, the 108MP lens is still there to deliver the breathtaking shots people have come to know from the range. And the improvements to Samsung’s AI and processor really come together to deliver a better camera experience than the S21 Ultra’s predecessor.

Annoyances from the S20 Ultra camera, such as lagging performance or strange streaks in high res images of closer subjects, aren’t present in the S21 Ultra. The high-resolution images are among the best achievable on a smartphone.

When it comes to low-light photography, the camera also performs well.

The main drawback in camera performance is that the 8K video, capped at 24fps, leaves a bit wanting. However, the feature seems like more of a nod at the camera’s capabilities than a full-fledged feature. If you want to record 8K video at a high framerate, a smartphone isn’t the solution.

When it comes to regular video recording, the S21 Ultra does a great job. And the inclusion of Director’s View on the S21 series is an incredibly useful feature that makes switching zoom levels and incorporating different viewpoints easy and seamless.

However, when you put the camera through its paces, you should be prepared for the area near the camera housing to heat up. It’s not something that becomes untenable or causes the camera to shut down, but it is noticeable. 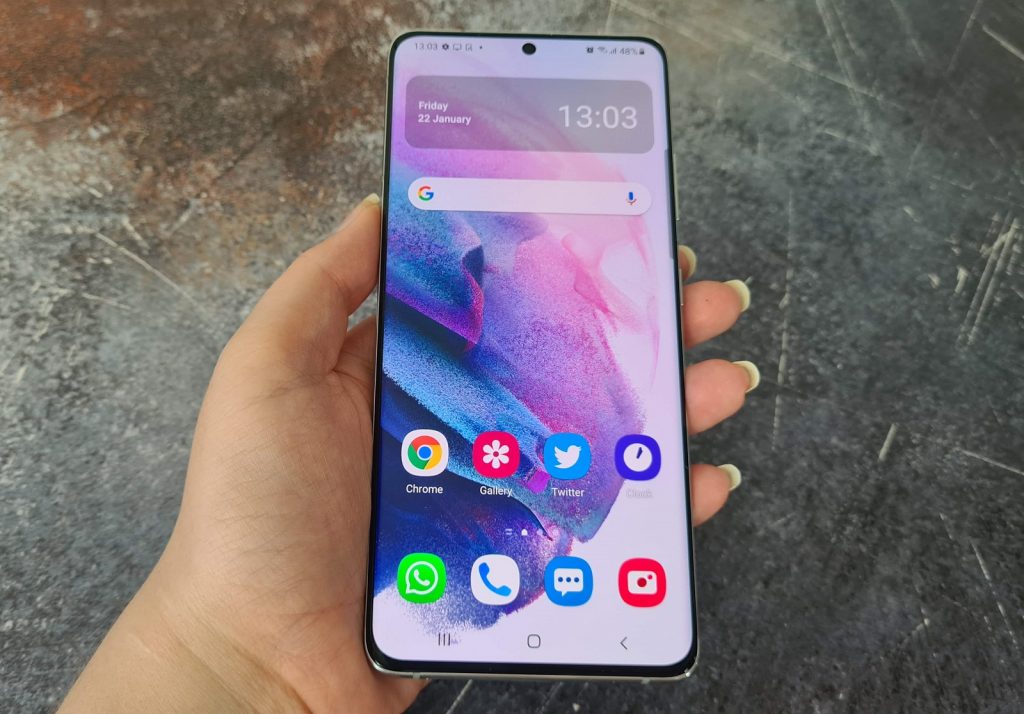 So with all this powerful hardware incorporated into the device, how does the battery life stand up to daily use?

When running the phone through a PCMark for Android battery benchmark, it lasted up to 11 hours and 25 minutes. This puts it in a similar area as the Samsung Galaxy S20 FE 5G, OnePlus 8T, and Vivo X51 5G.

This is a pretty impressive battery life for such a specced out phone, especially since we set the screen to the highest refresh rate. The battery benchmark test reflects constant use, with the screen activated throughout.

So you can expect the battery to last longer with regular daily usage. 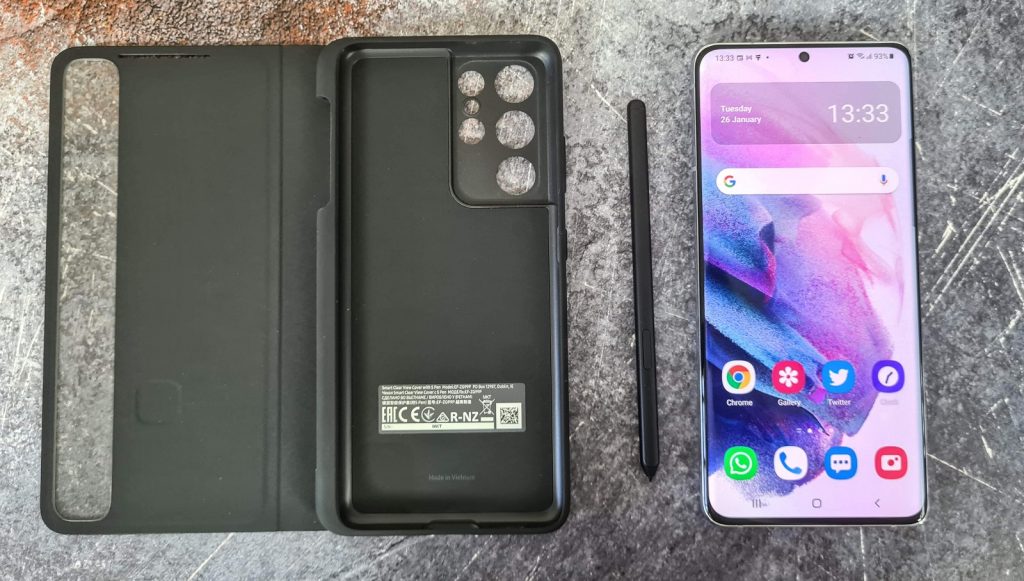 One of the major game-changers that the S21 Ultra brings to the Galaxy S range is support for the S Pen. This is the first non-Note device to support the accessory.

This opens up some flexibility for users who want to use the Samsung stylus without having to purchase a Note device.

Since it doesn’t slip into the device itself, using the S Pen with the S21 Ultra is not quite as seamless as using one with a Note device.

However, it does bring a lot of perks if you’re looking for certain stylus features.

One of our favourites is the PenUp app, which lets you draw and share digital artwork. While it’s sure to be a hit with casual artists, it’s also great for complete amateurs — allowing you to learn how to draw from a variety of community-made tutorials. You can also use tracing and other tools to create artworks from your own photos.

Other stylus highlights include general productivity features, such as the ability to create handwritten notes, send live message GIFs, and use Bixby translation features.

So far we’ve been singing the praises of the S21 Ultra 5G — so what are its drawbacks?

We’ve mentioned the heating issues when taking video. While this isn’t a dealbreaker in any sense, it is still something that is noticeable for the user and should be remarked on.

Meanwhile, the 8K video snap feels like more of a proof-of-concept feature than a selling point — so it’s definitely not something we’d advise someone makes a purchasing decision based on.

The lack of a charger, while aimed a reducing electronic waste, feels like it was implemented a generation too soon. Most people only upgrade every two years–and the S10 doesn’t support the maximum charging speed or charging cable for the S21 Ultra.

But the biggest source of hesitation for most consumers will remain the price.

However, R27 999 is still a very high price for a phone for most consumers.

In a lot of ways, the Galaxy S21 Ultra makes up for the disappointments of the S20 range. By reigning in the price to a similar region as last year’s range, while innovating on the design, the phone delivers a more appealing deal for many.

It still has exceptional photography and videography features that are great for creators, but adds future-proofed elements such as a faster processor and 5G support.

While its price will remain a sore point for most consumers, it certainly delivers a compelling package. 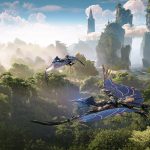