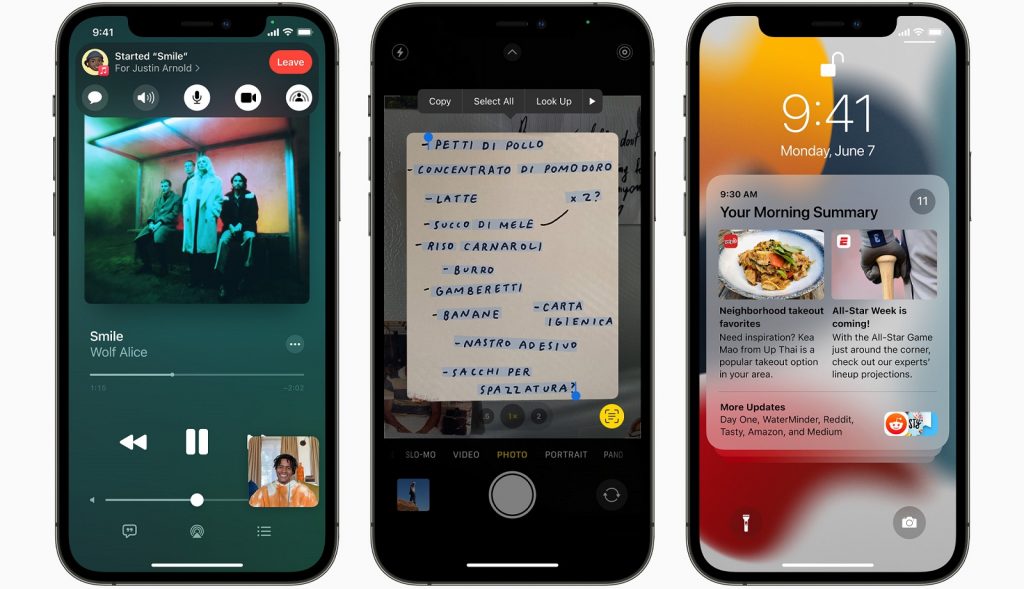 Apple has announced several new features that it will introduce with iOS 15, including updates to FaceTime and redesigned apps.

The features were unveiled at Apple’s Worldwide Developer Conference on 7 June.

“For many customers, iPhone has become indispensable, and this year we’ve created even more ways it can enhance our daily lives,” Apple Senior Vice President of Software Engineering, Craig Federighi said in a press release. 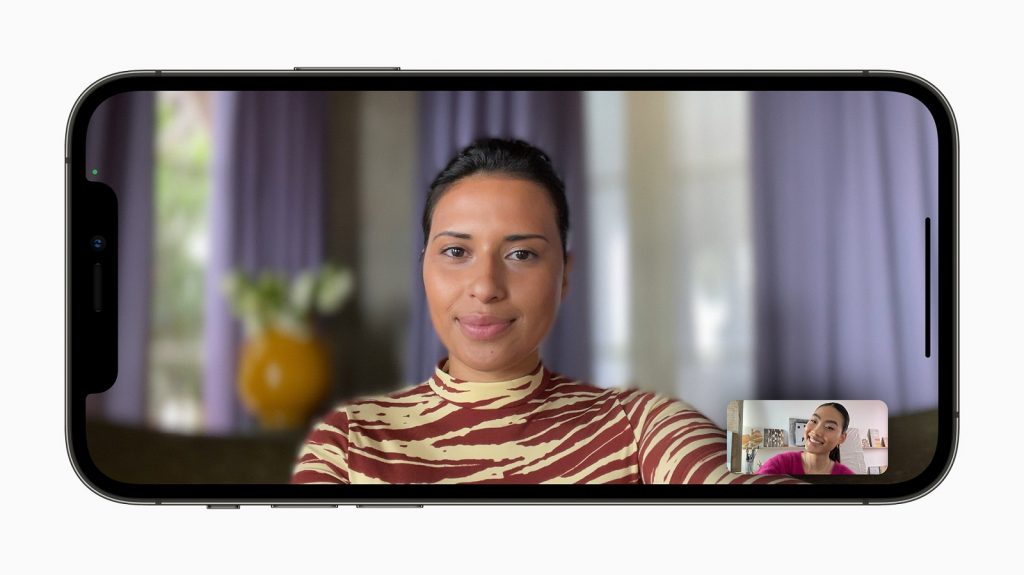 Apple has introduced spatial audio to FaceTime calls to make it sound as the audio from each caller is coming from their position on the screen.

In addition, there are new microphone modes that separate a caller’s voice from background noise. There is also Portrait Mode, which lets users blur their background during calls, and a new grid layout for multiple callers.

A major addition is SharePlay, which lets callers share media content with others. This includes screen sharing, listening to music together via Apple Music, or watching a movie or show together with shared playback controls. SharePlay is available across iPhone, iMac, Mac, and Apple TV devices.

FaceTime callers can also make calls to non-Apple users. A link can be shared via Messages, Calendar, Mail, or third-party browsers to a user on an Android or Windows device.

Like with normal calls, FaceTime calls to non-Apple devices are end-to-end encrypted.

Focus on the apps that matter 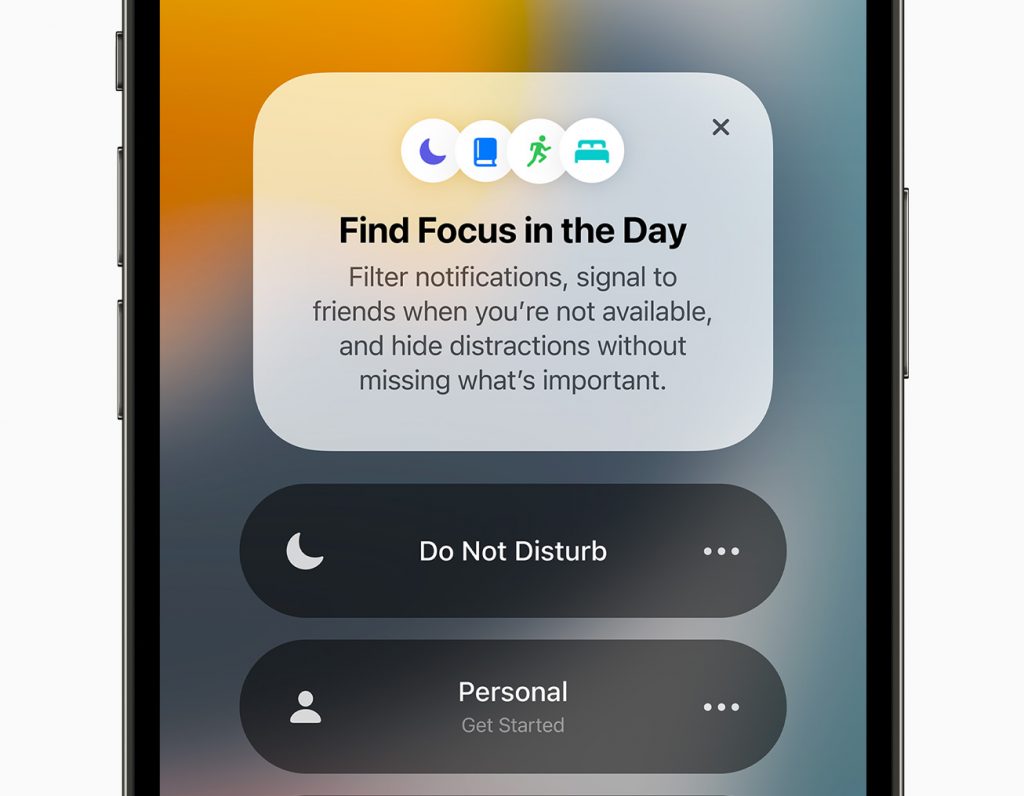 A new feature coming with iOS 15 is Focus. The feature lets users filter notifications and based on what they want to focus on. Users can choose a suggested Focus profile or create a custom one.

They can also create Home Screen pages that only feature the apps and widgets they want.

When a Focus is used on one Apple device, it will automatically apply to a user’s other Apple devices.

The notifications have also be redesigned. The changes include contact photos for people and larger app icons. There is also a new notification summary feature that rounds up non-critical notifications that are let released at a more ideal time. 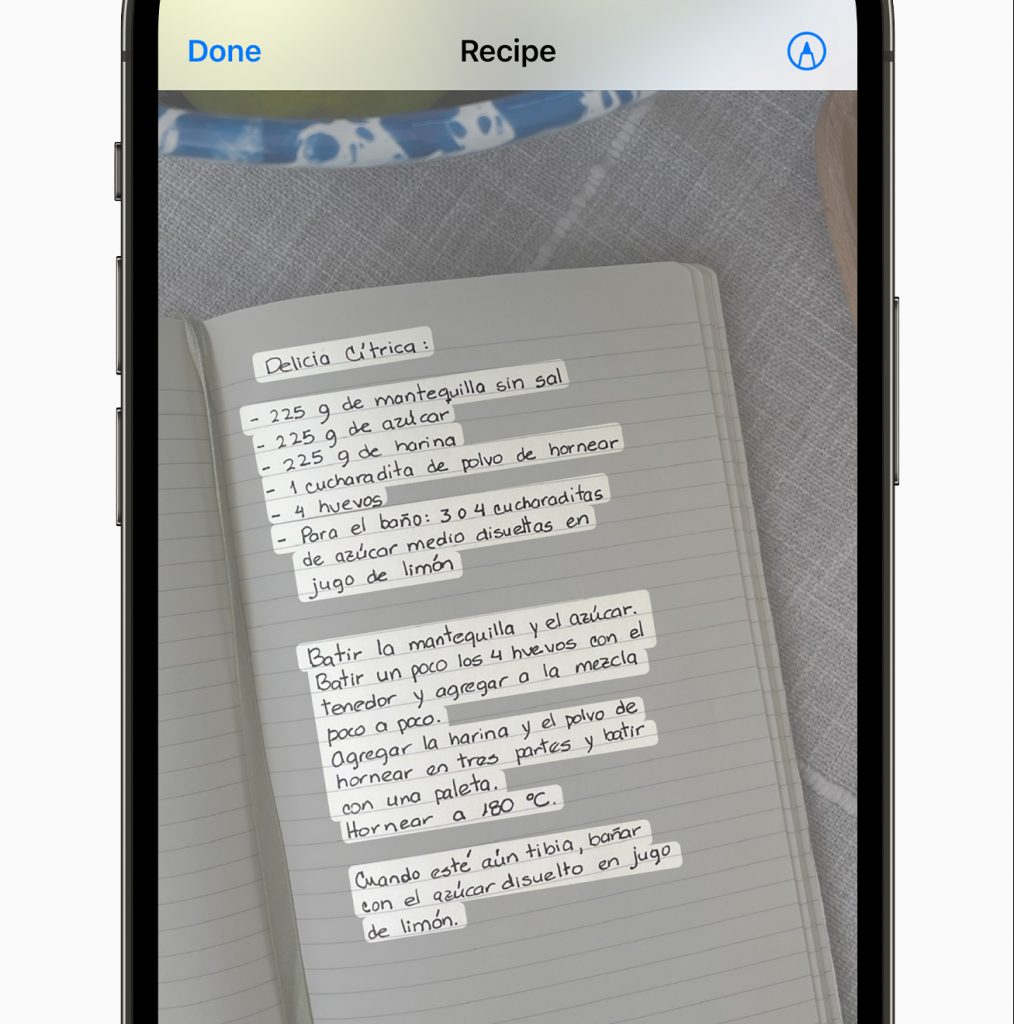 Apple has also  introduced a new feature called Live Text that lets users scan text in a photo. The feature uses the Apple Neural Engine and the camera app to recognise text and instantly copy it.

In addition, users can look up things and text recognised in photos using Visual Look Up and Spotlight.

Photos has also received an update with a new interactive interface in iOS 15. It has also integrated with Apple Music which suggests songs to personalise each image.

This year, Ultra Wideband Technology will expand the support so users can unlock their car without having to move their iPhone from their pocket or bag.

Later this year, Apple users in the US will be able to add their driving license or ID to Apple Wallet. This will let them use their phones at airport security checkpoints while travelling. 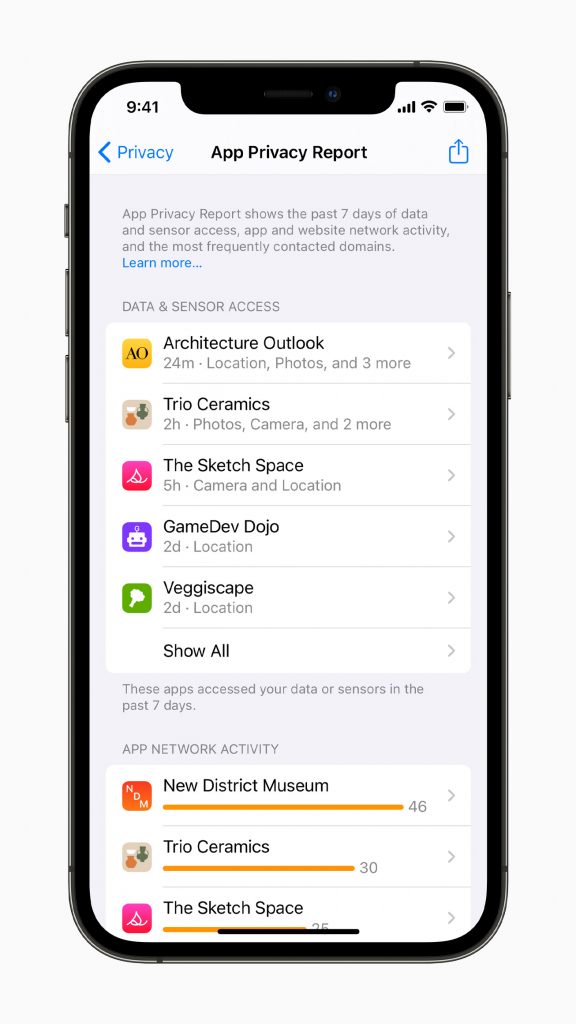 Meanwhile, Privacy Protection lets users hide their IP addresses so email sender cannot learn their location. Users can also stop senders from learning whether an email has been opened.

In addition, App Privacy Report will provide an overview of what phone features each app has permission to access.

Both Safari and Apple Maps have received minor updates. Safari features a redesigned tab bar and users can save tabs in groups and access them when needed.

For Apple Maps, Apple has enhanced the app’s visual so users can explore and navigate areas in greater detail. Users can scan a building or location using the camera and Maps will generate an accurate position to provide further travel directions.

When will iOS 15 and the new features become available?

Apple will roll out a public beta of iOS 15 to Apple users next month. The new software features and updates will become available during the next few months for the iPhone 6 and later devices.

It’s not clear if certain features, such as storing your ID in Apple Wallet, will be available to users in South Africa. 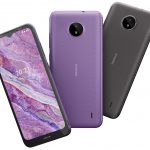