By Marcus Gopolang Moloko
Read nextSmart tech to expect in 2023 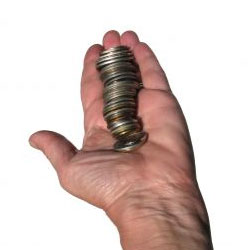 It’s 2022, headed for 2023, Bolt, Uber, Taxify, and other taxi fairing options have innovatively mushroomed into the public transport industry to cater for convenience and an alternative mode of public transport.

These new additions to the transport industry although loathed by the traditional minibus taxi industry have answered one crucial prerequisite to any commuter – convenience.

Card payments, relative comfort and peace of mind are some of the benefits of opting for a higher transport fee as opposed to a low minibus taxi fee.

The minibus taxi industry has struggled to grow past traditional forms of business, which include accepting majority cash payments for fares.

With a tricky accounting system where commuters sitting in the front seat of a minibus taxi are expected to calculate the total cost of all commuters, the responsibility of the minibus taxi driver is not only to drive the taxi but to canvas for potential commuters while en route to the destinations of other commuters inside the taxi.

A minibus taxi driver has to balance accepting cash payments, tallying all cash payments per minibus taxi route, market for new commuters, drive the taxi, manage the pressure of a set target for the taxi owner’s takings, including finding alternative taxi routes to avoid traffic delays.

The system as traditional is barely efficient and outdated.

With apps such as Waze, including Google maps life could be a lot simpler for the driven minibus taxi driver.

To be fair, the SA taxi industry has seen minute levels of growth.

Back in 2016, then Minister of Transport Dipuo Peter’s welcomed the South African National Taxi Council’s introduction of the cashless smart card payment system in minibus taxis.

The usage of the system meant the taxi industry would be enhanced with a cashless smart card payment system in minibus taxis.

This was meant to shift from a cash to a cashless system for collecting fares while in transit.

While the system has been adopted, it remains impractical.

Why not just add card machines?

They’re all under R 1 000 and don’t need tedious application processes.

This card machine can be linked to a taxi driver or owner’s bank account.

Ikhokha will take a small transaction fee but these days a card machine costs less than R 500.

Taxi drivers can use the device with their cell phones for card payments.

Another alternative for card payments is a Yoco Go card device which is easily linked to a user’s phone.

Transaction fees are charged but the device accepts quick card payments while on the go.

Another option is the WAP point pocket POS device which also accepts card payments.  This one can be rented

Accept credit cards and other instant card payments on the go all under R300.  This device is easy to get for most users and small businesses.

There is a set-up process which includes a verification process but the entire set should take less than a few days.

We’ve added a fourth option to indicate just how simple a transition into the future can be.

Forget the tedious process of asking commuters to load cards with cash to catch a taxi.

Simply register for a device and start making the lives of all commuters a lot easier. 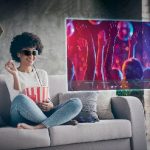