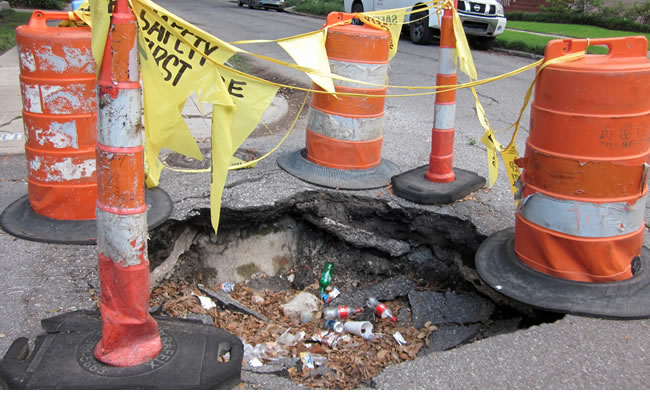 Pothole reporting apps are nothing new, but Street Bump is different.

Over in Boston USA, theyâ€™ve figured out a way to report potholes in their city without all the tedious manual labour of, you know, typing and stuff. Through a collaboration by the city of Boston, The New Urban Mechanics and crowdsourcing platform Innocentive, Street Bump uses a smart phoneâ€™s accelerometer and GPS to automatically detect and report potholes to the city.

The app came to be when the city of Boston collaborated with Innocentive to crowdsource solutions for enhancements to its existing app. With a $25,000 prize incentive, the city of Boston challenged participants to analyze user-reported app data and create algorithms to determine the location and severity of potholes in the city.

The app is still in alpha and Android only for now, but hereâ€™s how it will work. A good Samaritan using the app would open it before driving. If the driver hits a pothole, the phoneâ€™s accelerometer and GPS will detect the hit and automatically send the data back to the mothership with the potholeâ€™s location. When enough people hit a pothole in the location, the Street Bump system flags it for attention.

In its early development phase, Street Bump is being tested by municipal workers and needs quite a bit of work before itâ€™s ready for public use. The app faces a few problems. For one, accelerometer accuracy differs by phone manufacturer — HTC and Samsung got the best results so far. Another problem is that the app is a battery drain, so the user would have to remember to switch it on and off. A car charger would be a good thing have around if you want to help out your city. The biggest problem that I see here is that you actually have to drive into the pothole for it to work. Iâ€™m trained to avoid them at all cost. Itâ€™s great if the app is always on, out of sight, out of mind, but if I have to be constantly cognisant of it to save my battery, well, itâ€™s a nuisance.

The city of Boston is trying to figure out how to incentivise users to use the app, but I think an easy solution would be to have a one tap button that sends out the location of the pothole without needing to drive into it. It wonâ€™t be as accurate, but it would be close enough, cooler than having to type a message to your cityâ€™s municipality and certainly easier on your tyres/spine. Alternatively, how about building this into cars?

People are excited about Street Bump though. “Weâ€™ve gotten hundreds of requests from other cities wanting to partner with us on Street Bump. The goal was always to make this a platform for collaboration across cities,” says Nigel Jacob, a spokesman for the city of Boston. Jacob imagines a future version of Street Bump tailored to wheelchair users that could record the quality of wheelchair ramps so that city workers know which ones need repair. The app could guide a person from point A to B using the least jarring wheelchair ramps. 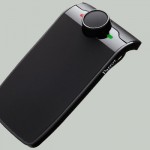