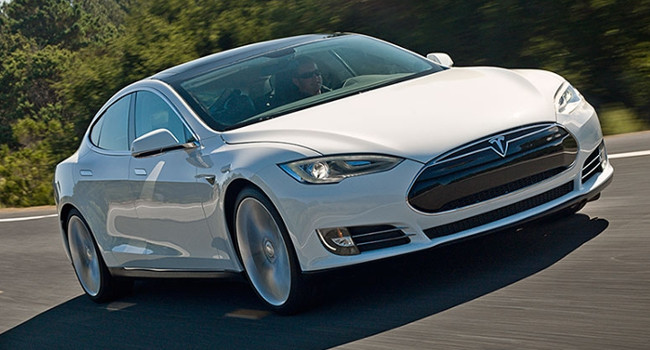 The idea of refueling or recharging your car in just 90 seconds is pretty sweet for geeks, gadgeteers and petrolheads but more importantly, it simply beats the traditional. “There are some people, they take a lot of convincing. Hopefully this is what convinces people finally that electric cars are the future,” says company founder Elon Musk.

Swapping will take 90secs. You'll never get out of your car. Return the pack on your journey back or keep it & we'll bill you the difference

Tesla’s service stations go head on with “the fastest gas pump in LA.” The video is filled with exuberant gasps, pumping beats and over-curious camera flashes while the Model S gets in on the action. At the back of the stage there’s a video showing a traditional car (spoiler alert: it fails) getting a refill while the battery swap goes on live.

The owner of the electric Model S parks his car on a platform that is then lifted and grabs the depleted battery. The platform then descends and reappears shoving in the new battery in the car’s base.

Take a look at the official video:

The whole time the owner simply relaxes in the driver’s seat with the comforting notion of machines working under his feet. Apparently drivers can then either pay for the battery at the service station or get billed by Tesla later. According to Musk, the service will cost around the same as an average tank of fuel. If not swapped out for a fresh battery pack, you have the option of a recharge which takes about 30 minutes.

Musk says that Tesla incorporated the design from the start:

We’re not sure how many cars a single station is planning on holding yet but one will cost around half a million dollars. They’ll only start rolling out in California of course. 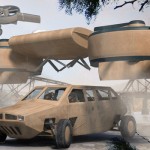