By Jacques Coetzee: Staff Reporter
Read nextSo… South Korea just made an electric car that folds in half 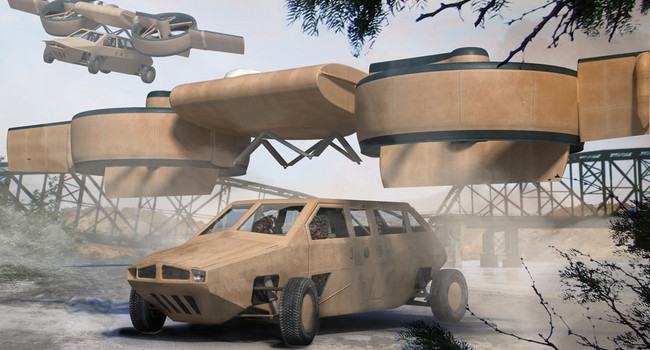 We love flying cars. And although this concept might not improve your daily commute per se, it just might make our dreams (or nightmares) of automated flying robots a reality. Lockheed Martin’s Skunkworks — an American military defense and security company — is building a drone that will be used to carry and transport cars. This automated flying machine, called the Transformer TX, is in its finalized design process in one of DARPA’s programmes.

In attempts to bring Terminator scenes closer to reality, the DARPA Transformer programme is looking for a new generation of compact, high-speed vertical takeoff and landing, or VTOL, delivery systems.

Not only would cars be innovatively hijacked by this massive drone, storage containers or pods full of soldiers are also up for grabs. If all goes according to plan, the Transformer will have a range of 250 miles and a top speed of 200 knots even with cargo. Started in 2010, the design process has of course evolved over time and now equips the Transformer TX with a pair of swiveling ducted fans and has an autonomous robotic delivery system reports IEEE Spectrum.

Except for the Terminator fans, why would the military want these Transformers? For one, it’s unmanned. So no pilot would get killed if shot down. Secondly, it has a smaller footprint than a helicopter would. Half the size actually. This means that landing and taking off in rough terrains are less restricted.

â€œTransporting and resupplying troops in rugged, austere terrain has become a major challenge, especially as the US military shifts to using smaller and more distributed combat units,” says Kevin Renshaw who is Lockheed Martin Skunk Works lead on Transformer.

Although these images might remind one of in-game shots of Gears of War, it might be closer to reality than we think. If DARPA (Defense Advanced Research Projects Agency) gives the design the green light, which is very likely to do, these massive drones could take flight sometime in 2015.

Images via Code One Magazine 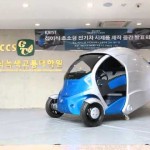