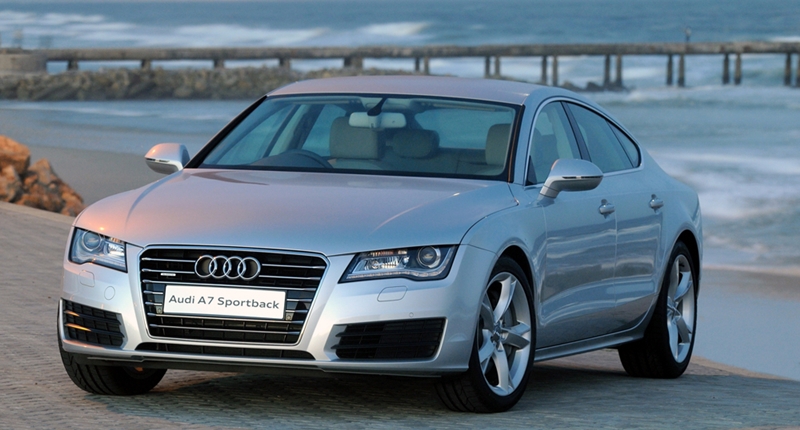 The Audi A7 Sportback isnâ€™t exactly new. In fact, it first went on sale globally in 2010. But now Audi has added a beefier turbo-diesel to the line-up, complementing a 3.0-litre petrol version, two less powerful diesels and, of course, the range-topping, fire-breathing 4.0-litre V8 S7.

And, as it turns out, this new bi-turbo powerplant — still in the familiar 3.0-litre V6 guise — is a bit of a technological wonder in itself. As the name suggests, it makes use of a pair of turbochargers to deliver oodles of oomph to all four wheels pretty much throughout the rev-range. A tiny turbocharger takes care of proceedings from idle to somewhere around 2500rpm, before a second, far larger turbo chimes in all the way through to the 5200rpm redline.

The result is a rare thing indeed: a forced induction diesel engine that presents virtually no turbo-lag while boasting power delivery as smooth as an airbrushed bikini modelâ€™s too-perfect thigh. Itâ€™s just as impressive on paper, with a peak power output of 230kW between 3900rpm and 4500rpm, and a gargantuan 650Nm from as low as 1450rpm through to 2800rpm. Is it really a diesel?

Off paper and on tarmac, the mill doing duty in the Audi A7 3.0 TDI BiT quattro is an absolute joy to use. In fact, it behaves more like a larger, naturally aspirated petrol engine than a relatively compact turbo-diesel. It sees the A7 hit 100km/h from standstill in a mere 5.3 seconds â€“ which, rather remarkably, is just 0.6 seconds shy of the S7â€™s sprint time. But, crucially, it retains the economical advantages of a â€˜charged oil-burner: fuel consumption is rated at just 6.3 litres per 100km on the combined cycle, although my real-world figure (bloated by some, ahem, â€œenthusiasticâ€ driving) was pegged at 8.9. Still, thatâ€™s an impressive return for what is essentially a full-fat performance barge.

The standard eight-speed automatic transmission skips up smoothly through the gears, until you switch the drive select system to â€œDynamicâ€. In this mode, the â€˜box holds each cog until redline, which means you struggle to find a road long enough to see eighth.

And, thanks to a ballsy sound actuator slapped onto the exhaust system (which is sort of cheatingâ€¦ but thatâ€™s a discussion for another time), planting your right foot sounds bloody fantastic â€“ yes, you read that correctly. At low revs and when trundling through town or along the freeway, the diesel engine is exceptionally quiet and refined. But under hard acceleration it simply comes alive, emitting a roar not unlike a big petrol V8. In short, it sounds and behaves astonishingly unlike a diesel.

What about in-car gadgets?

Undeniably, the most outstanding feature of this vehicle is this new monster of an engine. But since weâ€™re devotees of all things tech here at Motorburn, we canâ€™t resist dedicating some space to the A7â€™s list of in-car gadgetry, too. And what a list it isâ€¦ Of course, the A7 3.0 TDI BiT quattro uses Audiâ€™s drive select system as mentioned above, which includes Auto, Comfort, Dynamic, Efficiency and Individual modes, each of which features unique settings in terms of engine, gearbox, sound, suspension and steering calibration. It also boasts the bells and whistles one would expect to find on a posh-mobile doing battle in the C-segment of the premium market: thereâ€™s the nifty music interface, Bluetooth, four-zone climate control, cruise control, keyless entry, electrically adjustable front seats and steering column, and park distance control with a rear-view camera.

Also standard on this model is a pop-up colour display that neatly slides out of the dashboard when the ignition is switched on. A full navigation system as well as a power-closing tailgate (providing access to the 535-litre luggage compartment) are also part of the package. Oh, and the multimedia interface flaunts a touch-sensitive pad that can recognise letters and numbers that you â€œwriteâ€ with your fingertip.

There are also a number of small features that show just how advanced the A7 has become: enter the cabin and an individual interior lamp will be triggered, pointing towards the door that was used. Thereâ€™s also active aero, with a spoiler automatically popping up at speeds over 130km/h. But, predictably, itâ€™s the options list where things become particularly interesting.

Should you have the cash, you could spec the R80k Bang & Olufsen Advanced Sound system as well as TV reception to cover your in-car entertainment needs. Auto-dimming side mirrors and servo-closing doors (which shut themselves should you not close them properly) will please those averse to expending needless energy, while safety sensors monitor driving manoeuvres to detect hazard situations, taking pre-emptive action such as tightening safety belts, closing windows and the sunroof, or even bringing the vehicle to a standstill without any input from the driver. Other optional safety features include adaptive cruise control, lane change assist, a head-up display and even night-vision. Yes, night-vision.

But one of our favourite elective features on the A7 is the massaging function of the heated and ventilated front leather seats. There are five settings â€“ wave, pulse, stretch, lumbar and shoulder â€“ each of which can be varied in intensity from one to five. Unlike other in-car mechanical masseurs weâ€™ve had the pleasure of experiencing, this system feels eerily close to The Real Thing. It certainly makes a difference to time spent on the long road or in sigh-inducing traffic. Overall, the Audi A7 3.0 TDI BiT quattro is an extraordinary machine. Itâ€™s one of the German car-makerâ€™s better-looking vehicles thanks to its swoopy fastback shape and lowered suspension. Itâ€™s quick in anyoneâ€™s books — not just “for a diesel” — and itâ€™s mighty efficient, too. Thereâ€™s enough space for five and plenty of luggage room, too. And, of course, itâ€™s crammed full of tech.

Thing is, without ticking a single box on that enticing optional extras list, the price-tag is high enough to make even the most fervent Audi lover’s eyes water.

Then again, one canâ€™t expect this sort of technology — both under the bonnet and in the plush cabin — to come cheap. And, after all, the A7 manages to undercut both of its chief competitors: the BMW 6 Series Gran Coupe and Mercedes-Benz CLS.

Verdict: Thereâ€™s very little wrong with the Audi A7 Sportback 3.0 TDI BiT quattro. In fact, it feels really rather special. It features the pick of the engines in the range â€“ bar perhaps the S7â€™s beastly 4.0-litre V8 â€“ and combines addictive, refined power with admirable frugality. Itâ€™s equally at home on twisty mountain passes, highways or busy urban streets, and boasts enough gizmos to keep technophiles more than just content. Flush with cash and considering something from this niche section of the premium market? The A7 certainly wonâ€™t disappoint. 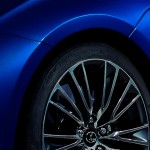