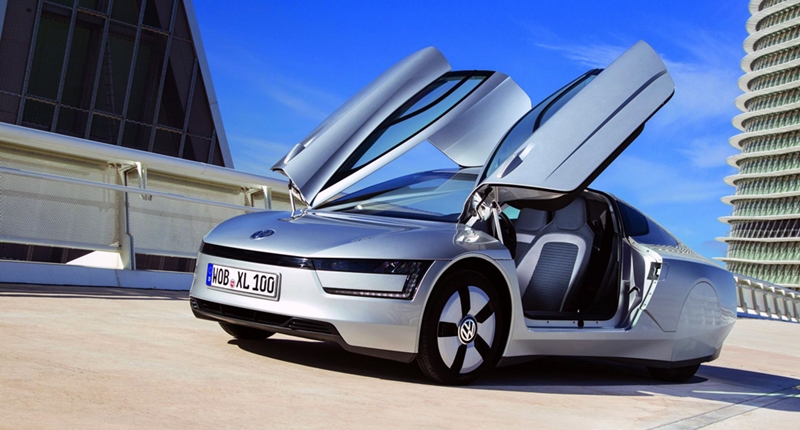 2013 saw some incredible cars launched. The McLaren P1 has Matrix levels of race technology and the Mercedes-Benz S-Class is possibly the safest way to travel on Earth. 2014 sees a number of incredibly geeky cars being released and for a range of reasons.

Some are high-tech race cars for the road and others take a traditional recipe and add some effects. Either way, theyâ€™re all bound to get your geek-brain excited.

As with the list of geeky cars from 2013, the same rules apply here. Customer cars should be expected to be delivered in 2014. Any concepts or pre-production models canâ€™t make the list.

If weâ€™ve predicted things correctly, youâ€™ll be able to put one of each of these vehicles in your driveway at some point in 2014.

The 918 Sypder is a full plug-in hybrid – that is it has a 4,6l V8 engine producing 447kW and 530 Nm. These are impressive figures on their own but the Porsche engineers have added two electric motors to the mix; a 115kW electric motor coupled directly to the petrol engine and a 95kW engine attached to the front wheels giving the 918 Spyder a total power output of 652kW and all-wheel drive. To put that simply, thatâ€™s less than 100kw down on the legendary Bugatti Veyron and the Porsche 918 Spyder is much lighter. The 918 Spyder would not be geek-worthy if it just had a massively powerful power train and it doesnâ€™t. On electric power alone, the 918 Spyder can reach 150km/h and has a range of 30km. Once that range is exceeded, you can either turn on the petrol engine or, and this is a first for a super car, plug your car into the electrical mains to charge it up.

The rest of the 918 Spyder is everything youâ€™d expect of a Porsche super sports car, with carbon ceramic brakes, one of the most gorgeous interiors of any exotic and a range of safety and performance gadgets to ensure the most ham-fisted driver can show off to his friends.

The most exciting part of the Porsche 918 Spyder is that unlike Ferrari and McLaren, Porsche make a number of more sedate models such as the Panamera, Boxster and the soon to be released Macan. In the coming years, the technology from the 918 Spyder should trickily down into these lesser models, making the technology far more accessible. The big brother to the i3 I nominated for geeky cars of 2013, the BMW i8 is a hybrid sports car, which, as a friend put it the other day is â€˜the Prius your mother warned you about.â€™

The i8 is powered by a 1,5l turbocharged engine producing 173kW on the rear-wheels. Not exactly earth shattering, especially for a BMW sports car. However, the i8 also has a 131kW electric motor driving the front-wheels. Thanks to a carbon fibre body, the i8 will accelerate from 0-100km/h in 4.4 seconds and on to a limited top speed of 250km/h. Thatâ€™s Porsche 911 territory.

What makes the i8 so exciting is that itâ€™s the first hybrid sports car thatâ€™s being built by a large manufacturer and that means there is hope that the technology and the performance will trickle down into the 1, 3 and 5 Series models in the next few years. Let me be straight. This car looks like something that would have existed on Coruscant. It has wheels and doors and windscreen like a normal car and thatâ€™s pretty much where the similarities end. Everything else looks very Star Wars.

Now I realise Ryan had this car in his list of 2013’s most innovative cars, but my list and my rules mean that customer cars must be delivered in 2014. Yes, you read that right – a customer car. You could, if you lived in Europe and had $150 000 to spend, have one of the 250 XL1s that VW are building.

Why is it so crazy? Well, firstly thereâ€™s the look. It looks like a space car with its swooped bonnet into windscreen and narrow LED headlights are very space age. Its power plant, while not totally space age, is rather interesting. The XL1 is powered by an 800cc turbo diesel engine which Jalopnik describes as sounding “like a FedEx truck” mated to an electric motor to give the XL1 a fuel economy rating of just 0.9l/100km.

That really is the point of the XL1 — a showcase in how efficient a car can be with the right design and technology. That space age front gives the XL1 a drag co-efficient (Cd) of just is 0.159, or similar to that of a sailfish — the fastest fish in the ocean. A typical car has a drag co-efficient of 0.40. The all carbon fibre skin and magnesium alloy frame, along with that tiny engine give the XL1 a kerb weight of just 795kgs, or one suitcase heavier than a Lotus Elise.

All of this efficiency technology gives the XL1 its amazing economy rating of just 0.9l/100km and an all-electric range of 50km. As with the Porsche 918 Spyder and BMW i8, this production space car technology should start to filter into the Golf, Polo and Passat models – the bread and butter of Volkswagen in the near future. Yes, you read correctly. The Mazda MX5. The car that revived the idea of a small, lightweight roadster is in my list of 5 geeky cars for 2014.

The reasons are simple — The 2014 MX5 is a joint project between Mazda and Alfa Romeo, a project that will also see a new Alfa Spider in 2015. If everyone does their jobs properly, this will be a lightweight, powerful (thanks Mazda), rear-wheel drive sports car that looks gorgeous (thanks Alfa) with a manual gearbox.

Out of the box, it may not be in the same league as the 918 Spyder but the MX5 will likely be unveiled later this year with a 1,6l SkyActiv engine producing 97kW in a car weighing less than 1000kgs. Take that, add in the love tuners have for the MX5 and you have the automotive equivalent of the modified gamers PC. This should be a fantastic little car.

Notable mentions
This list is by no means complete. There are a huge number of cars coming out in 2014 which have a rather geeky, interesting angle to them, but are not quite geeky enough to make the list. The BMW M3/M4 siblings feature a trick-turbo engine with a manual gearbox, the Volkswagen Golf R should be a great evolution on the outgoing Golf R. The new Mini introduces us to the new BMW/MINI small car platform and the Qoros 3 is a Chinese take on luxury German sedan. All of these, while exciting, are not terribly geeky.

A car that Iâ€™d have loved to include on the list, but about which almost nothing is known is the Mercedes-Benz GT. This is the three-pointed stars attempt to take on the Porsche 911 using the front-engine, rear-wheel drive recipe of the SLS. Power, top speed, even what it looks like are all shrouded in mystery. We might see it at the Geneva Motor Show in March or we might not, Mercedes are keeping quiet on this.

2014 will be a great year for technology in cars with all the models mentioned above. Which excited you the most? 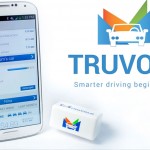