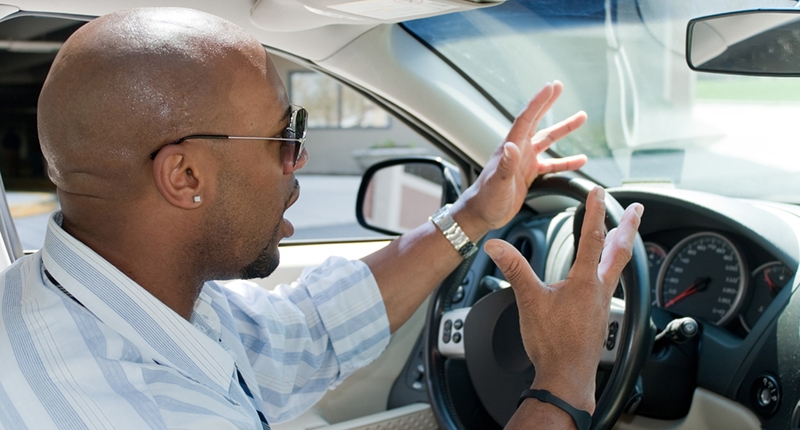 If youâ€™re anything like the typical road-user, youâ€™re well versed in the art of gesture-based communication.

This intricate language of hand motions — sometimes accompanied by a splash of colourful vocals — includes everything from the timeless one-fingered salute and the violently oscillating fist to the more genteel thumbs-up and even the simple â€œthank youâ€ wave.

Yes, the phalange-capped appendage at the end of your arm wields great power from the driverâ€™s seat. But what if that clout extended further than the mere expression of your fondness — or lack thereof — for other motorists? What if a simple mid-air flick of a finger (no, not that one) could have a real effect on your vehicle?

Well, towards the end of 2013, multinational tech giant Google — no stranger to the automotive domain, what with its self-driving cars and in-car software — filed a patent for a system that would allow drivers to control various vehicular functions with hand gestures.

The examples put forward included swiping near a window to open or close it, tapping oneâ€™s ear to control the stereoâ€™s volume, and gesturing in front of the air-vents to manipulate cabin temperature. How would it work? Well, Googleâ€™s patent application hinted at the type of gesture recognition hardware it could use: either a depth-sensing camera (much like Microsoftâ€™s Kinect system) or a 3D laser scanner. Of course, electromyography — which monitors electrical activity produced by skeletal muscles, as illustrated by Thalmic Labsâ€™ gesture and motion control armband — could also be an outside bet.

As with current console-based products, gestures would be interpreted by software using complex mathematical algorithms. And, yes, that would mean the inside of your car could quite feasibly be transformed into something resembling a scene from one of the Iron Man movies (a particular boon if you already happen to refer to your car as â€œJarvisâ€) or Minority Report.

Such a system would in effect replace the usual multitude of buttons cluttering up the dashboard. Gleefully geeky, sure, but itâ€™s not quite the same as controlling the car itself with a series of simple gestures, is it? Not quite enough to make Tony Stark look twiceâ€¦

So, what are the chances of the humble steering wheel being given the chop and motorists being able to, say, turn left by merely pointing in that general direction? Or the brake pedal becoming obsolete thanks to the driverâ€™s ability to slow down or stop using nothing more than a swift â€œtalk-to-the-handâ€ signal?

Virtually zero. Why? Well, there would be obvious dangers â€“ and ironically a lack of fine control or accuracy â€“ linked to this sort of vehicle operation. Think about it: your nose is itchy and you instinctively reach up to vanquish the irritation. Suddenly, the car turns right, accelerates hard and plunges off a cliff. An itchy snout for the remainder of your drive or certain death â€“ not as simple a choice as it at first may seem.

No, when this sort of technology finally does hit production automobiles, it will in all likelihood be limited to a user interface function, allowing the driver and passengers to control in-car entertainment systems and perhaps one or two other ancillaries. In fact, BMW, Audi, Mercedes-Benz and Hyundai have all already demonstrated in-house prototype systems that lean very much towards this way of thinking.

Just as touchscreens have muscled in on automotive cockpits, so too will motion-based interfaces. And provided that these systems are accurate, well thought-out and generally safe, they have the potential to release drivers from the types of distractions â€“ and subsequent â€œeyes-off-the-roadâ€ moments â€“ often associated with button-based controls.

But manufacturers will have to be careful not to be tempted into using too complicated a head-up display or any Hollywood-inspired panel (on to which images would be projected) in conjunction with such systems, as this would serve only to exacerbate the problem of distracted driving. Safety first, as they say.

Of course, gesture control systems could well be fully exploited — and safely so — if and when the autonomous car becomes a production reality. After all, the self-driving automobile is another project to which Google gives a hearty, er, â€œthumbs upâ€. 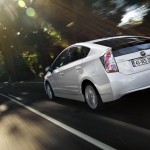