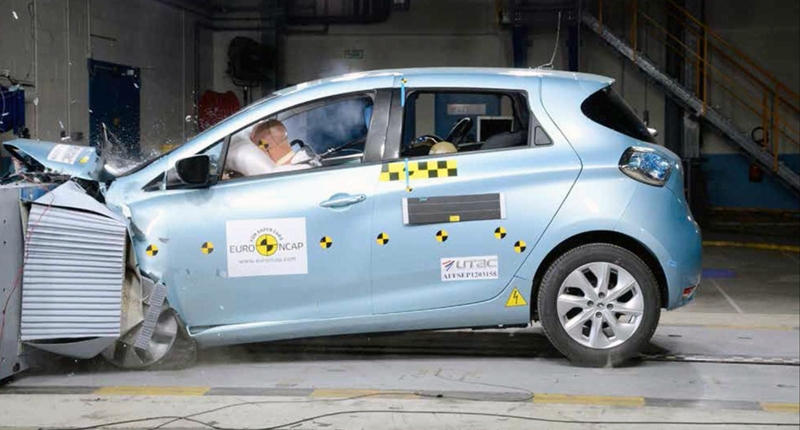 The safety technology in your car is rather like that long-forgotten first aid kit tucked away at the bottom of a musty drawer â€“ about as useful as a wooden frying pan until the unthinkable happens. Until it all goes wrong. Until you crash.

No, weâ€™re not trying to scare you. Nor are we attempting to butter you up for the next health insurance salesman who happens to ring. Weâ€™re just making the point that when youâ€™re out shopping for a new vehicle, you may well gravitate towards the car that sprints fastest to 100km/h. Or the family sedan with the biggest boot. Or, indeed, the drop-top that you reckon is most likely to land you a date with Sally, the cute receptionist on the fifth floor. The furthest thing from your mind? Vehicle-on-vehicle violence.

This makes sense, since very few people shell out for a new set of wheels with the express intention of crashing. â€œJust popping out for a quick head-on collision, dearâ€¦ want anything?â€ said Nobody. Ever.

Of course, these days safety tech includes more than just passive systems such as padded dashboards, seatbelts and airbags. Yes, the safest of modern cars also employ all manner of active systems capable of preventing collisions from happening in the first place. Basically, cars use these safety setups to bring you back from the brink â€“ which is sort of like having a defibrillator in that home medical kit.

So, what if you based your next car purchase solely on safety factors? What if you blew things with Sally (it was never going to last, anyway) and all you cared about was getting home to your thirteen cats in one piece? Youâ€™re in luck! The studious folks running the European New Car Assessment Programme (Euro NCAP) â€“ arguably the worldâ€™s most trusted vehicle safety rating system â€“ recently released their annual latest â€œBest in Classâ€ list, which pinpoints the top achievers of 2013 across six major segments.

Bear in mind that Euro NCAP does not test every variant of every new car to hit the global market â€“ its selection is based on providing the broadest range of information to consumers, with an emphasis on the most popular and (what it deems) the most interesting models. So while this list doesnâ€™t claim to identify the absolute safest cars in the world right now, it does at least provide valuable insight into modern safety standards.

Each vehicleâ€™s overall safety score is made up of ratings in four distinct areas: adult protection, child protection, pedestrian protection and safety assist. Interestingly, only from 2014 will testing of true crash avoidance systems (such as autonomous braking and lane-change warnings) be added to the overall rating.

So, here are 2013â€™s safest vehicles, as tested by Euro NCAP. Fingers crossed that youâ€™re never forced to find out just how safe your car really is. Renaultâ€™s diminutive five-door electric car doesnâ€™t portray itself as particularly safe in the traditional sense â€“ it is, after all, little bigger than a shoebox. But safety-dynamite apparently now comes in small, EV-flavoured packages. The ZOE scores rather highly for adult occupant safety, with testers noting that its passenger compartment remains stable in the rather scary frontal impact assessment. And in the side barrier test, the French supermini scores maximum points. Similarly, the child-sized crash-test dummies are well protected during all tests.

The ZOEâ€™s weakest area â€“ as with the vast majority of cars, it must be said â€“ is pedestrian safety. However, standard features such as electronic stability control, front and rear seatbelt reminders, and a speed assistance system see it perform rather well in the safety assist segment. The what, you ask? Qoros is a joint venture between Chinese automaker Chery and the Israel Corporation, founded as long ago as 2007. And now the Shanghai-based enterprise has finally unleashed its first production vehicle, dubbed the Qoros 3. And what a well put-together small family sedan it appears to be. In fact, overall it was the safest car tested in 2013.

Euro NCAP boffins report that the Qoros 3 excels in driver and passenger tests, with all regions of an individualâ€™s body being well protected during collisions. In child occupant impact tests, the newcomer scores maximum points for its protection of 18-month as well as three-year-old dummies. In terms of pedestrian protection, only the stiff A-pillars — a problem area on virtually all vehicles — perform poorly. The hybrid model in the stunning Lexus IS range is predictably strong in the adult and child occupant protection stakes, performing remarkably well in even the hardcore side-pole and rear-end collision tests. But itâ€™s in the pedestrian segment that it surprises most, thanks mostly to its â€œactiveâ€ bonnet.

The front bumper houses sensors that detect when a pesky pedestrian has been struck, instructing actuators to raise the impact-absorbing bonnet, providing more space between it and the skull-splittingly hard engine components underneath. The result? A vastly reduced risk of serious head injury — regardless of whether the pedestrian is short or tall. However, the IS 300h doesnâ€™t overwhelm in the safety assist segment since it does not feature a standard speed limitation device. The fourth generation of Kiaâ€™s compact MPV fares admirably overall, but doesnâ€™t perform quite as well as expected in the child occupant division â€“ particularly considering that its primary role is to transport young families. The 18-month dummy is afforded first-rate protection in both frontal and side impacts, but the three-year-old is not quite as lucky, with its head not being properly contained within the protective shell of the child restraint in the side collision test.

But the Korean car-maker goes a long way to redeeming itself in the safety assist department, thanks to a seatbelt reminder system that includes even the third row in seven-seater models. The van-based Tourneo Connect shares the Small MPV award with the Kia Carens, but delivers better protection to child-shaped cargo. Adult protection is also commendably high, with not much compromise across occupants of different sizes or sat in different positions.

But if you see an example of Fordâ€™s little MPV coming your way, best you step swiftly back onto the pavement. Although it notches up maximum points for its protection of pedestrians’ legs, Euro NCAP declares that the front edge of the bonnet is rated â€œpoorâ€ in most of the areas tested. In terms of safety assist systems, the Tourneo Connect boasts a driver-set speed-limitation device, but no seatbelt reminders for the rear seats. The new Cherokeeâ€™s front grille may be â€“ how do we put this delicately? â€“ â€œaesthetically impairedâ€, but the chunky Jeep certainly seems to be a safe place to while away your time. Particularly if youâ€™re an adult. Children are also fairly well protected, although the Cherokee loses valuable points since the airbag for the front passenger seat cannot be disabled, making the use of a rear-facing child seat up front rather risky. Euro NCAP gurus also chastised Jeep for the fact that labels warning of such dangers are not permanently attached to the sun-visor.

The front bumper achieves decent marks in the pedestrian tests, but the leading edge of the bonnet shows â€œpoor levels of protection to the pelvis regionâ€. The bonnet surface itself returns mixed results. The Cherokee scores points for the standard fitment of electronic stability control and a seatbelt reminder system, but loses out on better overall marks since its speed assistance system is warning-based only. As illustrated by its 95% rating for adult protection, the Ghibliâ€™s passenger compartment up front is particularly stable during impact â€“ all the more important considering that this rear-wheel drive luxury E-segment contender can be had with a stonking turbocharged V6. However, protection against whiplash by the front seats and head restraints is rated as merely â€œmarginalâ€.

Children are also theoretically well protected, although Euro NCAP says that Maserati drops the ball when it comes to clearly indicating the status of the front passenger airbag (which can be disabled for child-seat use). Also, the risks of using a rear-facing child seat up front without first disabling the airbag are not permanently indicated in the vehicle. Pedestrians, meanwhile, are well covered in all areas except the base of the windscreen, while electronic stability control, seatbelt reminders and a driver-set speed limiter see the Ghibli score well in the safety assist section. 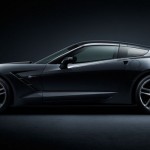