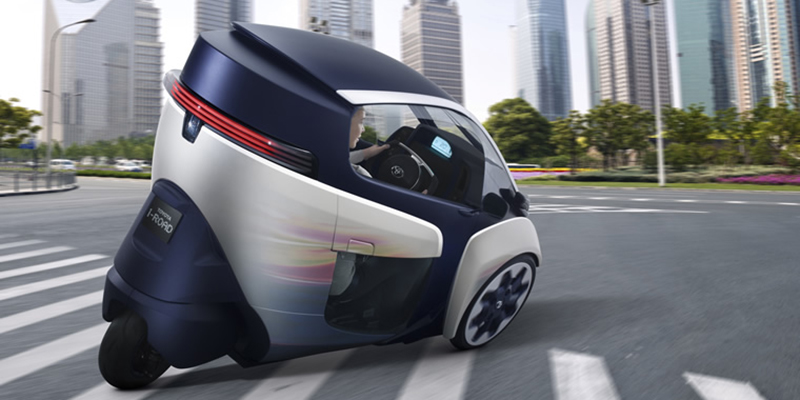 Toyota’s concept for a three-wheel compact electric vehicle (EV) — the i-Road — was shown off at CES 2014, and if it came into production it could well change the face of inner-city driving.

The i-Road is not a brand new concept, as Toyota first showed it off at the Geneva Auto Show in Tokyo last year, but after CES 2014 we now have more information on the tech and setup of the not-quite-a-motorcycle not-yet-a-car concept — here’s all you need to know.

The i-Road has a closed body, and the enclosed compartment has lighting, heating, and an audio system as well as a bluetooth connection for use with phones. Toyota states that the i-Road is so safe that neither the driver nor passenger (who sits behind the driver seat) will need a helmet.

With three wheels though, the i-Road has drawn more comparisons to a motorcycle, which is not entirely off the mark. The main selling point for Toyota is its ‘Active Lean’ technology, something that it describes as automatic leaning during cornering while the front wheels compensate for changes in the terrain as well as for turns.

The most motorcycle-esque aspect of the i-Road has to be its measurements though. It’s slender machine at only 850mm wide — which means it controls like a motorcycle and four can sit alongside one another in a conventional parking space. The ‘ultra-compact’ car measures at 2350mm long and 1445 high (to accommodate taller drivers), with a wheelbase of 1700mm.

The i-Road is an all-electric, zero-emission, almost silent compact car. Its range is 50km on a full charge, depending on the speed you drive it and the type of terrain you take it on. It can be charged with a traditional household outlet, and takes about three hours to fully charge. It runs on a lithium-ion battery to power 2kW motors which are mounted within the front wheels. While the power comes from the front, the back wheel pivots to help out with sharp turns.

All in all the i-Road is a great eco-car, and with its specs and measurements it would be a killer for inner-city driving, providing the flexibility of a motorcycle with the safety of a car. Unfortunately it is still just a concept though, but SlashGear reports that there are car-sharing schemes set to take place in France and Japan. There are currently no private sales planned though, and Toyota hasn’t announced a potential price either. 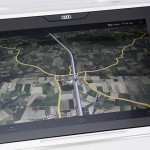 What does Audi’s new Smart Display tell us about the future of motoring?
Audi • 21 January 2014
Read More
More