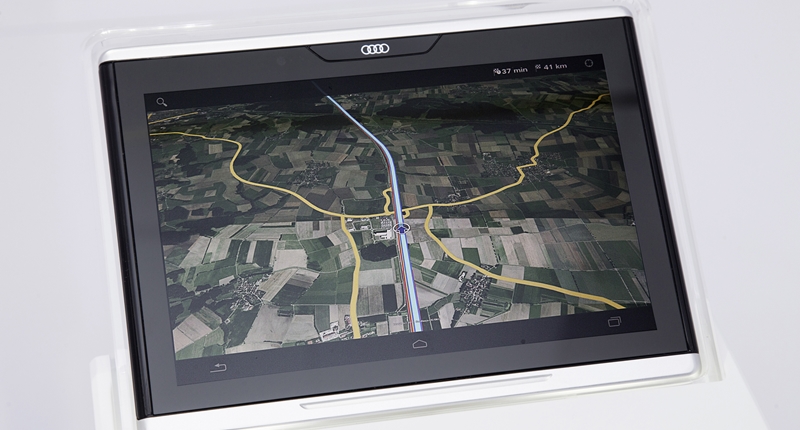 The English-speaking world is quite good at coming up with new words…, well, kinda like all other languages actually, so that’s not surprising. But if you where to ask the average Jo what the noun â€œinfotainmentâ€ means, he’d probably not know.

From a simple Google search: Inâ€¢foâ€¢tainâ€¢ment (ËŒÉªn foÊŠËˆteÉªn mÉ™nt) — broadcasting or publishing that strives to treat factual matter in an entertaining way, often by dramatically re-enacting or fictionalizing real events. This sounds clear enough, and in 2013, one group bombarded us with this word more than any other — the big automakers.

If you followed last year’s trends, information meets entertainment was all the talk at the big car shows. Ford rolled out its new cars with their flagship Ford SYNC technology, which [among other things] allows for hands-free phone calls and connecting your iPod to your car. Sounds spectacular, yes? Not really. There was nothing new here, and Ford car buyers who went in and got a new Focus (the company’s international best-selling car) have had mixed reviews as revealed by some publications.

However, a great move by the Ford Motor Company was to buy the startup developers of its SYNC system, Livio. An in-house team should pay off significantly as more features are introduced to upcoming models. So far this sounds like a story from a consumer electronics show, rather than a motor show.

Enter Audi’s Smart Display. While the Volkswagen-owned, German car maker revealed the 2015 Audi A8 and S8 at the North American International Auto Show, in Detroit, another team has revealed a branded tablet at CES, in Las Vegas.

The 25cm HD display prototype device uses LTE technology, which the big telecomm providers accelerated roll-out in emerging markets in 2013. The Audi Connect System allows you to download apps from Google Android’s Play store, use it for voice and video calls, and basically control the entire infotainment of your car.

Without sounding promotional, this can be heralded as the best infotainment offer for car buyers. It extends far beyond what Ford SYNC offered us last year, and makes and further reiterates Audi’s famed tagline, Vorsprung durch Technik. According to a spokesman the tablet, â€œmeans that for the first time the innovative technology that is synonymous with the Vorsprung durch Technik brand can now touch many other areas of life.â€

The viability of this is still uncertain, of course, and as such, the company said the tech will remain at Beta. This is understandable, muscling one’s way into the turf of the Apple and Samsung behemoth is tough, even if the Audi Smart Display would be a dedicated product. The only hinderance to either the world’s Big 2 mobile device makers from offering infotainment capabilities on their products lies solely with the car makers not making their vehicles technologically advance for this.

There’s no doubt infotainment in this sense will open up a whole new and very big industry, the problem is that it’s very fragmented. Ford SYNC is powered by Microsoft, while Audi’s connect

Tyler Spears is a Marketer at AutoAgent, a communications firm based in 60 Sir Lowry Rd, Cape Town. A UCT alumnus who's lived and worked in Johannesburg, and currently working with the digital strategy of various companies in the automotive industry. The old saying, â€œChange is the only constantâ€, has been his mantra for the past few years owing to his involvement in the digital landscape. 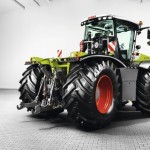