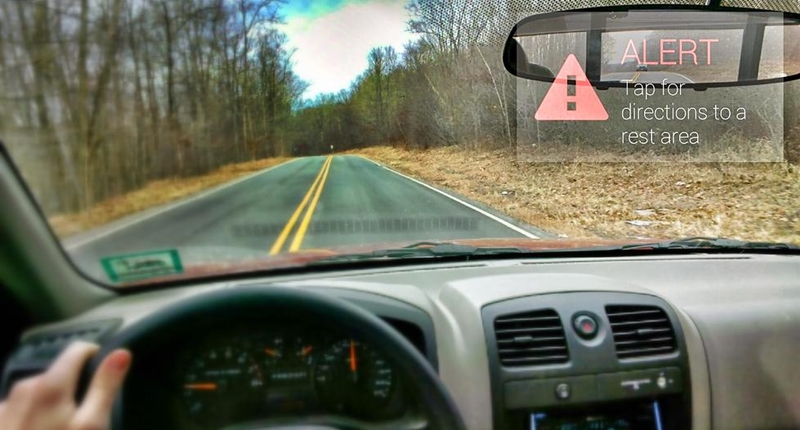 It’s pretty easy to understand the appeal of a head-up display in your car. From a safety point of view, it means you can get vital information about the way you’re driving without taking your eyes off the road.

And once you’ve given that explanation to the rational part of your brain, you can start coming to terms with the real reason you want it: it makes you feel like a fighter pilot. The rusting Peugeot that refuses to move onto the shoulder and let you overtake it is suddenly a bandit clearly in your sights.

Heck, no one would blame you for making exploding missile noises as you shot past it, scenes from Top Gun running through your head as you finally get to take the gap and shoot past the pensioner-piloted Pug.

The thing is, most of us can’t just afford to go out and buy the kind of car that comes standard with an HUD. Heck if you’re anything like me, you can barely afford the salticrax that sustain you for the last quarter of the month leading up to pay-day.

Thankfully there are other options out there for those of us not blessed with the kind of salary that comes standard with green fees at the country club and a douchebag haircut. To be fair, Google Glass is pretty much an HUD for real life, but there are apps that are trying to mirror the experience. DriveSafe4Glass for instance alerts you when you’re starting to nod off at the wheel and directs you to the nearest rest stop. SpeedHud meanwhile shows you the speed youâ€™re traveling at…and not much else.

In reality though, it’s the manufacturers that are doing best with Glass. Tesla’s Glass app (aptly named GlassTesla), gives you a whole slew of information including how much range youâ€™ve got left before your next charge and what directions you need to take to get to your destination. Oh, it also lets you lock and unlock your car. The downside? You need to be able to afford a Tesla. That said, Hyundai also has a Glass app coming out for some its newer models.

The options are a little limited then, but it’s worth remembering that Glass is only going to become available to the public this year, which means that the number of apps available should expand pretty drastically. It’s also worth bearing in mind that while Glass is expensive, it’s a hell of a lot cheaper than a new car’s ever going to be.

Where there’s a will, there’s a lifehack. There are plenty of DIY HUD options out there, but our favourite (and the most “DIY-ish”) has to be this one we found on Lifehacker.

The results, well, they speak for themselves really: Aftermarket GPS units brought satellite navigation to the masses a few years ago and turned the likes of Garmin and TomTom into household names. Now it looks like they could do the same with the HUD. Okay, the market probably won’t be as big, but Garmin still felt confident enough that there was money in it to launch its own HUD unit last year.

The Garmin HUD projects driving directions onto a thin, transparent film applied to the interior of your car’s windscreen. The device also gives your current speed and speed limit, and estimated time of arrival. The one part we find strange is that it has to be paired via Bluetooth with a smartphone running iOS, Android or Windows Phone 8. That’s not something any of the ordinary GPS units we’ve reviewed have required, so why make it compulsory with the HUD version? In fact, if you’re going to be forced to use your phone, why shell out for a new device at all? Especially when, as the old Apple adage goes, there’s an app for that. One company in particular, called HUDWAY claims to have cracked the secret sauce behind using an app as an HUD.

Apparently all you have to do is download the app, which is free, set your route, place it on your dashboard and head off into the sunset. That said, you might want to get something to hold it in place, unless your dashboard is particularly sticky for some reason.

Oh, you might also want to take a look at the app’s reviews, which aren’t exactly great. 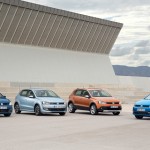