When it comes to life on the road, there are two things every driver hopes they won’t have to deal with every time they turn their keys in the ignition: crashes and crime. Sometimes though, they’re completely unavoidable.

At those times, you hope that whatever’s happened is something that you, and your insurance company, can deal with. There are however instances where the universe decides to completely abandon all logic and create some of the most bizarre and epic car crashes and crimes of all time.

People say that driving while speaking on the phone is dangerous. Try eating an apple. The 55-year old big rig driver was driving along Lancaster Avenue whilst eating an apple, when all of a sudden he started choking on a piece of that life-giving fruit. Whether he meant it or not, the next thing the driver saw was the side of the concrete barrier, jack-knifing his truck into it. This accident, while otherwise may have sealed his fate, actually gave him a new lease on life. The crash made the steering wheel smash into his chest, dislodging the piece of apple from his throat and, essentially, saving his life. Who says two wrongs don’t make a right?

It’s not just a normal one-story roof, although that would have been strange as is. And there’s no ramp assisting it anywhere either. But it was in Germany, and we all know how the Germans like to drive fast. The car was a Skoda Octavia, and the driver was racing towards the town centre of Chemnitz when he somehow lost total and absolute control of his car — and apparently gravity as well — as he propelled his car nearly eight metres in the air to rest comfortably in the roof of a friendly nearby church. I’m sure there are easier ways to reach for the heavens, no? Points for effort, though.

Police officers crash into a car and arrest the owner

Did you know that in New York you get arrested for a police officer crashing into your car. This guy didn’t know either. Surveillance footage – that the cops missed while they were looking for cameras — showed that the Po-po were driving the wrong way down a one-way and had to stop and turn around to avoid an oncoming car. They then bumped into Brooklyn resident, Robert Jackson’s girlfriend’s car in the process.

They blame him, of course, saying he drove into them, even though the car was stationary. They then arrested him for operating a car with a suspended license (which surely would have only been a fine) and for damaging city property. Jackson said he wasn’t even in the driver’s seat and the keys weren’t in the ignition. Jackson is suing the city for damages.

Not only is it a bus that was being driven by a drunkard, but it was full of kids. That’s like a triple-wammy. Drunken driving, plus a bus, plus a bunch of kids. Tia Denton was found with an open bottle of whisky in the bus when they stopped her after she was seen driving recklessly through Franklin Country, Ohio. She also failed a blood test miserably with an alcohol blood content of .216, where the legal limit if .08. She said that she had been drinking the night before, but damn, how much could she have been drinking before to still have that much booze still coring through her? She was sentenced to only five days in jail, and had her license suspended for a year and had two years of probation. And, she obviously lost her job.

Man steals a car to get to court hearing

Michael Heller decided that he needed a lift to the court-house for his hearing and didn’t feel like walking. It was a reasonable walk of five miles, and he couldn’t have been bothered to ask anyone, or take a taxi or anything. Maybe a bus? Anyway. Amongst other crimes, he was being charged for auto theft. And on the way to court he noticed his neighbour’s car sitting unattended and thought that was a sensible way to get to court, in a stolen car. No the smartest fella in the world. And when asked why he did it, he said he needed a lift to court. It doesn’t help that he was stopped by police while going in the opposite direction.

So in a nutshell, a 10-year old Norwegian kid decided to take a trip to grandma’s house one snowy night. He strapped his toddler sister into the passenger seat of the family car, and took off. Oh ya, the family car turned out to be a Lamborghini Aventador, a hand full of a car for any normal person to drive, never mind in the snow, never mind for a child. He only got about 10 kilometres, before he binned it in a ditch.

Shortly afterwards, he was found by a snow plougher and proceeded to tell the driver that he wasn’t a child, but was in fact a dwarf. That’s some quick thinking. And how’s this? Only a week later he did it again! This time a different car, no sister and he managed to get a reasonable 30 kilometres on his way to his aunt’s house before pedestrians grabbed the keys from the car. Ballsy kid, that. 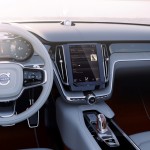