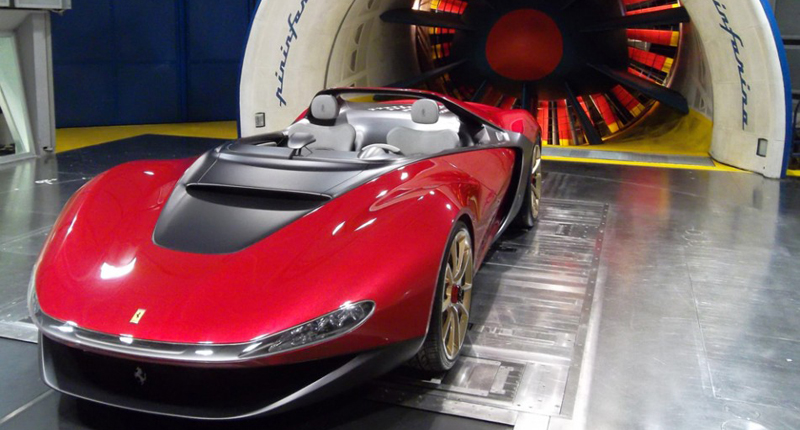 The automotive industry is a fairly boring place of late, at least when it comes to styling. For the most part it’s gone back to the 80’s where every sedan looks like it’s been taken out of a mold, had a bumper changed slightly, a tweak in the headlights and voila, a ‘new’ car is born.

I can think of a number of hatchbacks that look nearly identical, and if you took the branding off, spun someone around in a circle and told them to tell the difference they would have as much trouble as they did trying to find where the donkey’s ass was when they were a kid.

It’s to the likes of the Italian coach-builders that we can thank for the originality and artistry that sometimes leaks through into the automotive world. Back in the day they made custom bodies for those that could afford it, then many moved onto designing cars for big manufacturers.

The problem these days is, whenever you look, there’s less of them around. As more and more manufacturers look to in-house design, these companies find less work. So instead of relying on big brands, the coach-builders are looking back towards the rich guys and offering their custom services. Some have also gone to making limited edition, wacky cars that place a precedence on form above function. Unlike many of the concept cars you see around, Zagato usually pulls through and gives the world the real metal too drive around. One of the most recent and most spectacular is the Aston Martin V12Z Corsa. It is one of the best looking race cars ever made, mixing beautiful, elegant lines with race-bred purpose.

It’s not the first Aston they have done either. The difference, however, between Zagato and many others is that Zagato take a standard production car and make it their own. They don’t necessarily build one from scratch, but make a rendition of it that some would argue is better. It’s like a band doing a cover of a song and actually creating something better than the original. There is no real introduction necessary here. Pininfarina have had such an enormous part to play in the history of Ferrari that you couldn’t imagine the pracing horse without the Pininfarina badge beside it. Unfortunately, now, at least you can. The new Ferrari LaFerrari is the first ever special edition Ferrari to not be designed by Pininfarina, but has been designed in-house.

It was possibly due to them building the P4-5. It was a custom, one-off build for a very rich person. The problem lay in that they built a completely new body on the Enzo skeleton, making it more efficient in the meanwhile. And some would say, prettier. Ferrari had refused to do it, and Pininfarina took the opportunity to show off a bit. This more or less commemorated its return to coachbuilding. Most recently, they showed off a new concept called the Sergio, to honour the recently deceased founder, Sergio Pininfarina. Far older than most car manufacturers, Bertone has a lineage that runs back to 1912. In its heyday it produced stunning cars like the Alfa Romeo Giulietta Sprint Speciale, leading the way in future designs. During the 70s Bertone was particularly prominent, with two cars standing out more than any: the Lamborghini Miura and the Lancia Stratos.

The Miura was the first mid-engined supercar for the road and set the bendmarck for all that have come since, while the Stratos was a knife-sharp rally racer that blistered its competition. In 2009 the bodyworks and manufacturing activity was sold to Fiat Group, the all-consuming auto king of Italy. Never shy to push the limit, Italdesign Giugiaro always have something brash to flaunt. One of its latest, the Parcour, takes the idea of those jumping Frenchman and makes it into a car. Based on the Lamborghini Gallardo, and using its 5.2 litre V10, it uses a two stage pushrod-style suspension that alternates between road and off-road purposes.

Ital Design’s resume includes the sharp Lotus Espirit, that lightweight Ferrari humbling Brit, BMW’s first ‘M’ car, the M1 and the hatchback to start it all, the VW Golf MK1. So it has made some great icons over the years, but also have not held back with their out of the box designs either. The BMW Nazca C2 shows this very well. Sex sells, and if you don’t think the Touring Superleggera Disco Volante is as sexy as they come then you’re sterile. It’s has an Alfa Romero 8C Competizione underlying the body, which has been heavily redesigned. It takes its inspiration from the 1952 Alfa Romero C52. It is clean, smooth and gorgeous. No fat, no flab, no nonsense.

Touring Superleggera began life in 1928 designing Alfa Romero’s and Isotta Fraschini’s and went on to design the first Lamborghini’s and even the stunning Aston Martin DB5. Just those two examples show how this small company has made a major impact on cars as we see them. 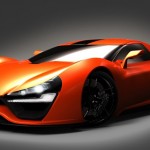