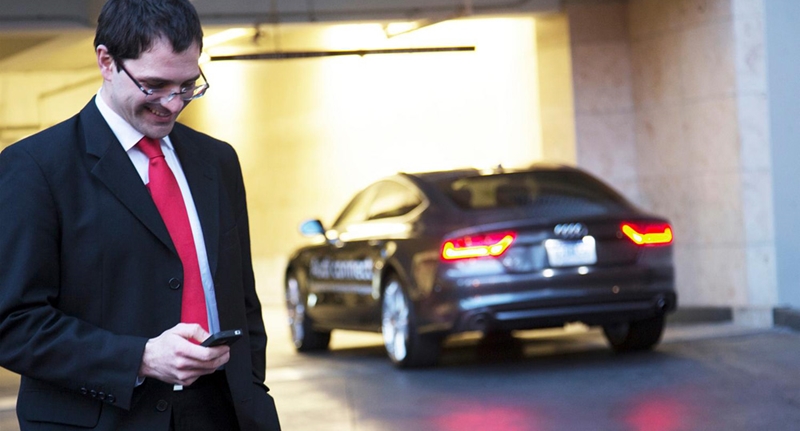 This may sound a little dramatic, but the humble automobile is evolving at a far greater speed than ever before.

Huge handfuls of gadgets are being crammed into increasingly advanced vehicles as consumers demand more and more from their cars. What once was a mere transportation box — designed to do little more than move you from your front gate to the shops â€“ has morphed into something resembling a radical smartphone on wheels.

This, of course, excites us here at Motorburn. Which means it should excite you, too.

So, we looked into the (very near) future to identify eight cool technology trends that could or will soon find their way into production cars.

Who knows? You could experience this type of tech in your next carâ€¦

BMW has already revealed that it will be offering laser headlights as an optional extra on its upcoming i8 â€“ a terribly exciting plug-in hybrid sports car that itself has the potential to change the face of motoring. These nifty laser lights are not only far brighter, but also about 30% more efficient than LED headlights, and the diodes themselves are smaller and lighter in weight, too.

BMW reckons the high-beam range will be in the region of 600 metres, and says the lights have the potential to transform a dark road into something remarkably like daylight. Interestingly, Audi is dabbling in a similar field, showing off its laser light interpretation on a recent concept car. This oneâ€™s been in the pipeline for ages, with a number of tyre companies starting work on the concept of the airless tyre a decade ago. Since it does not rely on compressed air, the airless tyre cannot burst, lose pressure, or go flat. Michelin has already won a handful of awards for its â€œTweelâ€ concept, which â€“ as the name suggests â€“ combines aspects of the tyre and wheel into one. While the few examples of production airless tyres out there are used mostly on small construction equipment and military vehicles, thereâ€™s certainly a concerted effort to bring the technology to passenger vehicles, too. The question, of course, is just how long this will take. Imagine your vehicleâ€™s on-board computer was linked to the cityâ€™s traffic light network. Your car could then recognise automated traffic light change sequences and inform you of the exact speed (within the bounds of the law, of course) youâ€™d need to maintain in order to pass through the light during a green phase. And if youâ€™re already waiting at a red light, the system could count down the time remaining until the next green light, and ensure the stop/start-equipped engine is switched on in time.

Audi says it is simply waiting on government legislation pertaining to Car-to-X communication, since the system is â€œfully functionalâ€ and â€œproduction readyâ€. And the German automaker reckons its system has the potential to reduce CO2 emissions from cars by up to 15 percent.

Itâ€™s been a couple of years since Delphi Automotive showed off its wireless device-charging system, which at the time was still under development. Back then, the company reckoned that the technology would be production-ready by 2014 (although there was, of course, a smattering of asterisks). Well, Delphi, weâ€™re here. And weâ€™re ready. The system transmits power over distance to deliver a charge without precise positioning of the electronic device receiving the charge, which means we could soon say farewell to that nasty tangle of cords. Itâ€™s designed to activate the moment a device is detected (i.e. when you get into your car) and can fully charge the device at a rate comparable to most plug-in chargers. One of the biggest obstacles facing electric car designers is the simple battery. Sets of batteries that can provide an acceptable range tend to be heavy and take up oodles of room â€“ neither of which is desirable when it comes to automotive design. But Volvo may just have the answer: do away with conventional batteries completely. How, you ask? By employing a special type of material that integrates nano-structured batteries and super capacitors with carbon-fibre. And â€“ you guessed it â€“ this material can then be used to fashion the vehicleâ€™s body-panels. Volvo has already built an S80 prototype featuring a couple of the nifty panels. Will we see this type of tech on the electric cars of tomorrow? Hereâ€™s hopingâ€¦ Yes, a number of vehicles on the market today offer â€œparking assistâ€ functions, which take control of the steering to guide the vehicle into a bay. However, the throttle and brake still have to be controlled by the driver. But the likes of Audi, Ford, and Land Rover have all already demonstrated prototype systems that allow the motorist to park from outside the vehicle. In fact, they allow the driver to hop out at the entrance to a parking lot, while the car goes about finding a parking spot and filling it â€“ all on its own, thanks to a network of sensors. The technology is ready to be implementedâ€¦ all thatâ€™s required is the slashing of red tape.

Back in 2011, BMW unveiled a prototype system that used sensors in the steering wheel to measure the driverâ€™s stress levels. An infrared light (directed at the fingers in contact with the wheel) measured the motoristâ€™s heart rate and oxygen saturation via reflected light, and also calculated the electric conductance of the skin at contact. Ford, too, recently hinted that its upcoming vehicles could include similar monitoring systems. Could your next car include an ECG heart rate monitor or glucose level monitor? Itâ€™s entirely possible. This is the big one everybodyâ€™s been waiting for â€“ the type of technology that allows cars to become virtually connected to one another. What are the benefits of a system that surely has to precede the introduction of the autonomous car? Well, the sharing of on-road data could serve to warn drivers of imminent collisions, thereby appreciably reducing the accident-rate. Real-time data exchange could also allow traffic to proceed a little more smoothly than it currently does, while alternative routes suggested by your sat-nav could finally be based on something concrete. And â€“ crucially â€“ US regulators have already given the green light to the use of vehicle-to-vehicle communication technology. 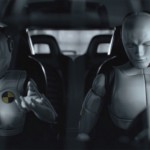