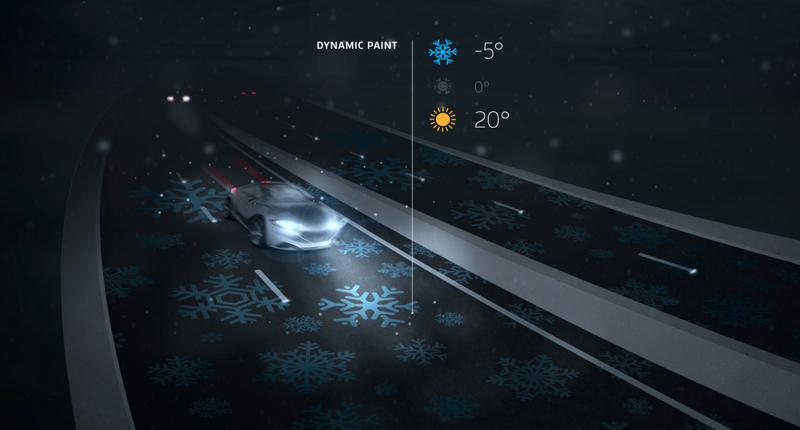 With all the technological advancements being made to cars both on the driver-facing and internal ends, it’s easy forget that the stuff we drive on is still a pretty low tech with the choices pretty much limited to asphalt or concrete.

Except that’s not quite true.

While it can, at times, seem like we’re quite happy to keep laying the same kind of roads we have for years now (with perhaps the odd tweak to the kind of mixture used in laying it down), there are people trying to make sure that the roads of the future don’t get left behind in motoring’s tech arms race.

It makes sense when you think about it too. If you want safety for everyone then it pays to make roads as safe as possible and if you want to up fuel efficiency for everyone, then fuel-efficient roads can play a massive role without everyone having to upgrade their cars.

As is the case with most futuristic technologies, it’s unlikely that all of these technologies will see their way into mainstream production but that doesn’t make them any less interesting. This one comes courtesy of those safety-mad Swedes over at Volvo. Essentially, the company wants to stick magnets under the road surface to make automated driving safer.

This isn’t just blue sky thinking either. Volvo’s already tested the technology by embedding magnets on a 100 metre stretch of road. A pattern of round ferrite magnets (40Ã—15 mm) was located 200 mm below the road surface. The car was equipped with several magnetic field sensors.

The research programme was designed to evaluate crucial issues, such as detection range, reliability, durability, cost and the impact on road maintenance. One of the most appealing things about automated cars, at least as far authorities are concerned, is that you can control how fast people are going as well as the flow of traffic. And that works great over short distances, but over long distances, you’re pretty much always going to be constrained by the limits of the car’s performance.

Since then, our attitudes have become a little more restrained, but the idea of a tube that can shoot us and our cars over 1 000km in under 30 minutes has got to seem pretty appealing to anyone who’s traveled long distance through a boring, featureless landscape, never mind the people who have to build roads through featureless, boring landscapes.

One of the chief frustrations of any car, electric or petrol, is that it’s going to run out of juice at some point. For the past couple of years though, researchers in South Korea have been working on making sure that in the future that won’t happen on the open road.

The researchers, from Koreaâ€™s Advanced Institute of Science and Technology (KAIST) built a 12km stretch of road in the city of Gumi in South Korea with buried electric cables designed to charge the batteries on a passenger bus.

Eventually, it seems, the technology could be applied to any vehicle capable of receiving a charge along the road. Add in some solar power, and you could completely revolutionise the case for the electric car.

Turns out work on solar-powered roads has been underway since at least 2010. Given the vast amount of roadway in a country as big as the US for instance, there are hopes that this kind of technology won’t just power electric vehicles, but will act as a power source for the whole country.

Given the potential costs though, we wouldn’t expect this to take off too soon. What if the road you were traveling on could tell you about the weather conditions, or change its markings according to how much traffic there is? And what if it glowed? Or had lights that only turn on when you drive past?

While each of those entries probably deserves an entry of their own, we’ve lumped them together because they’re all being designed and developed by Dutch company Studio Roosegaarde and Heijmans Infrastructure.

Of all the road technologies we’ve listed here, the ones proposed by the Dutch innovators seem the most viable, not least because they appear the easiest to apply to the roads of today. 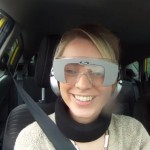