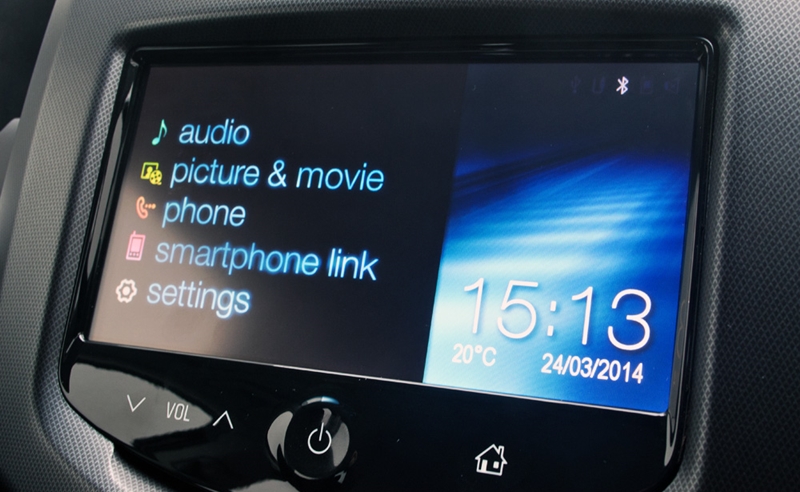 If you’ve got pudgy fingers that tend to leave greasy smudges on glossy displays, best you get into the habit of regular hand-washing. Why? Because touchscreens are becoming increasingly popular in modern vehicles. Well, that and hygiene. Hygieneâ€™s important, too.

Cleanliness considerations aside, even technophobes have to accept that the latest infotainment systems are no longer built around the relic known as the CD loader, but instead centre on that roughly rectangular device seemingly glued to the end of your arm. Thatâ€™s right, the smartphone. And the popular approach in the automotive industry is to fashion an in-dash display that simply mirrors the smartphone to which it is connected.

But the MyLink system from General Motors goes one step further. This nifty nugget of tech â€“ which has been around in certain GM products in selected markets since 2012 — allows applications to live in the vehicle as well as on the phone. In effect, this means that the smartphone is able to kick back and function as nothing more than a link between the car and the cloud, by way of its data plan.

The benefits of such a setup? A theoretical reduction on the reliance of mobiles while behind the wheel, which in turn could cut down on distracted driving. Good.

We spent a week with the MyLink system in the Chevrolet Sonic RS, the first model in GMâ€™s extensive South African range to feature the technology. Itâ€™s telling that MyLink is available in a number of compact cars — which are typically pitched at the younger generation — around the world, with the Chevrolet Spark even boasting the system in markets such as the US.

The seven-inch touchscreen itself is well-placed in the neat dashboard (above the manual air-con controls), high enough to satisfy even tall drivers but not so lofty as to catch any nasty glare from the sun. Along the bottom edge of the screen itself are four capacitive â€œbuttonsâ€: power, home, volume up and volume down. These â€œalways onâ€ controls are frequently used, so itâ€™s a smart idea including them in this form, as this allows drivers to quickly learn their locations â€“ just like any conventional (non-touchscreen) switches â€“ rather than having to wade deep into the interface. At first glance, MyLink may seem like a fairly simple infotainment system â€“ little more than a glorified radio tuner, in fact â€“ but it transforms when paired to a smartphone. Connecting via Bluetooth is a simple affair, and allows audio to be streamed and hands-free calls to be made (a simple task after syncing your contacts) and received. Of course, this isnâ€™t exactly revolutionary stuff.

How you access the really juicy stuff — in the â€œsmartphone linkâ€ menu — depends entirely on the flavour of your mobile device. iPhone users are forced to dig out the cable and connect via the USB port tucked away in the dedicated compartment above the conventional cubbyhole (although running the app directly from the phone and streaming via Bluetooth is possible â€“ although it sort of defeats the purpose), while Android addicts can chuckle and merely rely on Bluetooth. With applications relevant to your market pre-installed on the infotainment system (if new ones become available, a trip to the dealer is likely required), itâ€™s then simply a case of downloading these to your phone. From there, you can access the apps from the vehicleâ€™s touchscreen as long as your smartphone is connected.

So, what sort of apps are available? Well, in South Africa, only two for the time being. The first is Stitcher Smart Radio, an on-demand internet radio service, with an emphasis on news and information podcasts. Thereâ€™s a stack of content â€“ which is global and relatively varied (think news, sports, talk, entertainment, etc.) â€“ but since itâ€™s streamed rather than downloaded (say, via WiFi before heading out to the car) your data plan may take a bit of a beating. But seeing that the application is highly customisable, allowing you to create and save playlists featuring your favourite shows, youâ€™ll at least be blowing your data on stuff that your ears enjoy.

The second app, TuneIn, is pretty similar but focuses a little more on music. It provides access to around 100 000 live radio stations and somewhere in the region of two million podcasts, concerts and shows. Handily, it allows the user to explore various genres of music, so whether youâ€™re into polka, gospel or death metal, thereâ€™s an up-to-date event or station for you. One would hope that more apps are on the horizon for all markets, particularly now that GM has announced plans to introduce the Chevrolet AppShop in the States. In addition to internet radio services, this store will likely offer apps in the fields of weather, hotel bookings, tourism, and person-to-person location sharing. Some markets already feature navigational apps, such as the rather pricey BringGo.

Of course, for those of us who abhor paying for data, thereâ€™s also the conventional option of slotting a music-filled storage device into the USB or auxiliary port. And the MyLink system (which was created with input from both Panasonic and LG Electronics) can even play photo slideshows and movies â€“ with an impressively crisp picture quality â€“ although the system automatically cuts off at around 8km/h for safety reasons. And if youâ€™re running an iPhone and fear missing Siri, donâ€™t. MyLink and the Apple personal assistant get on like a house on fire, allowing you to make hands-free calls to contacts; play songs from your music library; switch sound sources; compose, send and listen to text messages; and even access your calendar and add appointments.

Of course, the system we tested was by no means perfect. It flat-out refused to play virtually all .mp4 files, but had no problems with .avi files. And the use of internet radio apps obviously relies heavily upon rock-steady reception â€“ head too far from civilisation and youâ€™ll be greeted by the worst kind of radio silence. And will the system really help to reduce distracted driving? Itâ€™s unlikely.

But overall, Chevroletâ€™s MyLink system â€“ even with an irksomely limited number of apps â€“ is a massive step up from the type of infotainment offerings weâ€™ve grown accustomed to in compact, relatively affordable vehicles. Add a few more apps and weâ€™re sold.

Now, if we could just sort out our hand-washing habitsâ€¦ 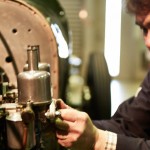