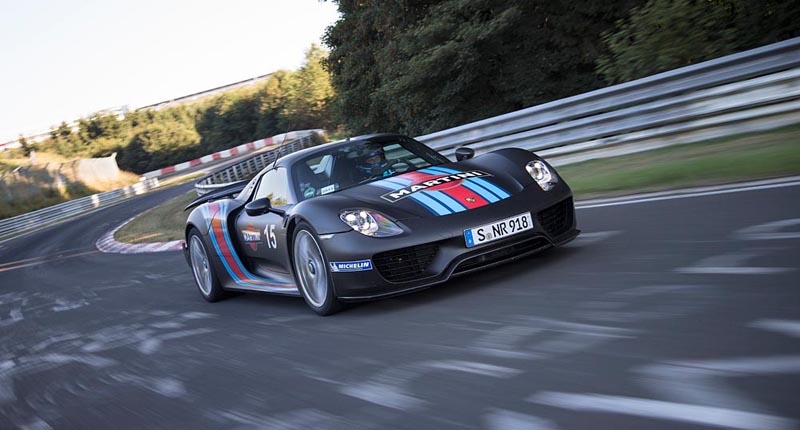 If you hold even a passing interest in speed (the rate at which an object moves, not the amphetamine drug), the NÃ¼rburgring Nordschleife circuit in Germany should need no introduction.

But, just in case, weâ€™ll give you some handy background before we kick off our latest list — only the important bits, mind you. We wouldnâ€™t want to bore you with a sleep-inducing history lesson.

The terrifyingly undulating track is considered one of the most demanding in the world. The Nordschleife (or â€œNorth Loopâ€) — as opposed to the newer, safer circuit updated for Formula One — was built in the 1920s around the medieval castle of NÃ¼rburg, which is nestled in the Eifel mountains.

A complete lap of the Nordschleife measures 20.832km long, and bypasses the modern Formula One track. Interestingly, it is still regarded as a public toll road.

Of course, it is also hugely popular with automakers, particularly ones that specialise in the type of production performance vehicles that can set the coldest of hearts racing. So much so, in fact, that a bit of a speed war has broken out over the past few years.

A blistering NÃ¼rburgring lap time now carries a significant weight â€“ despite the protestations of one James May. And with hypercars becoming more and more, er, â€œhyperâ€, the on-the-limit NÃ¼rburgring battle looks set to rage on for some time still (interestingly, McLaren has yet to confirm the P1â€™s timeâ€¦ and thereâ€™s no official word on LaFerrari, either).

To make the list, the vehicle in question must be a production car and must complete the lap on OEM tyres (which tend to be â€œoptionalâ€ rubber). Without further ado, here are the fastest production cars around the NÃ¼rburgring Nordschleife.

Back in 2010, a 911 GT2 RS was piloted around the circuit by motoring journalist Horst von Saurma. With 456kW and 700Nm, the lightweight twin-turbo sportscar boasted a zero to 100km/h sprint time of just 3.4 seconds. And its lap of seven minutes and 24 seconds is just low enough to see it make the top ten. Unfortunately, thereâ€™s a distinct lack of footage onlineâ€¦

A Chevrolet engineer by the name of Jim Mero took the Corvette C6 Z06 around the NÃ¼rburgring in 2011 in the rather rapid time stated above. The Z06 that was used was fitted with the Z07 chassis package, which included new Michelin tyres, Brembo carbon-ceramic brakes, a new traction management system, and improvements to the aerodynamics.

The V8-equipped C6 ZR1 may have been a step up in price and power from the Z06, but it was only about three seconds quicker around the famous German track. Mero was again the mad-man behind the wheel, in a test that was conducted just two weeks prior to that of the Z06. Like its speedy little brother, the ZR1 made up plenty of time thanks to its special optional Michelin tyres.

Built by Dutch manufacturer Donkervoort, the D8 RS is one of the more unusual vehicles on the list. The lightweight sportscar used a 1.8-litre turbocharged Audi engine, which sent around 257kW to the rear wheels through a five-speed manual gearbox. In 2006, it set its quickest time, bettering its 2004 effort by close to four seconds. But is it a true production car? You decideâ€¦

In 2011, a special version of the Lexus LFA made a bit of a mockery of the Nordschleife. The NÃ¼rburgring package added a mere 7kW to the â€œstandardâ€ LFA V10â€™s 413kW output, but crucially also included a tweaked transmission, uprated suspension, lightweight alloys, and some clever aerodynamic fettling. The result? Sixth place on this list. Rather impressively, the LFA NÃ¼rburgring Package is said to have hit 292km/h on the final straightâ€¦ uphill.

Those under the impression that American cars cannot go around corners without crashing spectacularly may be surprised to find the Viper ACR in the top five. Back in 2011, this 8.4-litre V10 beast â€“ with a distinctive aerodynamic package (featuring a carbon-fibre front splitter and massive rear wing), lightweight alloys, and sticky Michelin tyres â€“ was thrown around the â€˜Ring by SRT factory driver Dominik Farnbacher. And it didnâ€™t crash.

The Gumpert Apollo Sport isnâ€™t something youâ€™d often see off a racetrack. But itâ€™s still apparently road-legal in many countries and counts as a production vehicle. A pants-wettingly fast one at that. In 2009, Florian Gruber bravely piloted the German-built Apollo Sport around the â€œNorth Loopâ€, making full use of the turbocharged Audi V8 squeezed under the bonnet. And that time is still good enough for fourth on our list today.

What do you do when your already insane Nissan GT-R simply isnâ€™t fast enough? Trade it in for the Nismo version, of course. Towards the end of 2013, German driver Michael Krumm completed a lap of the â€˜Ring in a smidgen under seven minutes and nine seconds. His weapon of choice? The GT-R Nismo with track options, consisting of an aerodynamic package, some weight reduction, and plenty of tuning of the suspension. The lap was quick enough for Nissan to claim that the GT-R Nismo owns the â€œvolume production carâ€ lap record.

Yes, the second fastest production vehicle around the NÃ¼rburgring is a petrol-electric hybrid with a claimed fuel economy of 3.0 litres per 100km. Of course, itâ€™s also face-meltingly fast, particularly with the factory-installed Weissach Package, which cuts the vehicleâ€™s weight and makes it even more slippery through the air. Thatâ€™s enough to see the sprint from standstill to three figures plummet to somewhere in the region of 2.5 seconds. And a lap of the NÃ¼rburgring Nordschleife? Comfortably below the seven-minute barrier.

In 2005, the Radical SR8 turned in a lap time of six minutes 55 seconds. Four years later â€“ with the same man (Michael Vergers) at the wheel â€“ the LM version bettered that by a full seven seconds. But should the Hayabusa-based 2.6-litre V8 British trackday special be on this list at all? Is it really a full production, road-legal motor vehicle? The answer, seemingly, is yes. But only just. The Radical SR8 LM treads a fine line between street-legal car and full-bore racer, but manages to err on the correct side for the purposes of this list. It was, after all, driven straight from the factory in England to the â€˜Ring in Germanyâ€¦ 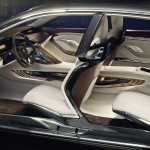