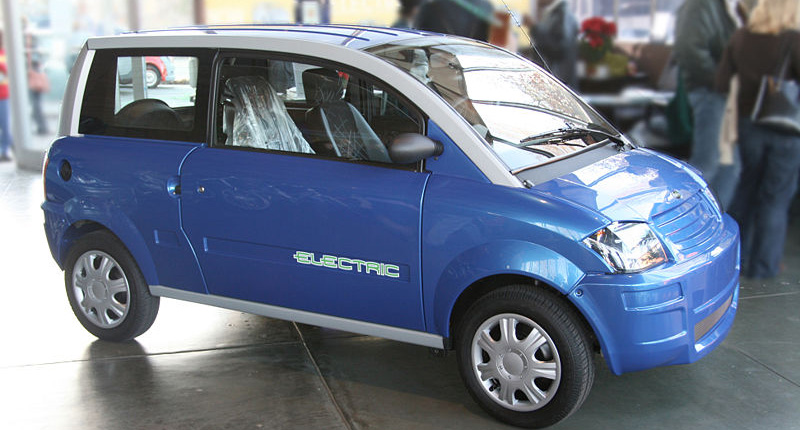 Humans tend to learn by trial and error. Automakers, it seems, are the same (popular knowledge suggests they are run by humans, after all).

In the realm of the electric car — which is said to have started as long ago as the mid-19th century — there have been many trials. And many, many errors. But there are now finally a handful of modern electric vehicles (EVs) that are proving to be something at least approaching a success â€“ if only in those select markets that boast adequate infrastructure.

Yes, the humble Nissan Leaf has almost silently moved into the lead as the worldâ€™s best-selling all-electric car (despite failing to reach its initial sales targets), while Tesla has added a certain element of desirability to the EV, first with its sporty Roadster and now with its Model S luxury sedan (a Model X SUV is said to be on the way, too). The innovative BMW i3, of course, is all but certain to join this growing list of semi-success stories in the very near future.

Bear in mind that weâ€™re talking pure electric vehicles here and not plug-in hybrid EVs (that means you escape analysis, Fisker). Were the five vehicles profiled below doomed from the very beginning? Perhaps, but in some small way they helped to pave the way for the likes of the Leaf and the Model S. 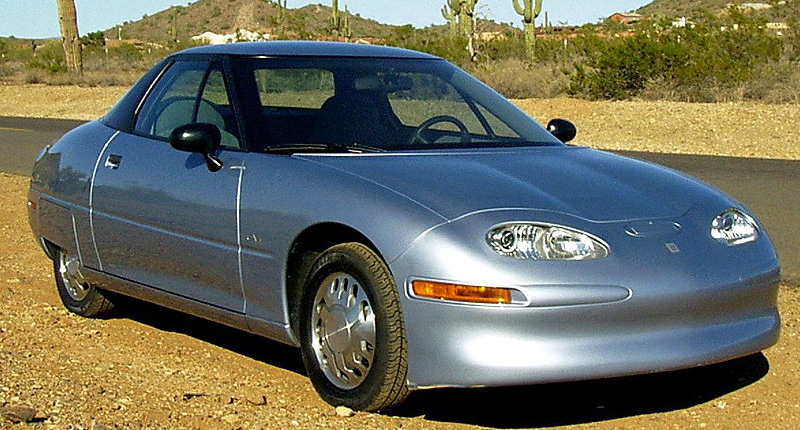 Back in 1990, General Motors unveiled the Impact electric concept car. The world oohed and aahed with such enthusiasm that GM decided to build the first mass-produced electric car of the modern era. The ill-fated EV1 was thus born in 1996.

Interestingly, one couldnâ€™t actually buy an EV1. No, GM would only lease the vehicles to residents of certain areas in the US, despite largely positive public reaction. Then, rather suddenly, the giant automaker chose to repossess and crush all of its electric vehicles, citing a belief that there was absolutely no money to be made in the segment.

The discontinuation of the American automakerâ€™s EV plan prompted other manufacturers to follow suit, eventually leading to a slackening of regulations that were put in place to force car-makers to build and sell zero-emissions vehicles in parts of the US. And GMâ€™s abrupt about-turn was so effective there is apparently just a single working EV1 in the world today. 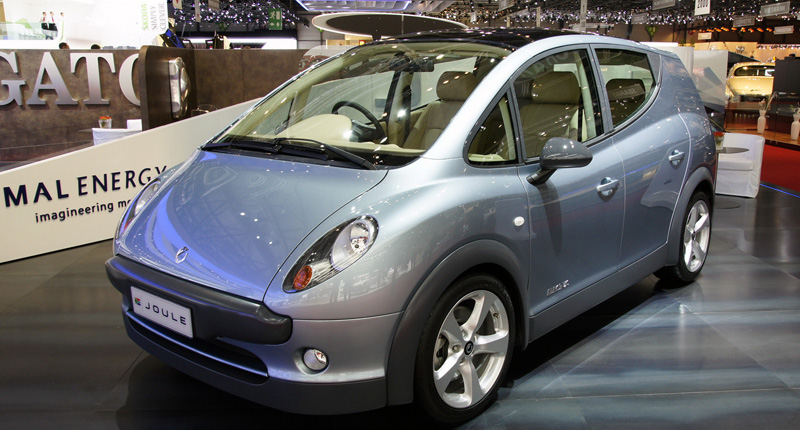 This one was a bit of a fairy-tale, just without the fairy-tale ending. A South African company began working on the aptly named Joule back in 2004, revealing it to the world in Paris in 2008, and again (this time a closer-to-production version) in Geneva in 2010.

The Joule was a five-seater capable of highway speeds, with a claimed 0-60km/h sprint time of less than five seconds (and 0-100km/h in around 15 seconds). Its range was said to be in the region of 150km and it even boasted a 700-litre boot. It all looked very rosy indeed.

Thing is, although a few Joule models were built in Port Elizabeth, they never actually hit dealership floors. With the company failing to nail down a commercial partner to help facilitate mass production, the project was halted in 2012, before Optimal Energy itself was forced to close its doors. 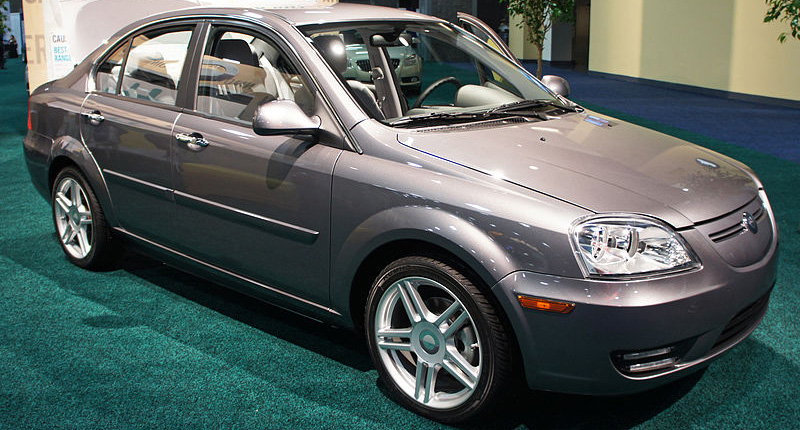 Coda Automotive, a California-based company, decided that the best way to make a success of its EV plans was to use an existing vehicle as a base. It opted to re-engineer a Chinese car â€“ the Hafei Saibao — which itself happened to be built on an old Mitsubishi Lancer platform.

Production of this four-door Coda endured a number of hiccups before the model eventually went on sale â€“ exclusively in California â€“ in 2012. The Coda had a range of around 140km, and its on-board charger apparently supplied juice twice as fast as the Nissan Leaf.

But after moving just a handful of units and even suffering a recall for dodgy airbags, the company filed for bankruptcy in 2013. It said it hoped to emerge from the process, abandon car manufacturing altogether and â€œfocus on energy storage solutionsâ€.

Why did the ZENN fail? No, it wasnâ€™t the horrible name (which, incidentally, stands for Zero Emission No Noise). It was simply too slow. Okay, that may be a little unfair seeing that the two-seater was initially designed as a â€œneighbourhood electric vehicleâ€.

Still, the ZENN — which was based on the Microcar MC2 — was painfully slow. Despite being able to reach just 40km/h, its range was limited to a paltry 64km. As such, this expensive little Canadian EV was not allowed to be operated on public roads in its home country for many years.

Eventually, in late 2010, the ZENN Motor Company decided to stop producing its EV â€“ and abandoned plans to build the highway-capable cityZENN, too â€“ citing slow (thereâ€™s that word again) sales as its primary reason. Its new plan of action? Peddling its drive-train technology to other auto manufacturers. 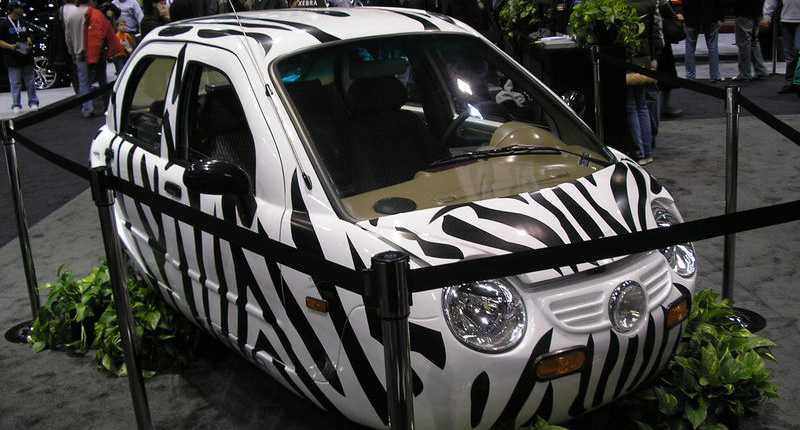 The ZAP Xebra â€“ which was built from 2006 mainly for a US market â€“ had one redeeming characteristic: it was rear-wheel drive. Thing is, it sported just one wheel at the front, making it more of a three-wheeled electric motorcycle than a car.

This oddball EV was available as either a four-seater sedan or a pickup (rated to carry loads up to 460kg), and couldnâ€™t go much faster than 60km/h or much farther than 40km. It measured less than 3m-long, and although it employed disc brakes, they apparently werenâ€™t very good (there was no ABS, power assist or regenerative function). At all.

Eventually, the Xebra was killed off in 2009â€¦ but that isnâ€™t the end of the story. In 2013, after ZAP recalled all Xebra models built from 2008 to attempt to resolve a rather worrying â€œbraking issueâ€, the National Highway Traffic Safety Administration ordered the company to buy back the offending vehicles and have them destroyed or â€œotherwise permanently disabledâ€. Why? Apparently, the ZAP Xebra failed to meet the braking requirements of a simple motorcycleâ€¦ 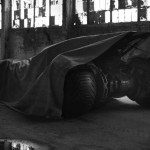