More
Home
Subscribe
Skip
Continue in 10 seconds
Skip
By Stuart Thomas
Read nextCould the car as we know it be dead by 2035? 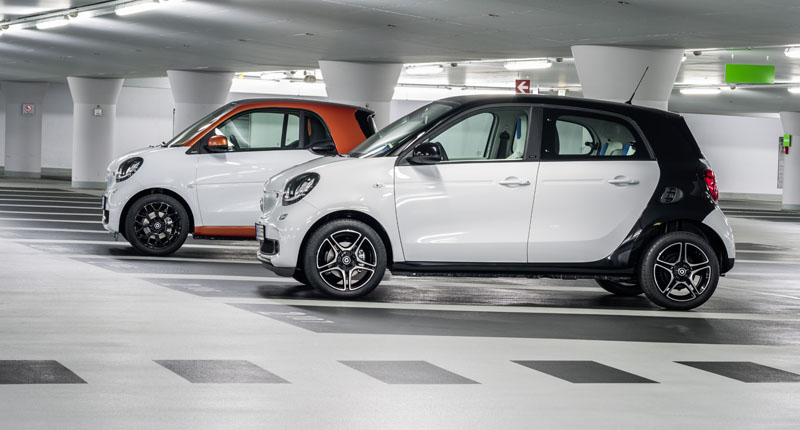 Mercedes Benz recently unveiled new versions of the Smart Fourtwo and Forfour city cars. Except this wasn’t just another case of iteration, one model following the next. Instead it was more completely rebooting a marque that promised a lot early on but which has failed to deliver in the past few years.

Sure all the ingredients that made Smart seem so appealing are all still there — the size, the funky colours and tiny engines — but the Smart Fortwo of today is a very different vehicle to the one which had its last big overhaul as far back as 2007.

It had to be. After all, the company that originally made the various Smart models was liquidated and its operations were absorbed by DaimlerChrysler directly back in 2006. Flying under the Merc banner, these are the two Smart models that have to prove to Daimler that it did good thing in keeping the badge alive.

The funny thing is, the German automotive giant may just have cracked it with these two. I mean we’re not saying that everyone you know will be driving a Smart within the next few years, but there’s every chance that the new models could actually result in some success for Smart this time around.

It would’ve been tempting for the designers at Merc to make the Fortwo especially just that little bit larger, to make changes based on what we traditionally define as practicality — a bigger boot, more headspace, more legroom — but that’s not the point of a good city car. It’s meant to be small so that you can parallel park in spaces no one else would even dream of trying to fit into.

The Fortwo is 2.69m and has the kind of turning circle a mouse would be proud of, while the Forfour is only about a meter longer. In fact, Smart claims that the new ForFour’s turning circle is almost as small as the old Fortwo model (wall to wall: 8.75 m). Its statistics are 8.65 m (kerb to kerb) and 8.95 m (wall to wall).

The chunkier tyres also mean that you’ll probably also be able to mount sidewalks fairly easily, which is great if you live in the kind of European city with a callous disregard for conventional parking rules.

2. They come with decent tech

One of the biggest problems with the original Smart Fortwo and Forfour was cost. They positioned themselves at a higher price point than any of their equivalents without really being able to convince anyone of why this should be the case.

The new models play up to chances that your average city dweller wants their car to be an extension of their gadget-driven lifestyle. The most obvious nods to the importance of consumer facing technology are the touchscreen operated control panel and booming soundsystem.

The early models of the Fortwo especially looked as if they could be pushed over without too much effort. To put it another way, they looked like they were designed for the automotive equivalent of cow tipping (something which a fair few people actually took to heart).

The new models meanwhile look like they’ve been to the gym, with the updated Fortwo having the bearing of a traditional rugby prop. And while the Forfour isn’t what we’d call good-looking it doesn’t exactly look like it would blow away in a heavy gust either.

The new Smart models have been developed in partnership with Renault and will share 70% of their parts with the Twingo. A few years ago, you would’ve been laughed out of the room for suggesting that was a worthwhile partnership. Here’s the thing though, the Twingo is a bloody good car. Add in Renault’s impeccable safety credentials and its increasing capabilities when it comes to reliability, combine it with Merc’s tech and you have the potential for a very good partnership.

Another major issue with earlier iterations of the Smart car was safety. Thankfully Merc appears to have rectified this with the Smart models.

The cars’ new safety cells for instance are made from tridion. Crosswind Assist comes standard, while Lane Keeping Assist and a forward collision warning system come as optional extras. The customary bag including ESP and ABS is also included, as well as an engine start button.

Don’t buy it? Here’s footage of an S Class smashing into the new Fortwo.

While the original Smart claimed to be environmentally friendly, its fuel consumption was actually pretty average. At a claimed 4.1 l/100 km, the new model is significantly better and, with a CO2 output of 93 g/km, it’s right up there with the top low emission vehicles on the planet right now.

The Forfour’s emissions are a little higher but have similar levels of improvement.

If the Ford Fiesta eco-sport taught us anything, it’s that small engines can produce serious performance. Merc appears to have taken that message on board with the Smart. A torquey mid-range 71-horsepower 1.0-litre engine unit is available on launch, with a cheaper, less powerful variant set to arrive later. A turbocharged 90-horsepower 0.9-litre power unit with an electronically-controlled wastegate will headline the range. 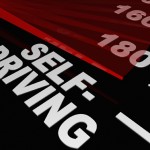