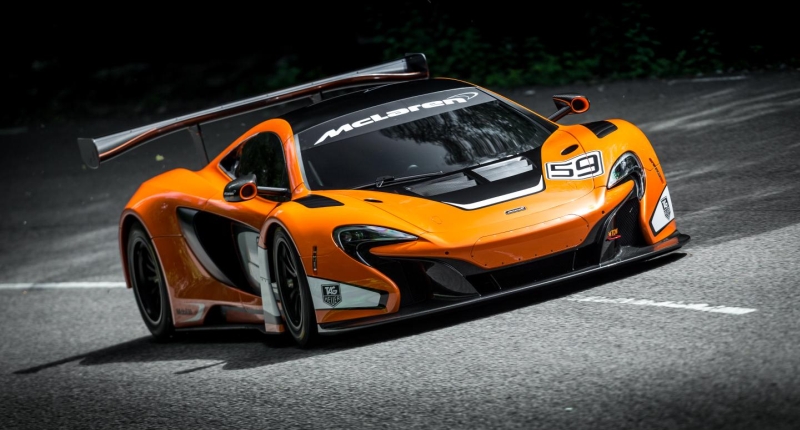 The Goodwood Festival of Speed is debatably England’s premier motorsport show, taking place every year since 1993 in West Sussex’s height of summer. The Goodwood House and its stoned walls flank the iconic hillclimb, a strip of tarmac used decades before the event became a social and motoring highlight. The tradition of returning every June/July to British motorsport’s spiritual home is now held in high esteem by all in the motoring world.

Its popularity is unquestionable. Personalities and legends from F1 champions John Surtees and Emerson Fittipaldi to NASCAR great Richard Petty and Le Mans master Derek Bell all graced the lawns this year.

In addition, the 150 000 spectators got up close and extremely personal with some rare and rapid vehicles.

All this hype makes it a perfect place for the odd car launch or two.

This year’s edition of the motoring festival saw an unprecedented number of new cars. From supercars, to prototypes and concepts, to more practical drives, Goodwood surely had them all.

A product of Jaguar’s new Special Vehicle Operations, the “fastest and most powerful production Land Rover” ever made is a vehicle traipsing the thin tightrope between simplicity and absurdity. The Union Jack-adorned prototype is faster than most hot hatches and some supercars, spitting out 550 horsepower and boasting a 0 to 100km/h time of under five seconds.

Add a few suspension tweaks, an eight-speed performance transmission from ZF and a much lower stance, and the SVR (according to test drivers) performs more like a sports car than an SUV. Although it may be slightly over the top, and sport AMG-levels of brashness, one can’t deny that this car sounds like a hive of knife-wielding hornets. While it is an SUV, we doubt customers will want to get this Range Rover muddy. Mundane would be an unfair way to describe the unusually named Cactus. Citroen’s latest crossover-slash-hatchback-slash-styling experiment didn’t take to the track in any form at Goodwood, but the car garnered more than a few interested glances.

Instead of loudly lauding how much power it has, Citroen’s central focus for the Cactus is economy, simplicity and practicality. Fuel economy is a claimed 2.58L/100km while it sports running costs 20% lower than other hatches in the segment. The car should shake up the hatchback segment nicely from September this year, but just don’t expect the Cactus to be too sharp through the corners. Back to the spectacular. Many marques exhibited “Gran Turismo” concepts that are about as sublime as they are ludicrous. Polyphony Digital’s program encourages users to develop custom concepts for use within the Gran Turismo gaming environment, paying homage to the PlayStation game’s 15th anniversary. Nissan, however, has gone one step further by bringing the four-wheel drive, shark-like 2020 Vision into tangible reality.

The gaping front airdam and the sleekest of lines makes this car both aggressive and elegant. Of course, we may never see the 2020 Vision roar and pounce like its predatory facade would suggest, but design cues may actually hint at the new GT-R design direction — Nissan’s supercar contender slated for future release. Koenigsegg will never make an ordinary car. Ever. And this is about as special as vehicles come. Bugatti’s 1000-horsepower Veyron was special, but the Agera One:1 is just something more. Dubbed as a “megacar” by its manufacturer, the Agera has “1 megawatt” (1340 horsepower) of grunt on tap and can get to the astronomical landmark ofÂ  400km/h from a standstill in just 20 seconds. The Veyron, in comparison, takes 55 seconds.

The manic twin-turbocharged 5.0-litre V8 also makes it the first production car ever to achieve a 1:1 kilowatt-to-kilogram power-to-weight ratio. It can also run on biofuel, remarkably, making it more green than most supercars on the market. It’s price also makes it one of the most expensive, costing a cool US$4.25-million or around the same as a seaside villa. Volkswagen usually lets one of its luxury marques build the breathtaking machinery while it takes care of practical buyers’ needs. Bentley, Audi and Bugatti have all released some stunners this decade, but the Wolfsburg-manufacturer has just showcased what is possibly its most beautiful car ever, thanks to another Gran Turismo-inspired venture.

It’s called the GTI Roadster, and we hope VW starts building it tomorrow. It’s an open-top, two-seater work of sheet metal art with subtle VW-esque design cues. Massive 20″ wheels, an oversized rear wing and a wrap-around windscreen completes the racy profile. A 3.0-litre bi-turbo engine produces power to match the looks — a full 496 horsepower — while a top speed of 309km/h is achieved through VW’s 4MOTION all wheel drive system. It sounds like a vehicle that could easily slot in above the Scirocco in VW’s product line. The worst looking of the Gran Turismo cars on offer, the DP-100 is however, no less impressive. The mid-engined, 800-horsepower V12 is about as powerful as supercars come, while the orange and baby blue paint job elegantly doffs its cap to Aston’s famed racing pedigree.

According to the designers, it took around six months to style and engineer, while the car’s body panels can literally adapt physically to the aerodynamic load exerted. Whether Aston Martin will ever decide to build such a monster is beyond guess, but the car will be available to drive, digitally at least, when Gran Turismo 6 launches in a few weeks. McLaren was another manufacturer not far from its home event either. The company, while showcasing some of its iconic Formula 1 cars, had time to unveil its new McLaren-orange 650S GT3 (in case the standard 333km/h 650S is too slow).

The GT3 is however made for genuine racers in mind, quite literally. Only 15 are currently scheduled for production, powered by the marque’s iconic 3.8-litre V8. Drivers also get reworked aerodynamics, a wider track and massive rear wing. Although it’s unlikely we’ll see this monster on the road anytime soon, it should replace the highly successful 12C GT3 in sports car championships around the world. We may even see it race at Le Mans next year, which would be the first time McLaren took part in the event since 1988. Infiniti’s new supercar-killer, the Q50 Eau Rouge Concept, looks less dramatic than it’s performance would suggest. Named after one of motor racing’s most feared corners, Spa Francorchamp’s Eau Rouge has claimed the lives of many drivers and vehicles in the past. The Q50 not only pays homage to them, but to racing around the iconic circuit.

The car itself employs some Formula 1 gadgetry thanks to their partner and current F1 Champions, Infiniti Red Bull Racing F1 team. It’s 3.8-litre, twin-turbo V6 pushes out 568-horsepower, which is not far off the current breed of F1 cars. In fact, RBR head Christian Horner had the chance to pilot the Q50 up the Goodwood hill, to rapturous applause aided by the Eau Rouge’s roar. Billed by Bentley as a “new chapter in performance focussed luxury,” the company surely undersells the abilities of this insane piece of engineering. What is definitely the fastest accelerating Bentley ever produced, the GT3-R has a pumped up 4.0-litre twin-turbo V8 producing around 580 horsepower. It’s also features two seats less than the standard Continental, and weighs 100kg less than it’s ordinary V8 brother. Somehow, the GT3-R still weighs a paunchy 2.1 tons.

With all that belly to lug around, one would think it to be as sluggish as a sloth, but it reaches 100km/h from a standstill in 3.6 brief seconds, while doing so with pure Bentley grace. Only 300 bespoke examples will be made, unfortunately, but judging by Goodwood’s reception of the vehicle, we could see luxury-orientated marques experiment even more with hot variants of their cars in the future. 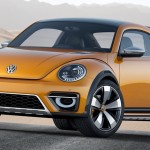