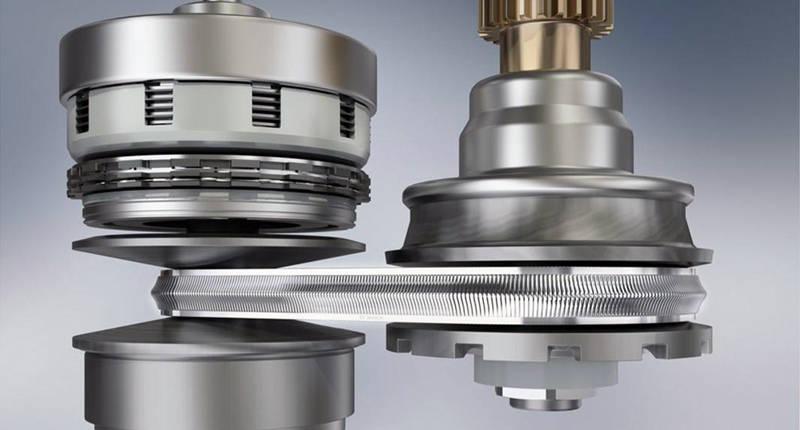 Bundle a bunch of random people into a cramped room, surreptitiously lock the door and quietly introduce the topic of automobile transmissions.

Chances are, the group will immediately fracture into two opposing camps: one overwhelmingly in favour of self-shifting gearboxes and the other doggedly defending their right to change cogs themselves. And possibly a few stragglers more interested in recording a Vine of the impending fist-fight.

But where does the continuously variable transmission fit in (CVT)? Well, while it may strictly be classified as an â€œautomatic gearboxâ€, itâ€™s also a little different â€“ both in theory and practice. So, what exactly is a CVT and how does it differ from a regular torque converter or dual-clutch transmission?

Simply put, a CVT flits seamlessly through an almost infinite number of gear ratios (between given values, of course), rather than a fixed number of distinct cogs. The result is an inbuilt ability to keep the engine ticking over at its most efficient RPM for any given vehicle speed, which in turn facilitates a significant improvement in fuel economy. Thing is, CVTs are generally entirely uninvolving to use and most feel absolutely nothing like more traditional autos. In fact, driving a CVT-equipped vehicle for the first time â€“ with the accompanying â€œhair-dryerâ€ drone and â€œslipping clutchâ€ sensation â€“ can be an utterly odd experience. Hit the loud pedal and the revs rise quickly, before stopping at the most efficient point and staying there as the vehicle steadily accelerates. Itâ€™s all rather unfamiliar to the average motorist.

Odd it may be, but there are undeniable advantages to the CVT, even over and above that of efficiency. For example, since this type of transmission requires very few moving parts (simplistically speaking, itâ€™s nothing more than a system of pulleys and belts), wear-and-tear is minimal.

And the â€œshift shockâ€ experienced with most traditional autos is also eliminated, which makes for a far more comfortable drive. Similarly, acceleration is pleasingly linear, which means a perky engine linked to a CVT can make for a properly fast vehicle â€“ even if it doesnâ€™t feel quick in the traditional sense.

CVTs are becoming more and more popular â€“ so much so that they are no longer limited to low-powered vehicles and runabout hybrids. For instance, Subaru (which makes some of the best CVTs weâ€™ve experienced) has even started offering its Lineartronic CVT on the latest WRX performance sedan.

But not all manufacturers are convinced. In fact, Audi recently announced plans to kill off its â€œmultitronicâ€ CVT, which suggests the German automakerâ€™s next-generation models will instead use an evolution of the popular dual-clutch gearbox (you may well remember Audi settling a 2011 class-action lawsuit over alleged defects with some of its CVTs). Interestingly, Nissan has also had huge problems with its CVTs, resulting in costly repair bills, petitions for recalls, legal action and eventually extended warranties.

Of course, a considerable obstacle facing the CVT is that most drivers simply arenâ€™t accustomed to how it feels, and thus dismiss it out of hand. And, in an attempt to address this very issue, many automakers have added â€œvirtual stepsâ€ to their CVTs, bizarrely introducing artificial â€œshift shockâ€ to make the experience more familiar to motorists. Thing is, adding steps to a stepless transmission is wholly counterproductive and negatively affects efficiency, i.e. the CVTâ€™s main draw-card.

So, should we simply get over our CVT queasiness and embrace the fuel-saving technology for what it is? Should we learn to love â€˜em or rather than instinctively loathe â€˜em?

Well, it really all depends on what type of driver you are. The driving enthusiast who prefers to be fully in control of the transmission will not be swayed: the much-loved manual gearbox will forever take first place, with a sporty dual-clutch in second, and the dreaded CVT bringing up the rear.

But for the motorist who prefers the convenience of a self-shifter and wants the added benefit of improved efficiency (and doesnâ€™t care one bit about the numb driving experience and unfamiliar noises), the CVT makes as much sense in reality as it does on paper.

And therein lies the answer to our initial question: hate the continuously variable transmission all you want, but itâ€™s here to stay. Why? Well, the world (regrettably) contains far more reluctant drivers than enthusiastic onesâ€¦ 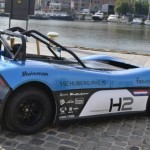