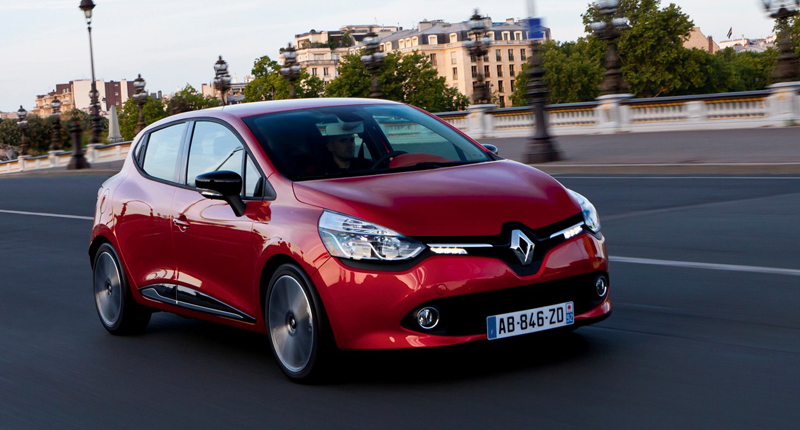 High five Renault, because in July this year 1 567 Renaults found new homes in South Africa, according to the new passenger vehicles sales complied by NAAMSA.

The bulk of those sales are made up by the budget beating new Sandero and the rugged Duster SUV (417 and 421).

The big surprise though is that Renault sold 425 new Clios IVs in the same period.

High five indeedâ€¦or should that be high four?

Having driven the Sandero and Sandero Stepway back-to-back recently (with a Duster on the way soon) and coming away mightily impressed by interior quality, stand spec, the impressive 900cc turbo engine and the overall value for money offering of the new Sandero, I was intrigued as to how the new Clio would stack-up in what is probably one of the hottest contested market segments. A segment dominated by the evergreen and ever crowd favourite â€“ Volkswagen Polo.

Shew! It doesnâ€™t half look good Indeed, what a departure from the previous generation Clio and even in base trim the Clio IV is a stunner from almost every angle. The word sporty is thrown about with abandon in motoring circles but in the case of the new Clio. Sporty is the right word for the occasion.

The gapping airdam, swollen wheelarches which seamlessly rise into the bulging waistline, the sill treatment, large racy alloys and even the rear with its faux diffuser, really does it for me. Itâ€™s a very well balanced design and as far as small hatchbacks go, the Clio IV is certainly winning the race in my opinion.

Jump inside courtesy of keyless entry (the little flat credit card type key fits neatly into a jean pocket) and the dynamic exterior is carried over into the interior. Okay, so the acres of piano black plastics on the centre stack, door cards, speaker covers and steering wheel might not be to everyoneâ€™s taste and could end up showing scratches and smudges easily. The rest though is soft touch and squidgy and all-in-all the new Clio has ramped up perceived interior quality in a big way and is just on par with the German competition.

The multi-fucntion steering wheel is beautifully thick, leather trimmed and feels just right, the gear lever falls perfectly to your left hand. The semi-leather seats are height adjustable, for the driver at least, and ensconced even my large frame just fine, combined with a steering wheel which is adjustable for height and reach, finding a snug and comfortable driving position was easy.

Okay, youâ€™re gushing. It is any good to drive? Thereâ€™s a choice of two engines in the line-up, a naturally aspirated 1.2 mustering only 55kW and 107Nm in one â€˜Authentiqueâ€™ trim level or the top spec 66kW 135Nm 900cc turbo triple, as seen in the Sandero/Stepway in either Expression or Dynamic trim.

I was super impressed by this dimunitive engine in the Sandero, however in the Clio it just doesnâ€™t feel right. Where in the boggo Sandero it feels punchy and edowered with plenty of torque even at low revs and once the turbo has kicked in, in the Clio it just felt underpowered and very undertorqued. Which is strange. I figured it might be that the Clio is significantly heavier but a closer look at the data reveals that the Sandero (in Stepway guise) weighs in at 1023kg and the Clio at 1009kg (kerb).

Ah well, câ€™est la vie. Engine woes aside the little Clio is a pleasure to drive. Stir the gearbox regularly which is both precise and tight in feel, and youâ€™ll be able to take the odd little gap in traffic and keep up with the freeway flow easily. Point it at a large incline though and you feel that lack of engine capacity and low down torque. Line up a set of switchbacks though and the Clio is surefooted and a hoot to really throw around, so much so the RS Clio Cup Iâ€™m due to drive soon canâ€™t come soon enough. It rides comfortably enough on what are quite large alloys (17 inch in Dynamic trim) and is compliant other than on seriously corrugated roads, but then what isnâ€™t in this segment?

And on the tech front? The problem nowadays is that if our (cheap) hatchback doesnâ€™t come with Bluetooth and a touchscreen weâ€™re off to size up the competition. Fact is, is that not so long ago, even electric windows all round wasnâ€™t a given and if weâ€™re honest, these days weâ€™re spoilt for choice with regards to standard equipment levels in small, cheap(er) cars.

On the top of the range 66kW Dynamic spec Clio that I drove there is a fair amount of tech for the R207 900.00 asking price. Keyless entry and go, LED daytime running lights, on board computer, electric defrosting side mirrors, rear park assist, a fixed panoramic roof, climate control, light and rain sensor, touchscreen with navigation, Bluetooth and USB connectivity, multifuntion steering wheel are all standard fare. So too a 3 year / 45 000km service plan and 5 year / 150 000km waranty.

Alright, the big question. Would you buy one, say, over a new VW Polo?

I would actually, however there is a huge but, only if Reanult offered a slightly more powerful engine option, besides the Renault Sport Clio of course. For the exact money (R207 900.00) you can have the new Volkswagen Polo 1.2TSi Comfortline (66kW 160Nm). While you might argue that 300cc and 35Nm wonâ€™t make much of a difference, having driven the new Polo directly after the Clio, the increase in engine capacity and torque is noticable and offers far more comfort in everyday driving conditions.

There is tradeoff though, if you opt for the Polo, and that is style. It just doesnâ€™t have any and if you can look past the slightly underpowered engine, the new Clio is brimming with French flair, good dynamics and a healthy wallop of standard tech, more so than the new Polo, and in that regard it surely is worthy of a high five! 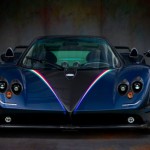